If you believe the self-effacing prose from automotive pundits like Jack Baruth you might get the impression that old cars are terrible and rebuilding a suspension will cost you $12,000 (Canadian dollars maybe?) and the car will still be terrible.  On the opposite side of the racetrack you’ll find forum posts describing a similar experience to the hoots and cheers of a crowd of fan boys.  The truth probably lives somewhere in the middle, but you’ll have to do it yourself to know for sure.  Pickup this 1986 Mercedes-Benz 190e 2.3-16v Cosworth for $5,000 in SF Bay Area, CA via craigslist.  Tip from Kaibeezy. 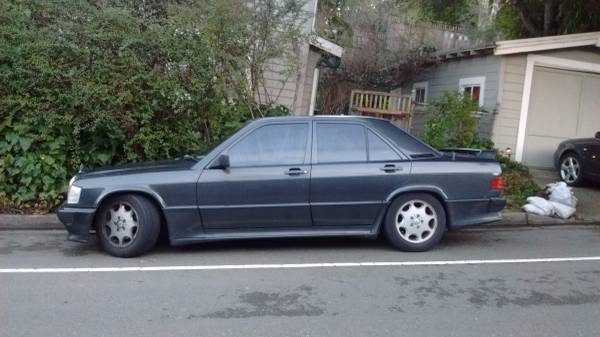 The W201 190E was compact luxury sedan from Germany, but the 2.3-16V Cosworth edition was something entirely different.  Under the hood was a revv happy 4-cylinder married to a dog-leg style 5-speed gearbox that was ostensibly designed so that Mercedes-Benz could go rally racing with the 190E body. 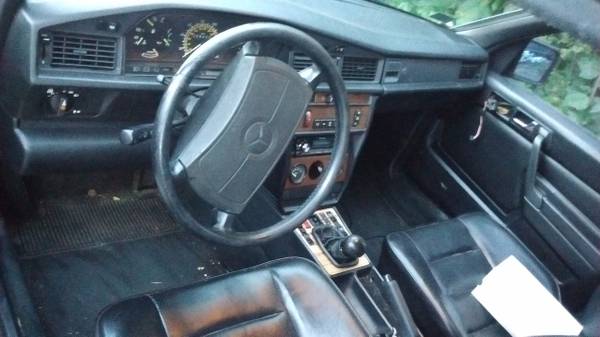 The 2.3-16V is powered by an M102 2.3 liter inline-4 cylinder engine
capped with a Cosworth engineered DOHC cylinder head good for 185
horsepower and 174 ft-lbs of torque.  The Getrag dog-leg gearbox
features an offset first gear and gears 2-3 and 4-5 live front to rear
for a supposedly better setup for racing…but mostly just caused a lot of confusion at the valet parking stand. 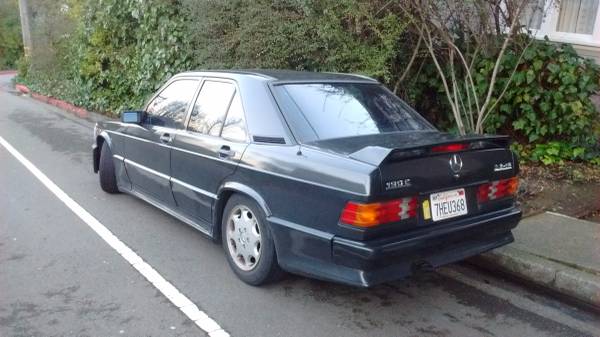