The Dodge Dart was one of the most durable cars of the 1970’s. The inline slant 6 engine garnered a reputation for being nearly un-killable. Most cars back them didn’t even have a six digit odometers. The slant six was offered in almost every car and truck in the Mopar line up. The third generation Dart was produced from 1967 to 1976. We have a unmolested survivor with a claimed 45,000 miles for sale in Meriden, CT 1974 Dodge Dart Swinger for $6500. 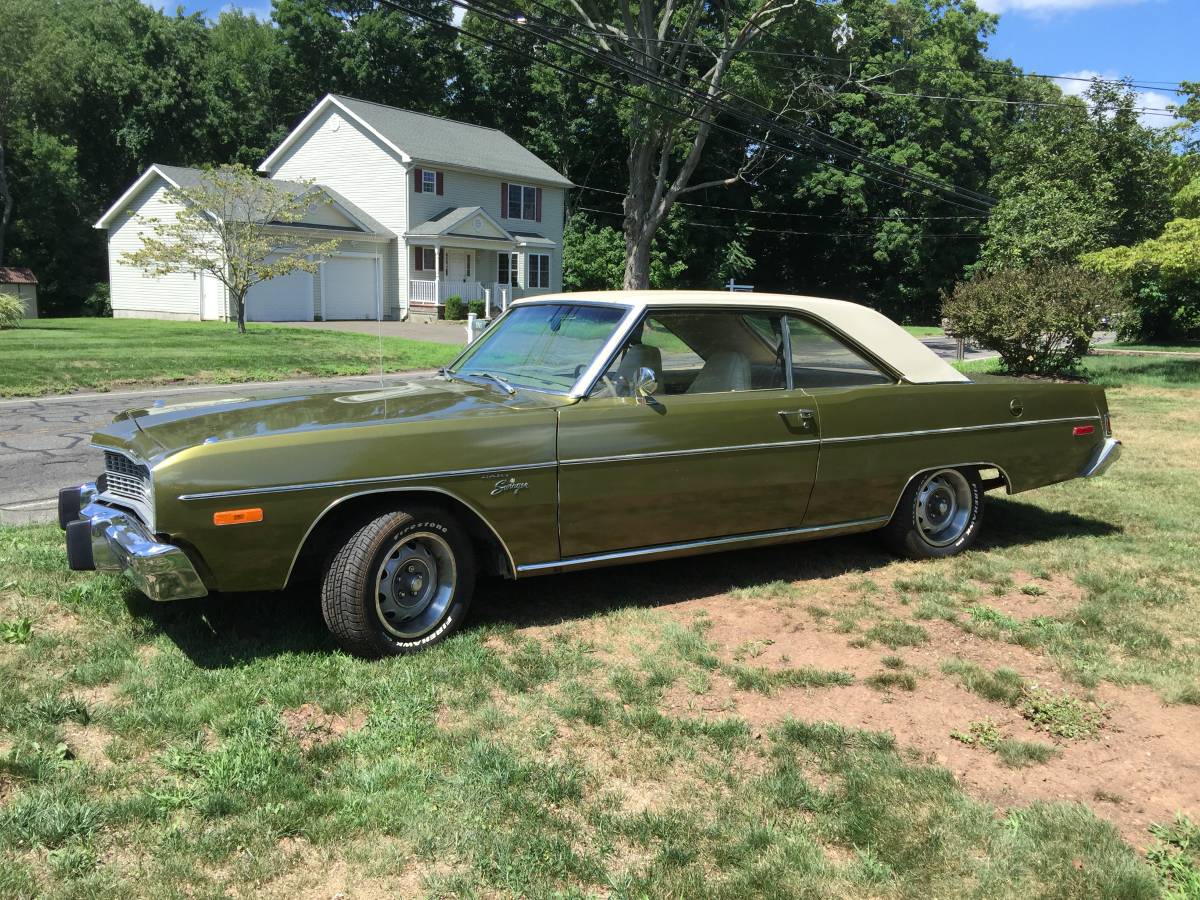 Cars of this period of time had a few interesting features that have largely disappeared from the 2016 automotive conversation. The first of these features is the distinctive 1970’s palette of exterior colors. Our Dart is wearing a handsome shade of what would best be described as pea green. Can you imagine a late model Hyundai Accent slathered in this color? 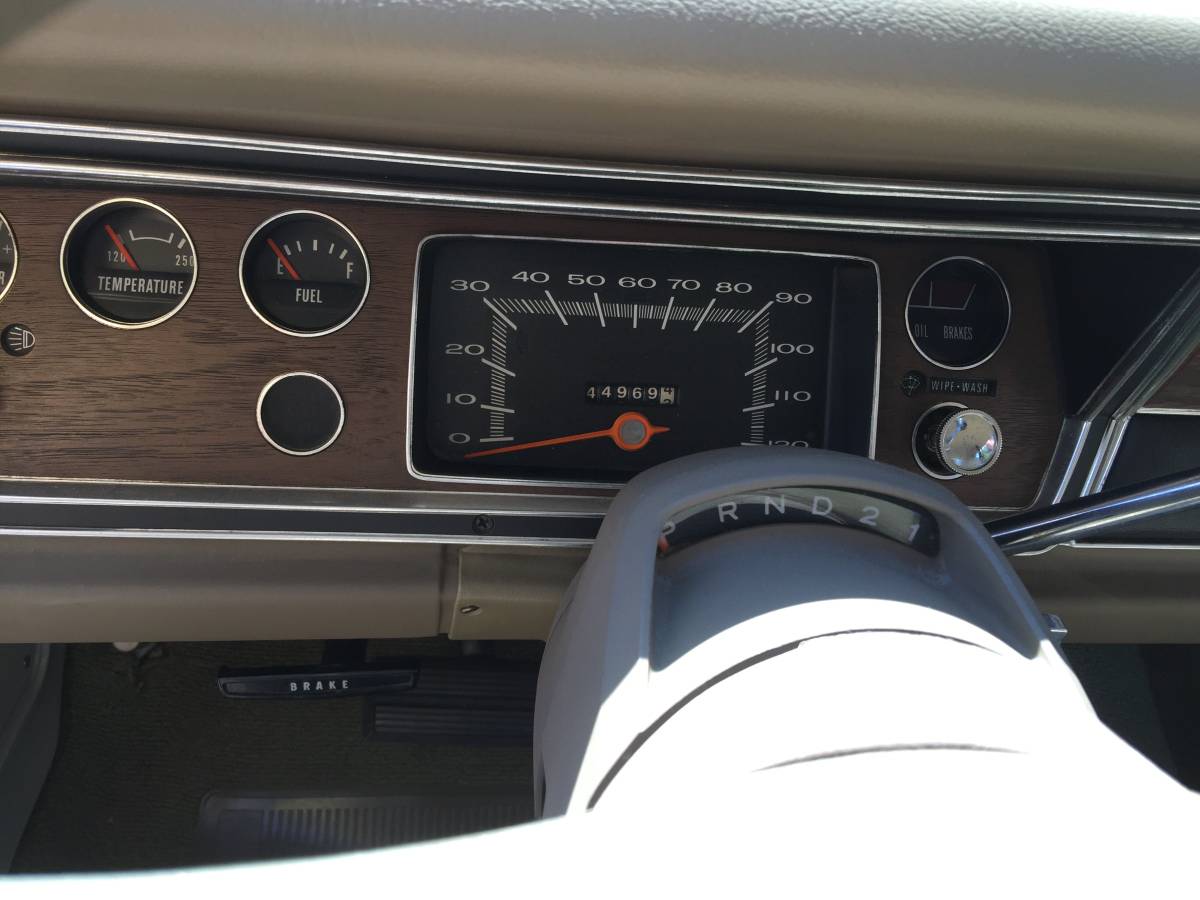 The second feature is the vinyl or landau roof. The landau roof was definitely in its heyday in 1974. This vinyl roof styling exercise has found its was into the graveyard right alongside window louvers, swivel bucket seats, and 1/4 front smoking windows . The 2002 Lincoln Continental was one of the last cars to have factory a vinyl roof option. 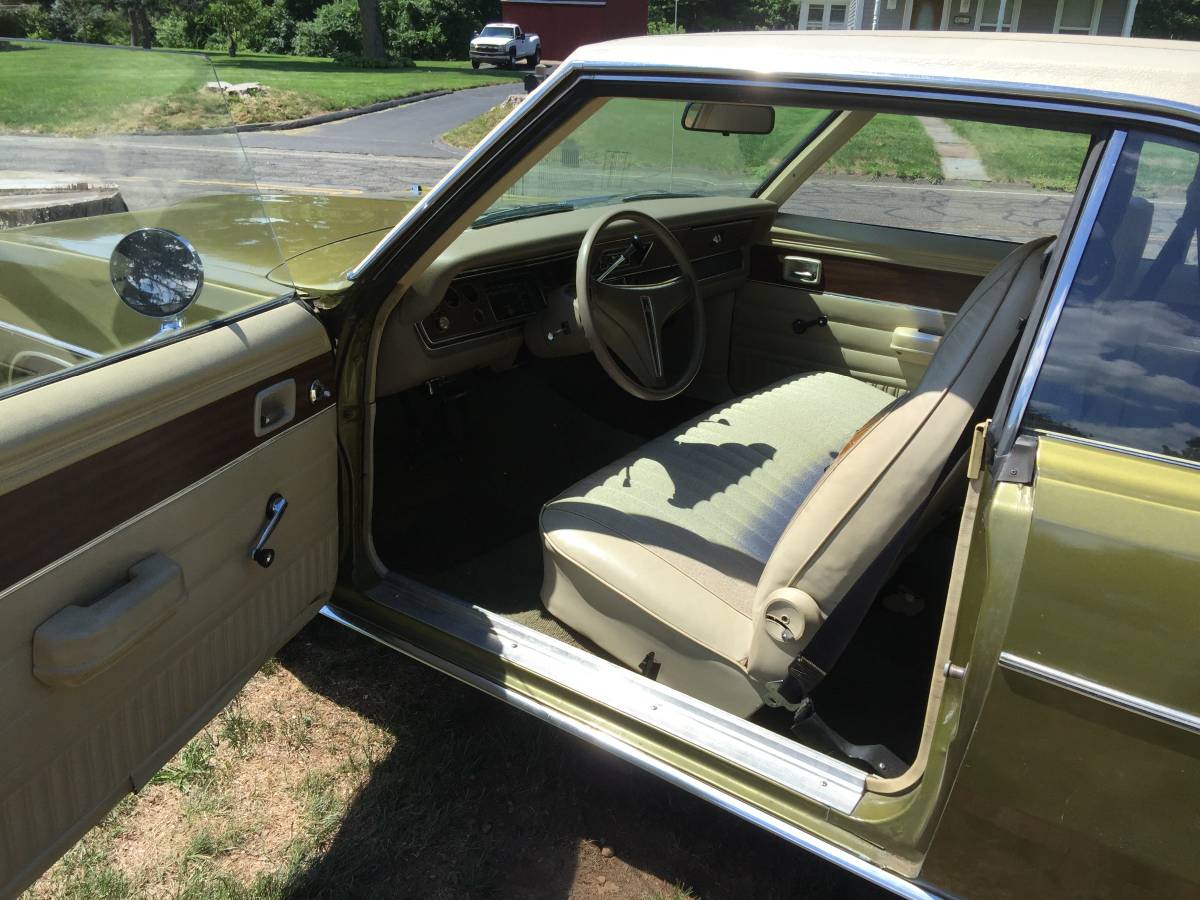 The last interesting feature was new 5 mph federal mandated bumpers for the 1974 model year. Unsightly but effective 5 mph bumpers were adopted front and rear of the Dart. This car was no prettier for them. Mercedes and BMW cars are often maligned for their objectionable bumper treatment to meet this standard. 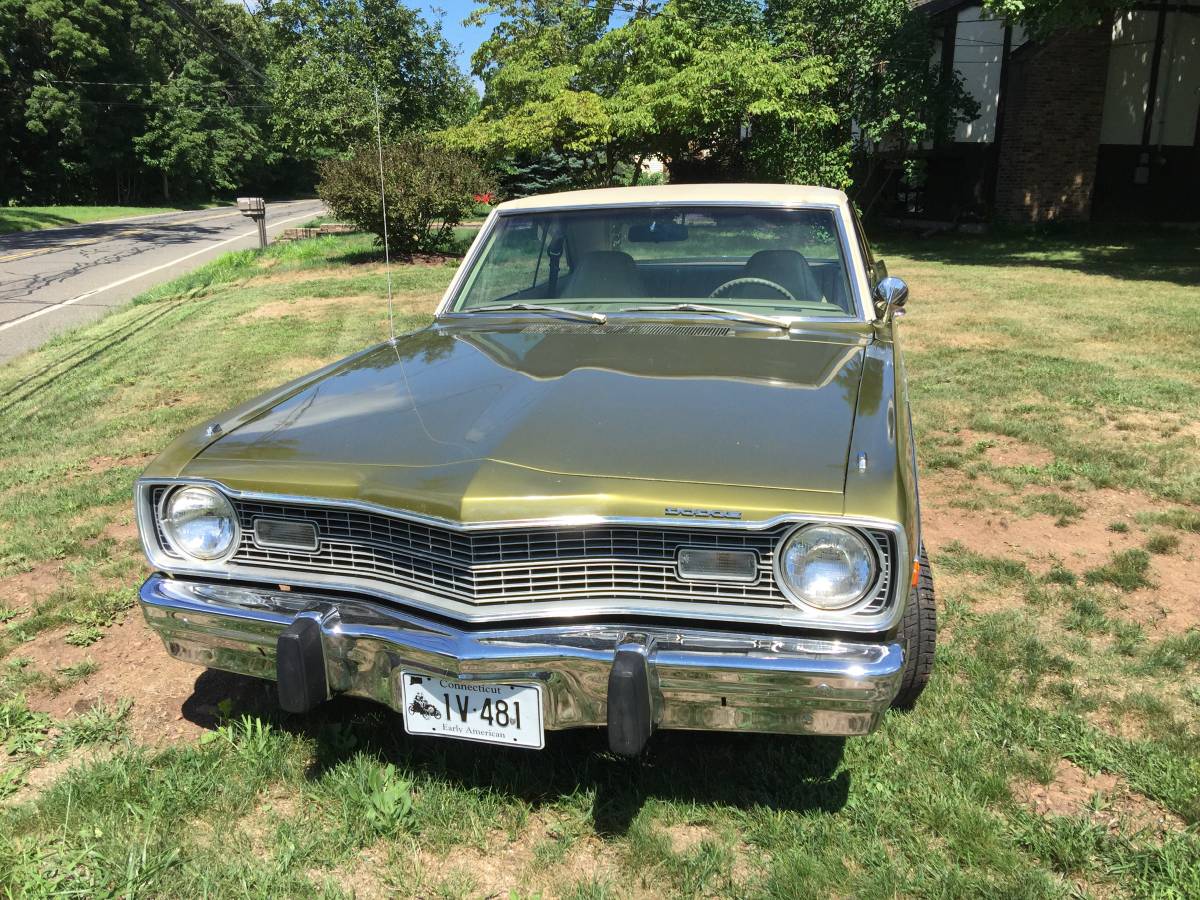 See a car with features no longer available any longer, email tips@dailyturismo.com

Cory is trying to finish off his project 1995 Mercedes E36 wagon and figure out what to do with his hoard of rare w124 parts.