If you’re one of those kinds of car guys (don’t worry, I am too) you’ll automatically recite both the official German nickname for this car and it’s far less imposing sounding anglicized translation the instant you see the photo below. In 1950s America tail fins were all the rage in car design, and even staid old Daimler Benz decided to add a few pieces of flair to their Eisenhower era volume-model sedan, if a bit late to the party. In Deutsch, es isst die Heckflossen, but in the land of EPA-induced mine disasters we call it the Fintail.  Find this 1967 Mercedes-Benz 200D for sale in Campbell, CA for $7,900 via craigslist. Tip from Fueltruck. 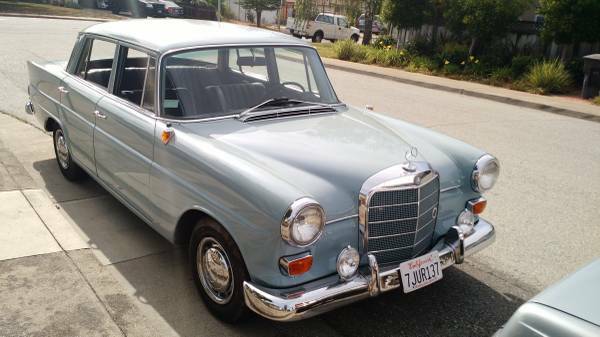 Being a lowly 200D model, this car is a W110 chassis, the entry-level flosser. There was a range of sedans and coupes of varying trim level and specification built under the W111 and W112 chassis codes as well – longer, heavier, but still befinned. This body design was clearly rooted in ’50s trends but lasted well into the late ’60s – no yearly cosmetic refresh back in the Fatherland. 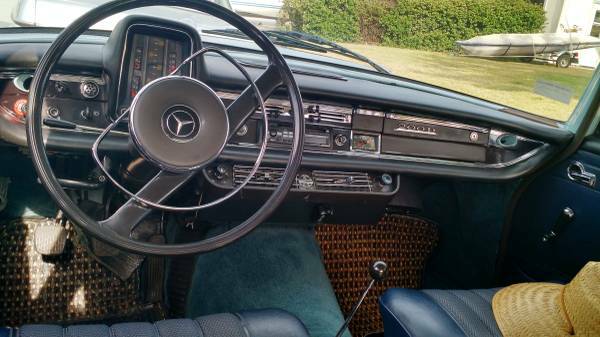 The 200D is powered by a 2.0 liter 4-cylinder naturally aspirated diesel. It makes 55 hp. Let that sink in for a second. Before you start shouting “hey, this is Daily Turismo; what the heck is this snail doing on here?” just calm down for a second. I happen to think that every enthusiast should, at some point in their driving career, own an old school non-turbo diesel car. It teaches you strategery. You have to think about every move, plan it carefully, then execute with full commitment. Lane changes, driving uphill, and merging onto the interstate all become as exciting as that last track day where you got your ass handed to you by those “dive bombing Miatas.” 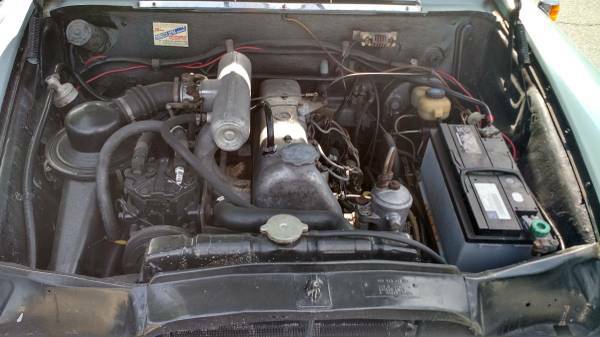 While our featured car does present well, a quick scan of craigslist doesn’t turn up many comparables, but a look back at previous Heckers on DT does point to the price being a tad high on this one. The owner admits it has a 10-footer paint job, but also lists a bunch of recent work done, working Kuhlmeister air conditioning, and an MB-Tex reupholstered back seat. If ever I needed to seal something up for all of time, I’d make a giant preservation bag out of MB-Tex and run it through a heat seaming vacuum machine. Seriously, this stuff will still be sitting around looking perfect long after the headless cockroaches have ceased their scurrying following the 3rd nuclear holocaust – that’s how durable it is. 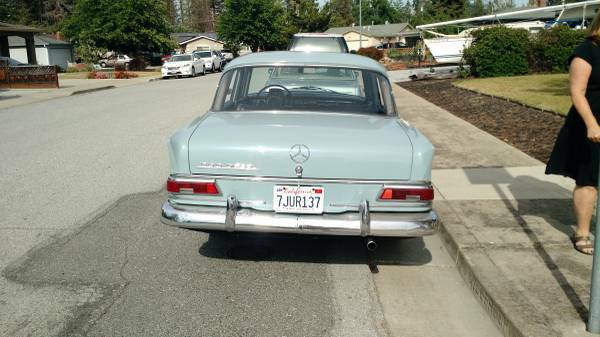 As DT’s E-i-C Vince put it so aptly in a prior 200D posting, “A manual transmission will get you excited until you remember the lump of pig iron under the hood that make about as much [peak] power as a modern Mercedes does at idle speeds, but at least you won’t be saddled with an abominably slow car AND no stick shift.”

See a better way to be slow and stylish? email us here: tips@dailyturismo.com