Back before people were rolling their eyes at Chrysler’s PT Cruiser and gouging their eyes out at the HHR, there was a properly cool postmodernist series of cars — known as the Pike models from Nissan. The Figaro is the cutest of the Pike cars and it was retrostyled to resembled a 1960s Datsun Fairlady.  The little machine has a cool convertible roof that rolls down the center of the vehicle, but keeps the C-pillars in place.  The Figaro was built on the K10 Nissan Micra/March chassis and the interior (designed by Shoji Takahashi) was also styled to be a throwback to the past, with a simple padded dash, two big round gauges, sweet toggle switches, and a bunch of chrome.  Find this 1991 Nissan Figaro offered for $12,500 in Naples, FL via craigslist. Tip from Dascpcu. 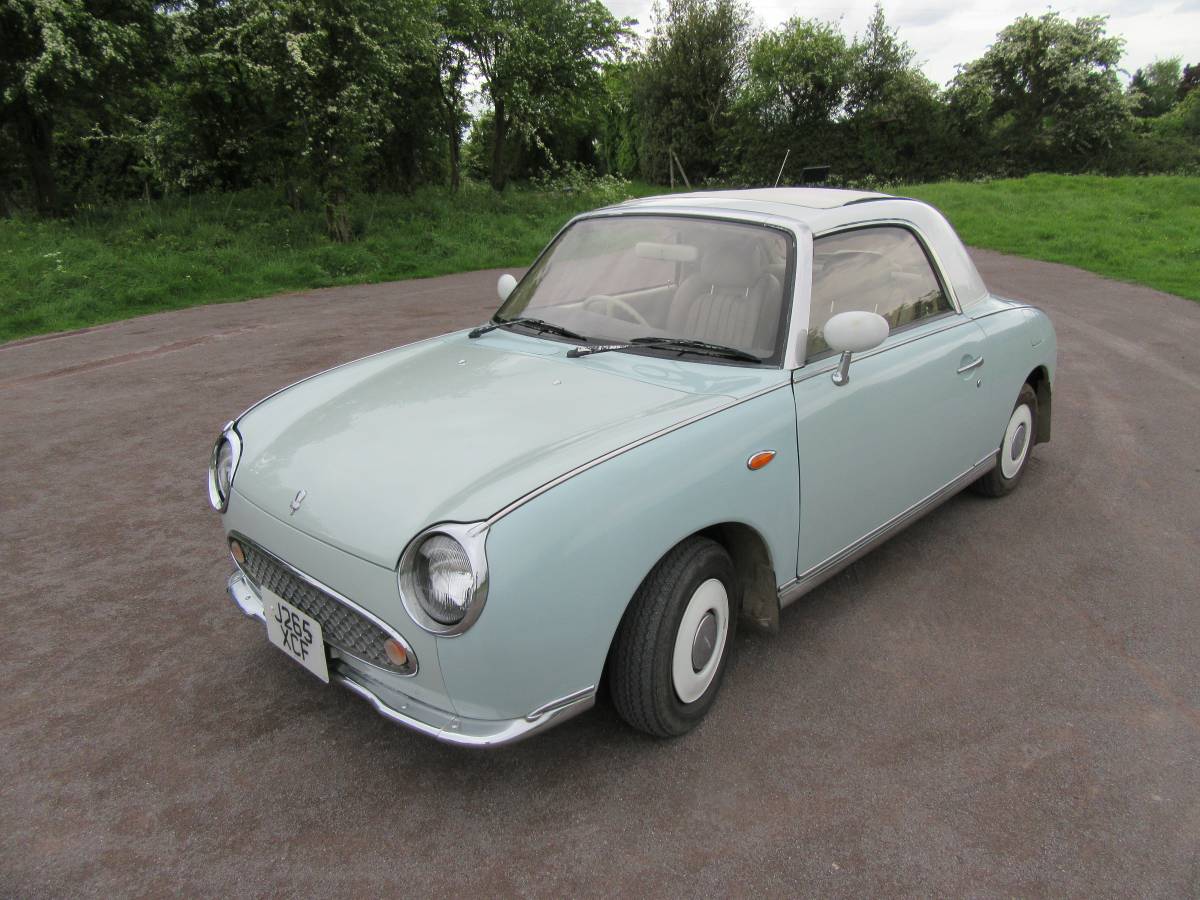 The Figaro won’t be a common sight at your local car show because they were never officially sold in the USA, but they are becoming more common as the 25 year import rule lets more in.  The other Pike cars (Be-1, Pao, S-Cargo) had non-turbo engines, but the Figaro was given the boosted MA10ET, good for 74 horsepower and 78 ft-lbs of torques! 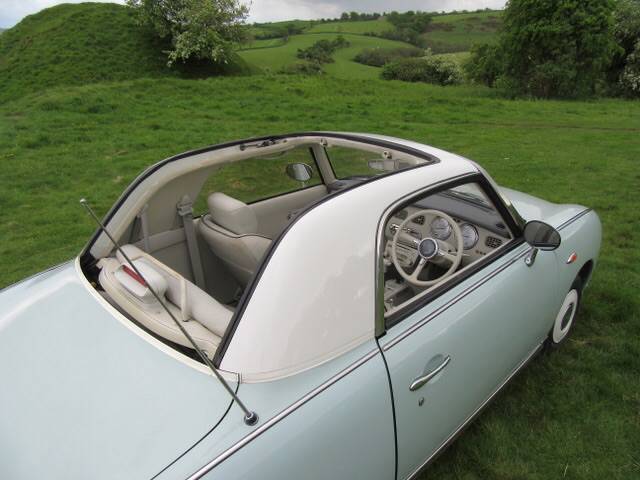 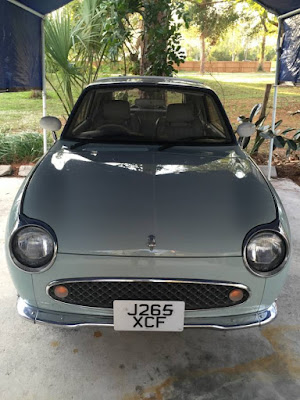 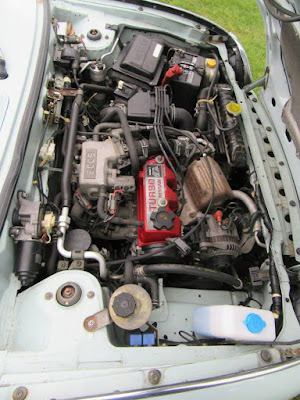