The All-Trac name was used by Toyota on the Camry, Corolla, Previa, Celica, Rav4, & Caldina to designate their full-time symmetric four wheel drive system.  For most of the fleet it was designed to help sell cars in snow-bound places, but for one car it was an attempt to sportify the car.  Find this 1990 Toyota Celica All Trac here on eBay bidding for $5,000 reserve-not-met with $6,500 buy-it-now located in Natick, MA. 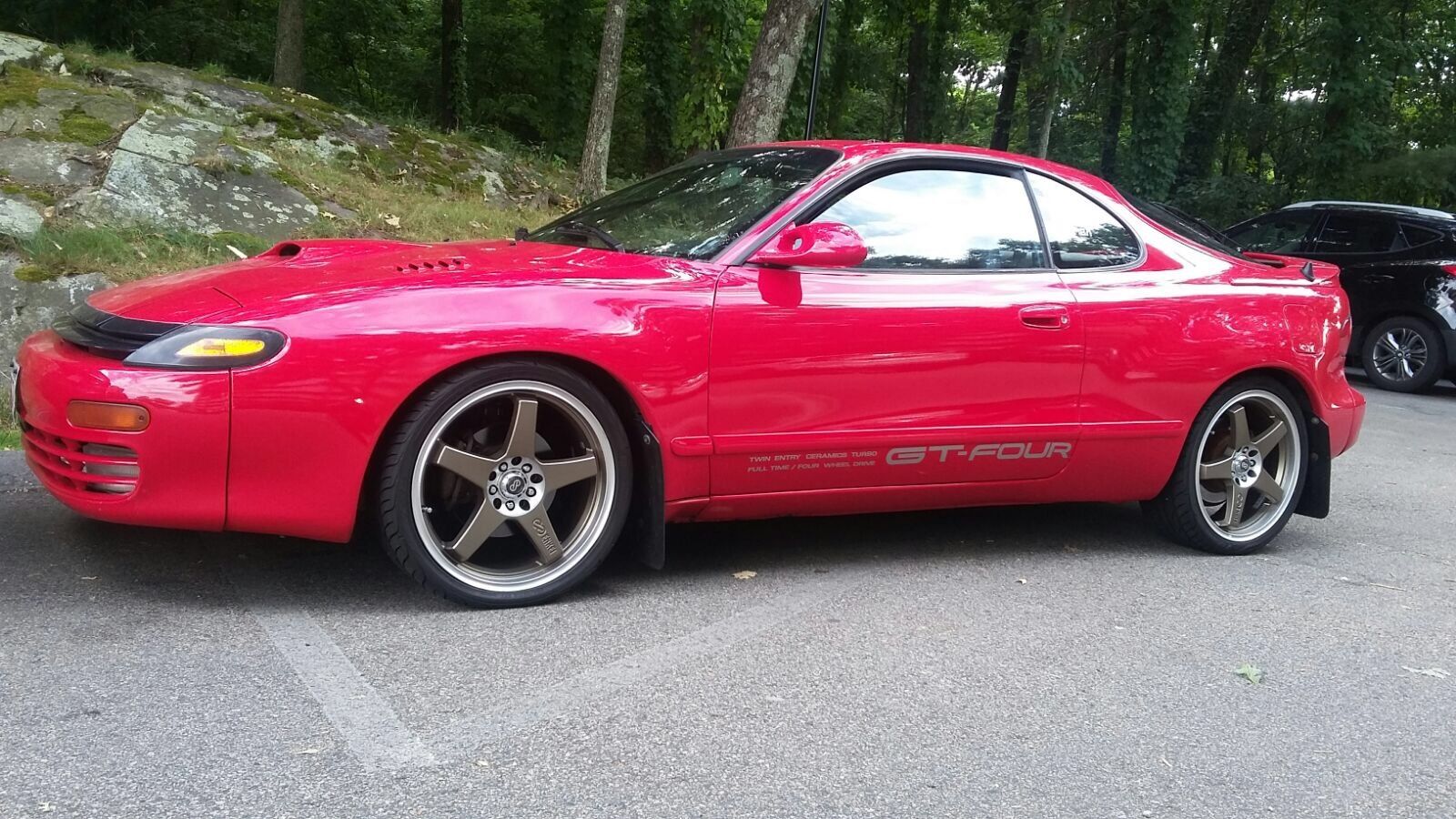 The fifth generation Toyota Celia was released for the 1990 model year
with all new “Super Round” organic styling and further refinement on the
rock solid build quality that was beginning to be synonymous with the
word Toyota.  The Celica was a decent sports coupe in base trim, but the GT-Four version (All-Trac in the US) added some needed power,
all-wheel-drive traction, and, most importantly, a prominent hood scoop. 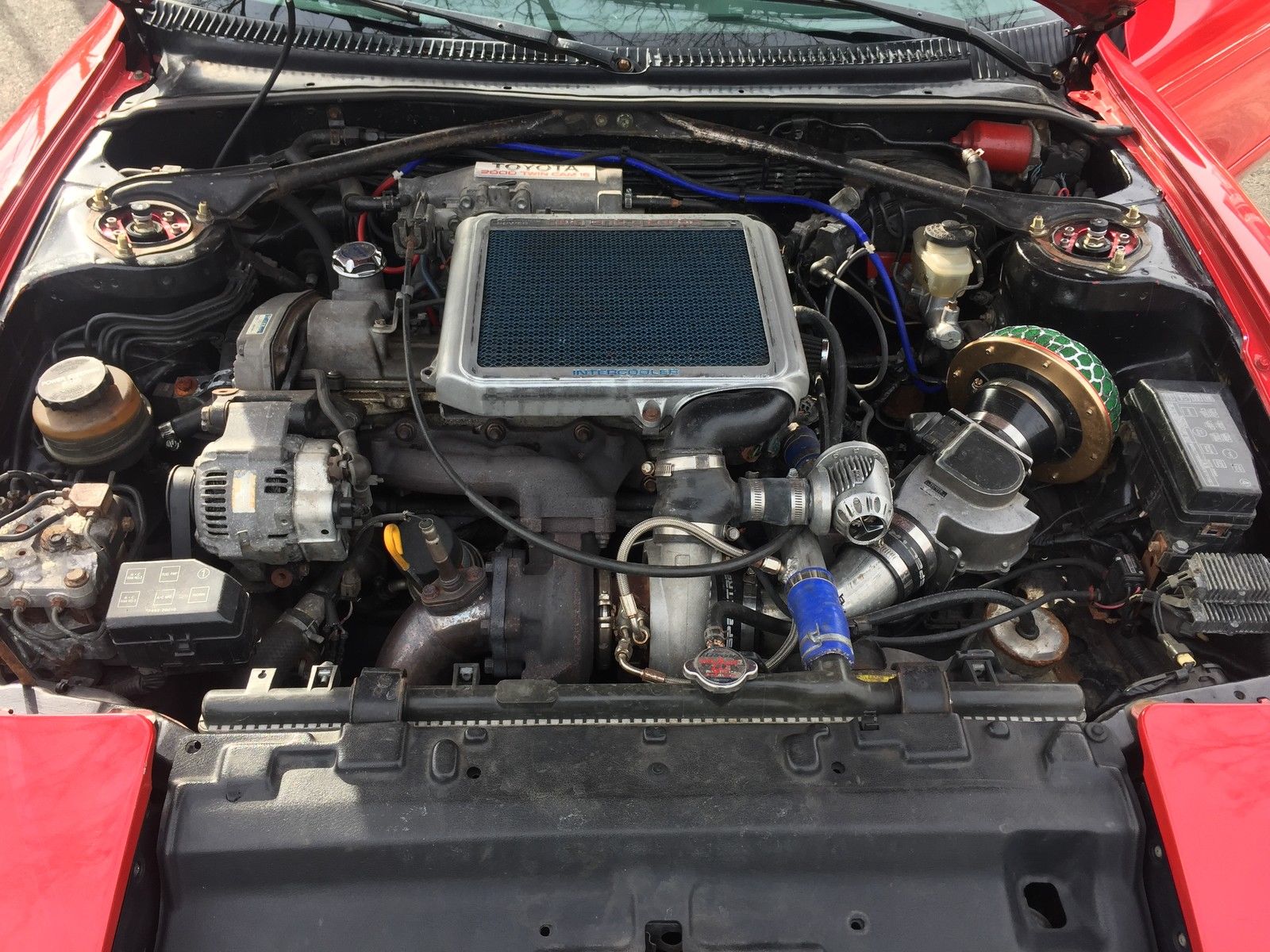 This T180 generation GT-Four All-Trac is powered by a transverse mounted
turbocharged and intercooled 3S-GTE 2.0 liter inline 4 putting out 200
horsepower and 142 ft-lbs of torque into a 5spd manual transmission. 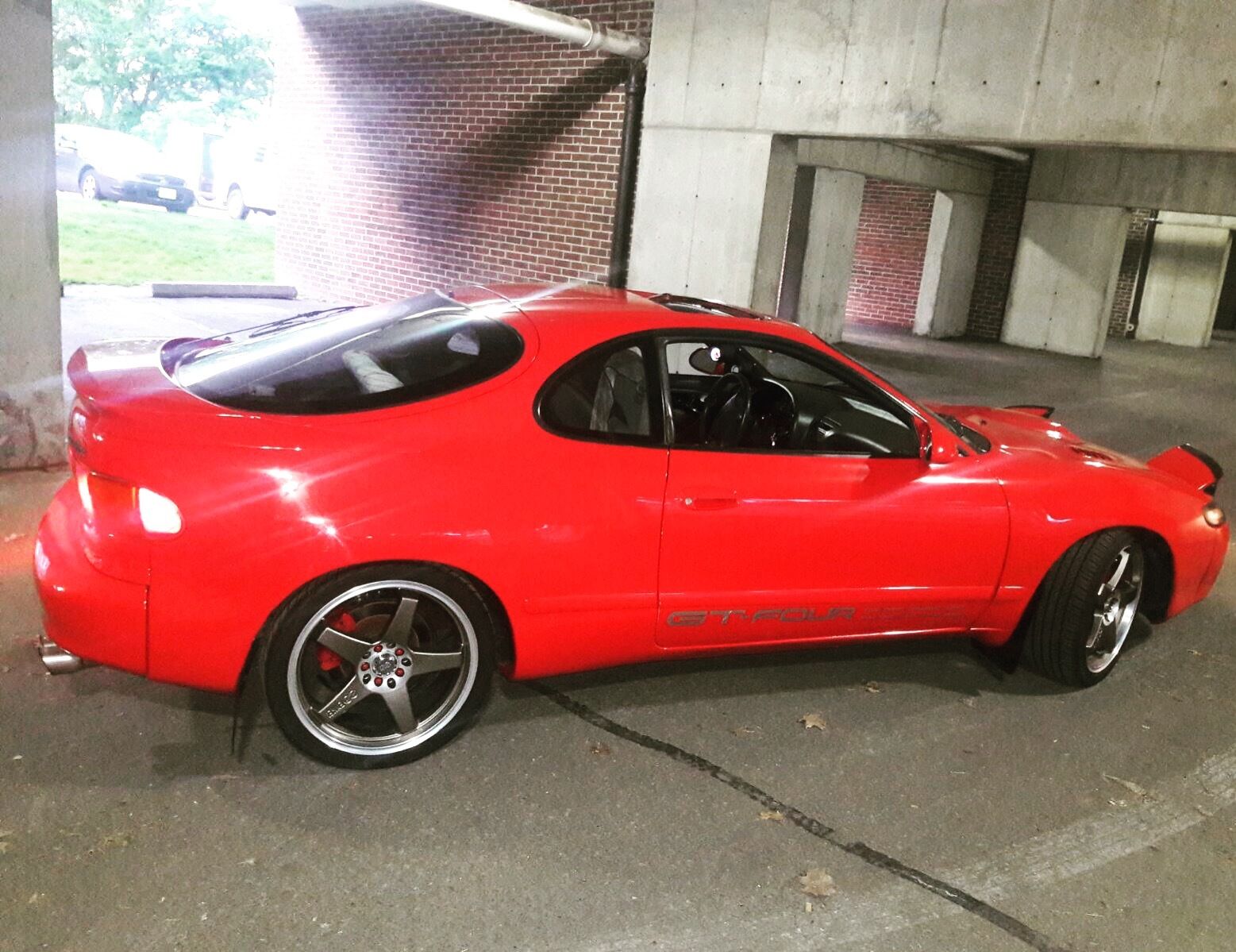