Greetings To Our Readers In Tajikistan

As blog administrators we sometimes check the “popularity” of our site via internet traffic tracking services such as Alexa.com.  These services try to gauge traffic to each site and rank them in order of popularity.  At the time of this writing, DailyTurismo.com is listed as the 641,000 most popular site in the world and the 132,000 most popular website in the United States.  What really surprised us was that the Daily Turismo is the 3,500 most popular website in the former Soviet Republic of Tajikstan.  Aссалому Aлейкум!!(pronounced asah-lomu ah-lay-koom)!!

Tajikistan is a small ex-communist republic nestled in the Alay and Hindu Kush Mountains between Uzbekistan, Afganistan, Kyrgystan and China.  The name Tajik comes from a medieval Turk word for Persian speaking people and became the official name of the region by edict from the Soviet Union.  After the fall of the Berlin Wall, Tajikistan became an independent secular republic but was engaged in a violent civil war from 1992-1997 for reasons that most foreigners cannot properly understand or describe. 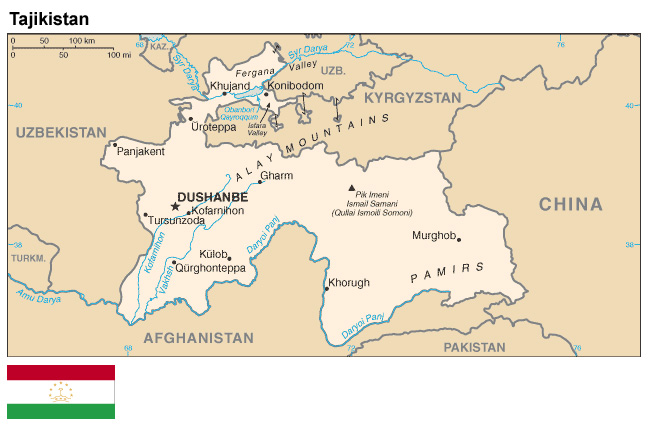 According to the US State Department, travel in Tajikistan should be avoided at all costs due to “police activity” but a two-bit website called traveltajikistan.com says it is a great place to visit…and who are you going to believe?

We couldn’t find any good Tajikistani cars for sale on the internet, probably because both people with internet access in Tajikistan spend their days surfing the DailyTurismo and haven’t bothered to register the Tajikilist domain name, but from the few photos online of this central Asian republic we see lots of Chinese and Russian cars.

According to an internet blog called bestsellingcarsblog, the most popular car in Tajikistan is a small Chinese van called the Changhe Freedom, followed by Toyota Camry and Lada 2015.  Who are we to dispute this information?

If you happen to be surfing this site from Tajikistan and would like to take a break from spamming the comments with links to SEO optimization, Viagra and content-less blogs – tell us what you drive in Tajikistan and how much I need to pay for a used Changhe Freedom?