The Citroen (Citroën) DS was launched in 1955, a Franco-Italian project with engineering by André Lefèbvre and styling by Flaminio Bertoni.  You’ve probably spotted an old neglected DS (or ID) sitting forlornly at the side of the road like a beached whale — her oleopneumatic suspension having lost the good fight.  But not today.  This one looks ready to put a smile on the face of any Francophile.  Find this 1972 Citroën DS Break Wagon offered for $14,000 in La Jolla, CA via craigslist. Tip from FuelTruck. 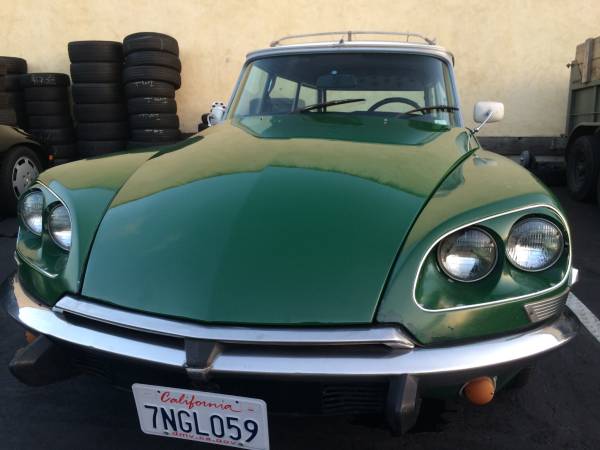 Citroen managed to dupe buyers sell an astonishing 1.5 million examples of the D-series (DS and ID) around the world, but don’t expect to fall over these things like they are VW Beetles.  Quite the opposite, the DS/ID have almost become extinct, in part because of the complex oleopneumatic (oil-air) suspension that uses pressurized nitrogen spheres at each corner and a 175 bar oil pump.  The suspension system is controlled with a magical set of valves that allow a huge amount of suspension travel
and variable spring/damping rates depending on road conditions and body
movement — when in tune, the DS will gobble up miles of road like few other cars designed in the 1950s. 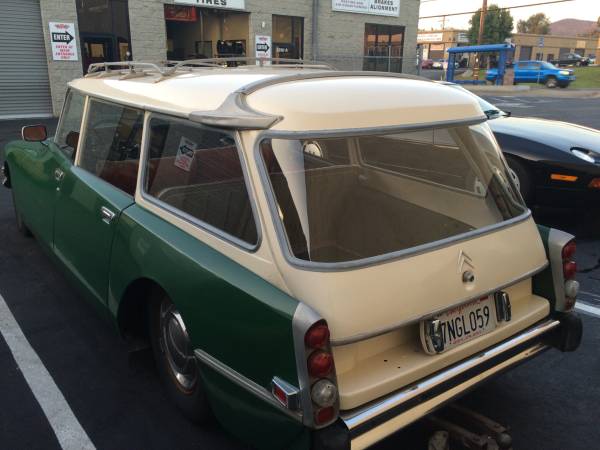 The Estate (Break? Wagon?) version is one of the cooler versions, and as a plus, you get seating for 7 people.  This one is advertised as being in good running condition, suspension works great, and it “looks great even with the older paint.” 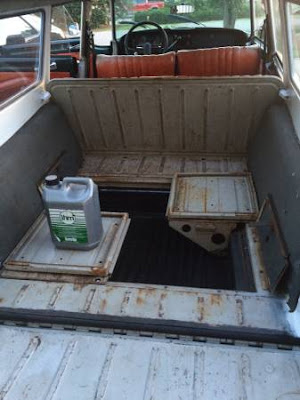 See another advertisement where hydraulic fluid is featured prominently in the pictures? tips@dailyturismo.com