The Daihatsu Motor Company was originally founded in 1907 as the Hatsudoki Seizo Co., and it is Japan’s oldest automaker, but it certainly isn’t the most famous or successful here in the United States.  For a few years Daihatsu tried to tap into the North American auto game, but they were unsuccessful, no doubt partly due to the fact that buyers/sellers couldn’t spell their name (notice the seller of today’s car is a dealer who can’t spell Daihatsu).  Find this 1991 Daihatsu Rocky here on eBay 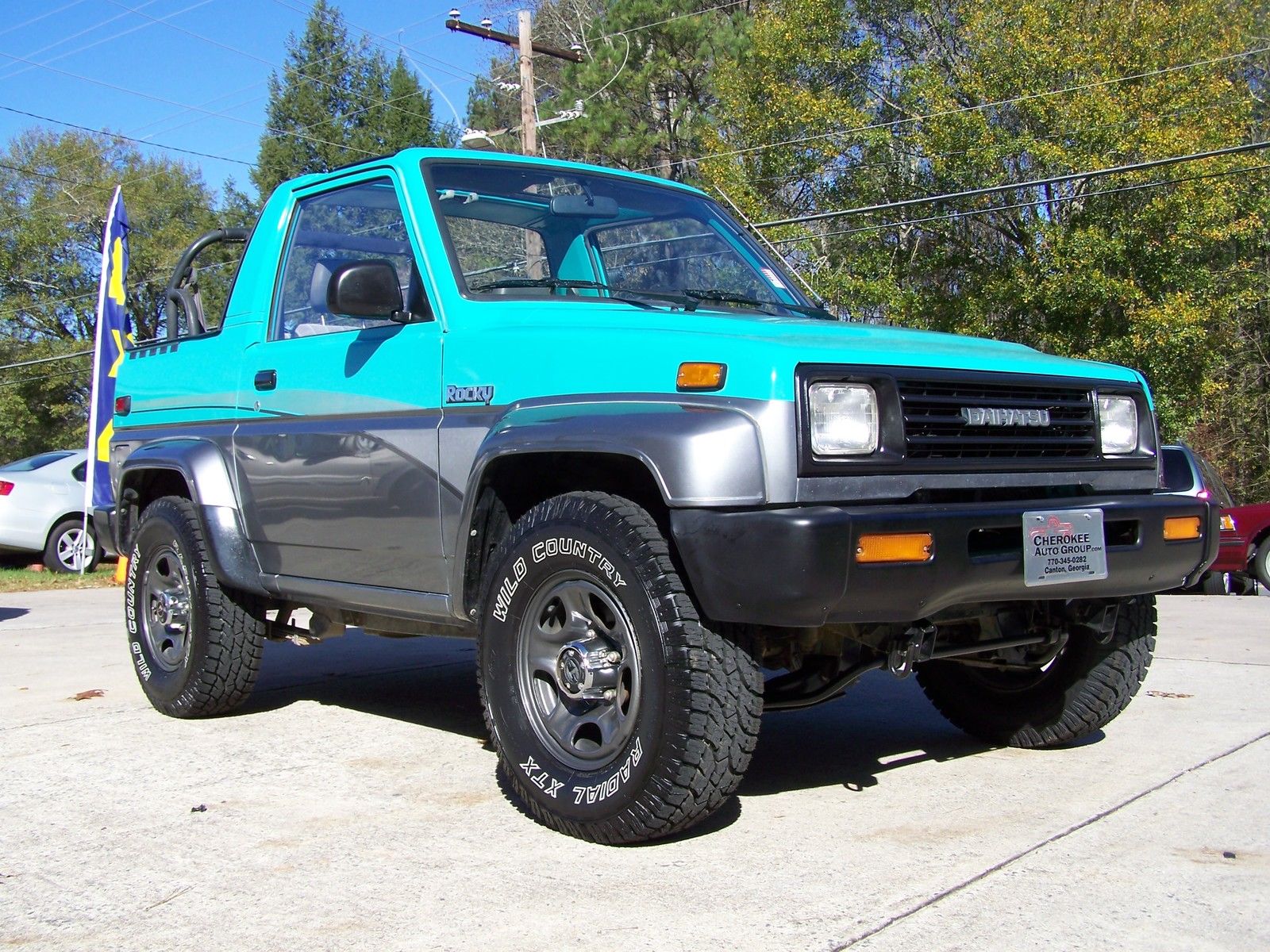 The Daihatsu Rocky was a mini SUV built around the same time as the Suzuki Samurai, but the Rocky is far more rare a vehicle to see on the road today…whatever that’s worth.  If you are among the vast population who has either never seen or totally forgotten about the Rocky, I suggest you watch this vintage television advert found on the youtubes. 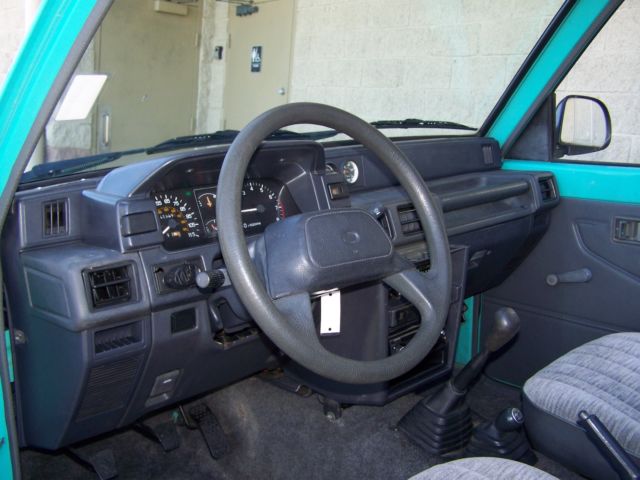 The Rocky is powered by a 1.6 liter SOHC 4-banger that puts out 95 horsepower in US trim, and this one has a 5-speed manual box plus a proper 4-wheel-drive system.  It should make a quite the little mountain goat. 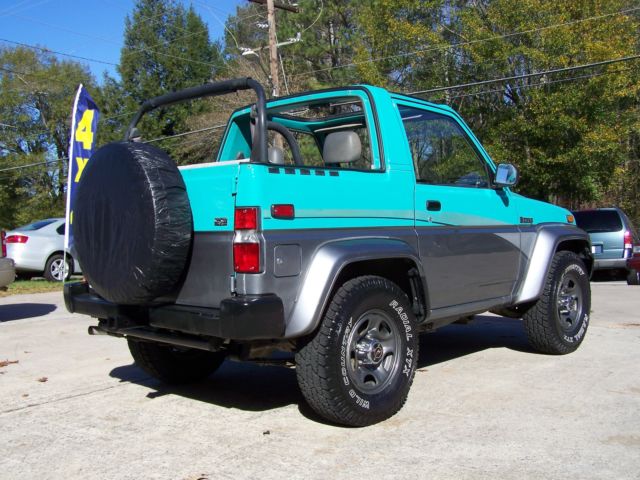 See a better teal/silver color combo on a car? tips@dailyturismo.com