This next feature has so many names listed in the title section that I really don’t know what to call it.  Let’s break it down:  Chevrolet — got it, GM; G20 — Third generation passenger van, built from 1976-1996; Falcon — like the Millenium Falcon…no, Falcon was a model of converted van by Intervec; Intervec — was short form name of the now defunct International Vehicles Corporation which created custom motorhomes from vans; 4X4 — 4 wheel drive.  Got it?  Find this 1989 Chevrolet G20 Falcon Intervec 4×4 Motorhome here on eBay 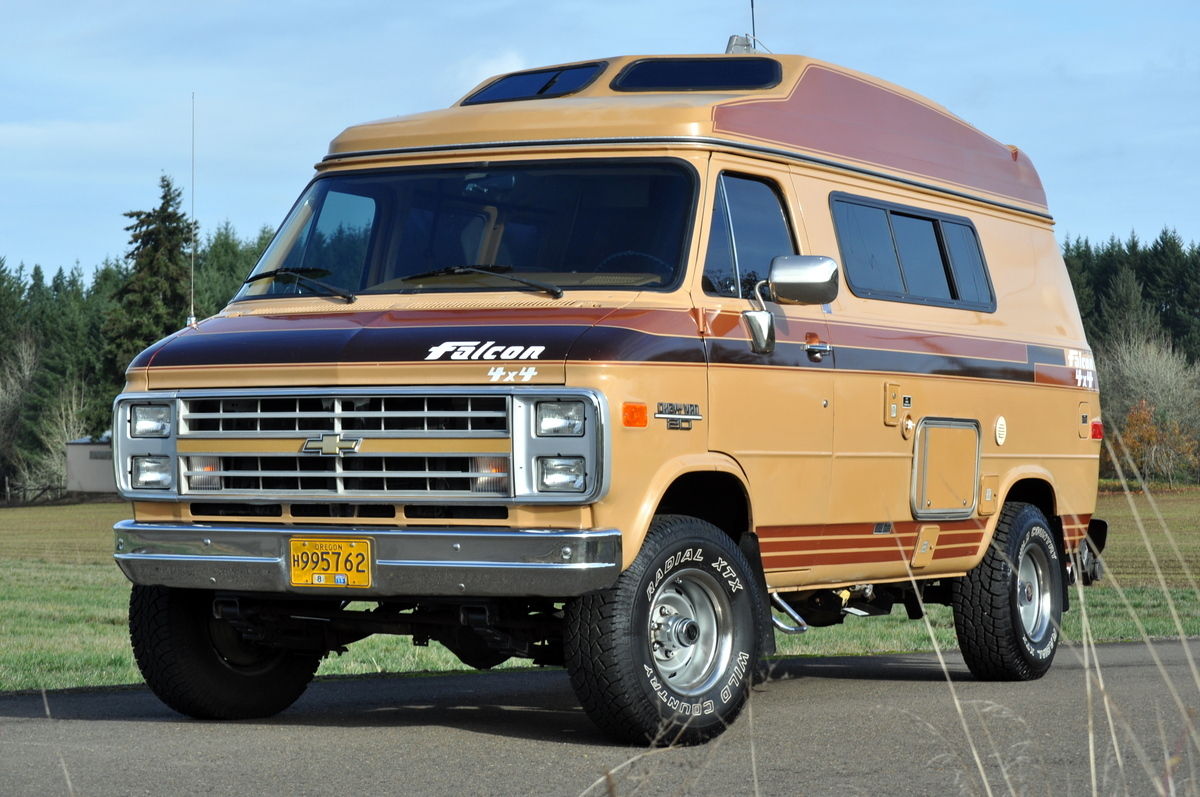 The G20 was a unibody constructed passenger van that borrowed its mechanical parts from the Chevrolet C-Series trucks and was powered by a variety of available engines
located under the driver in a short nose/hood section.  Access to engine
components is limited from the front, but you can get to things like
the distributor through a large access hole in the cabin….errr living quarters. 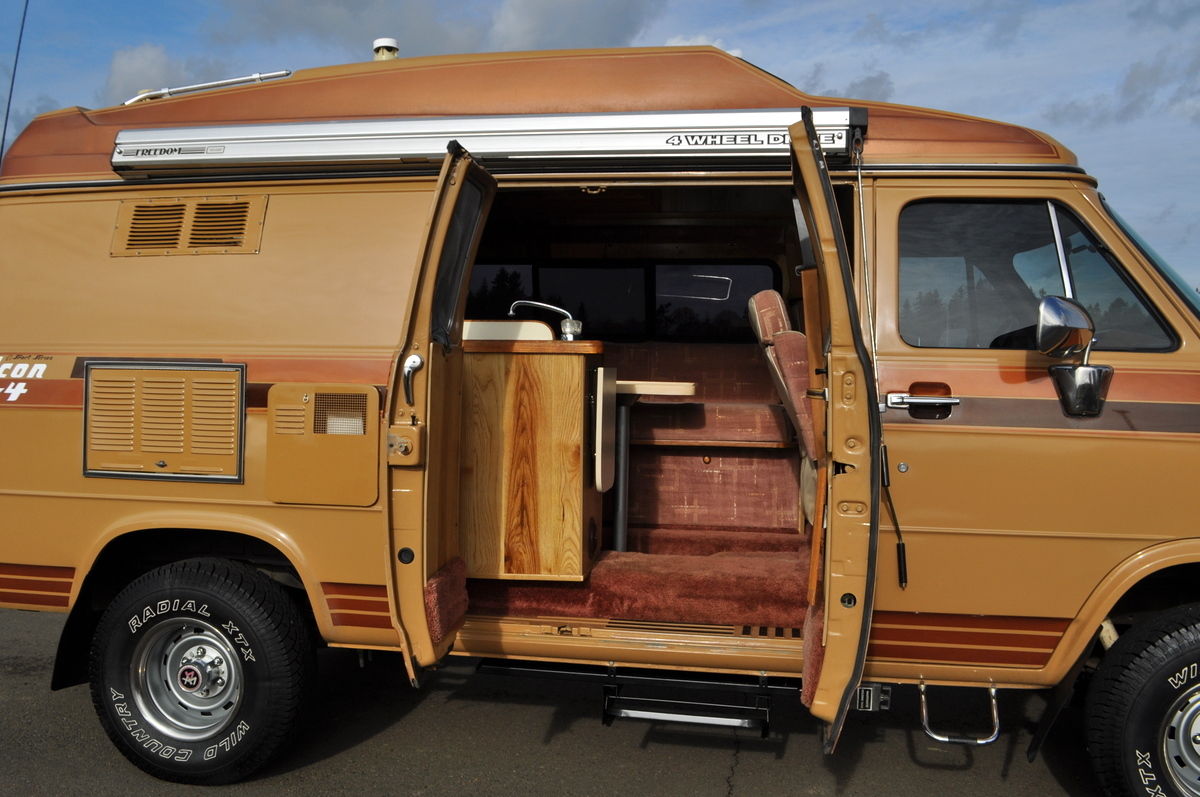 Instead of a few mundane rows of seating and some cheap plastic bits, the interior has been totally transformed into what can only be described as the world’s smallest class B motorhome.  This is an RV for lovers of those funky tiny houses you see on HGTV. 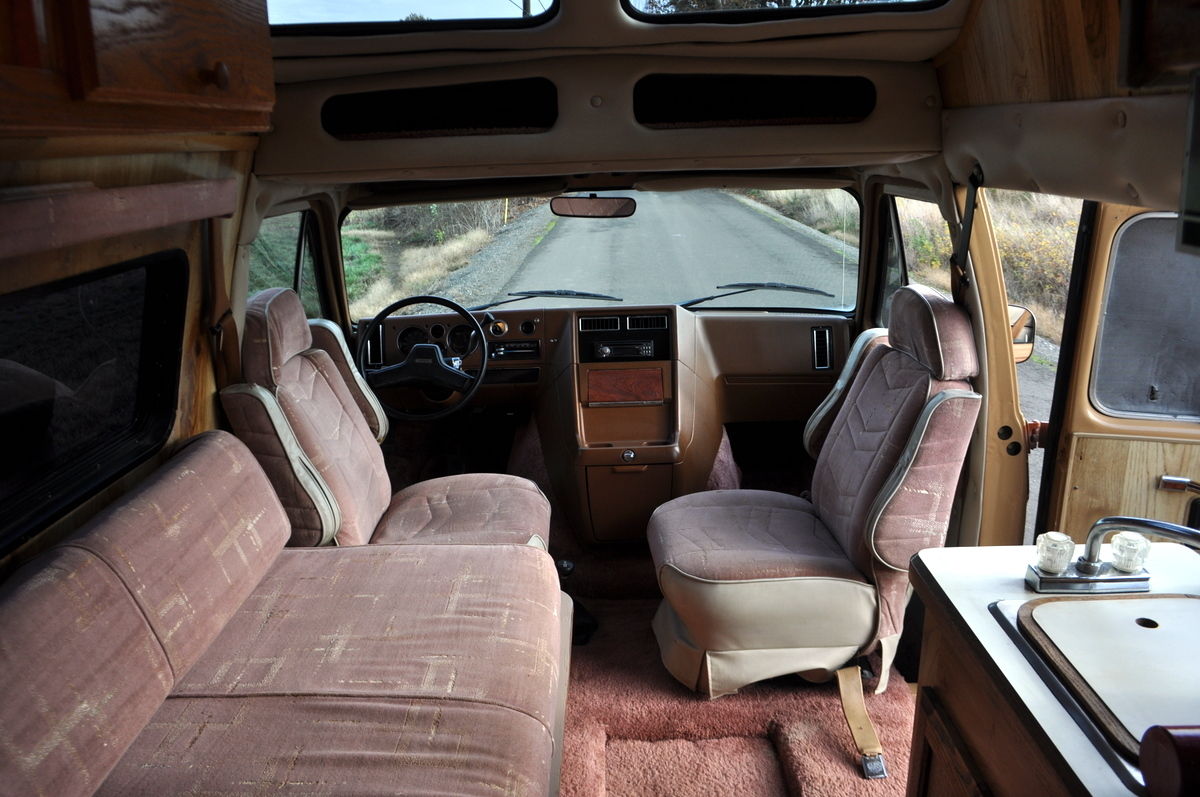 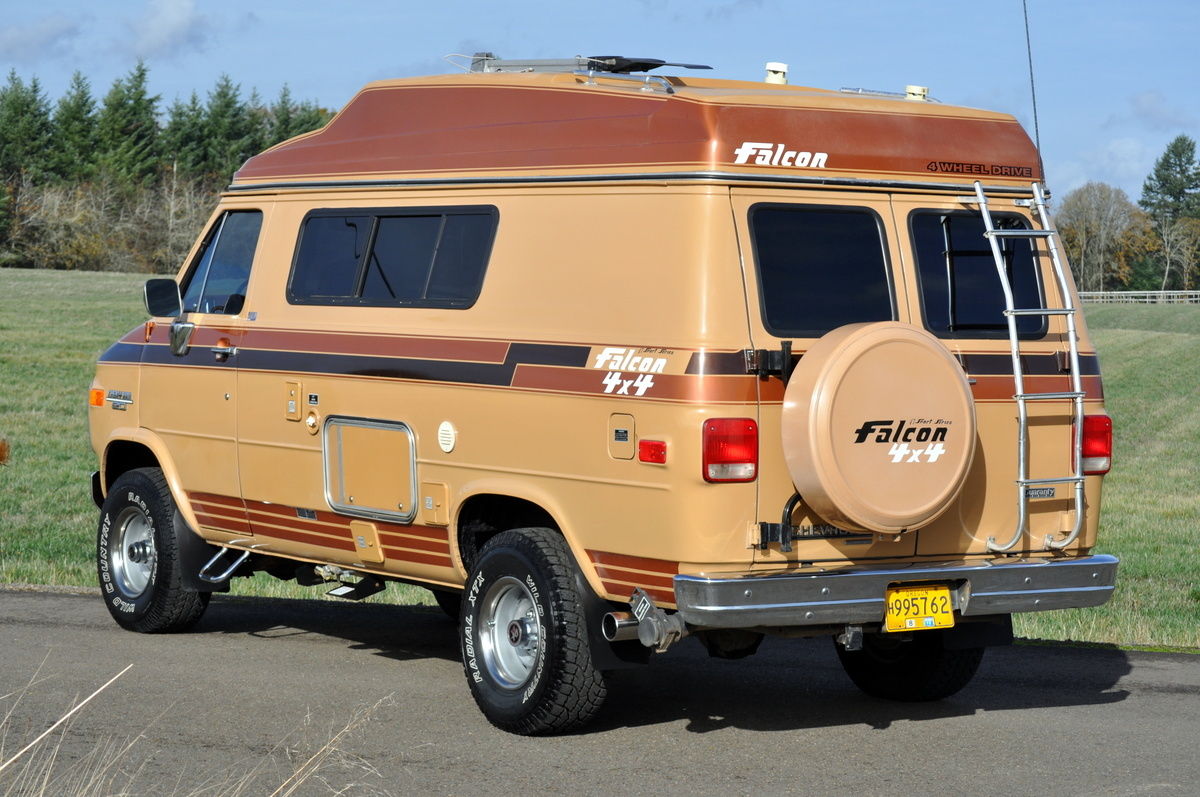