The Seat Ibiza was a Spanish built supermini that traces its mechanical roots to the Fiat Ritmo, but  was given its good looks from Giorgetto Giugiaro’s Italdesign.  They were never sold in the USA, but over a million were pumped out of the Barcelona based factory between 1984 and 1993.  The truth is that a used Ibiza is probably a pile of garbage to drive around and you’d be better served with a Mk I GTi in terms of cost of ownership, speed, reliability…etc…but…BUT…the Seat brings such a wow factor that it just might be worth the deficits.  Find this 1990 Seat Ibiza Crono here on eBay 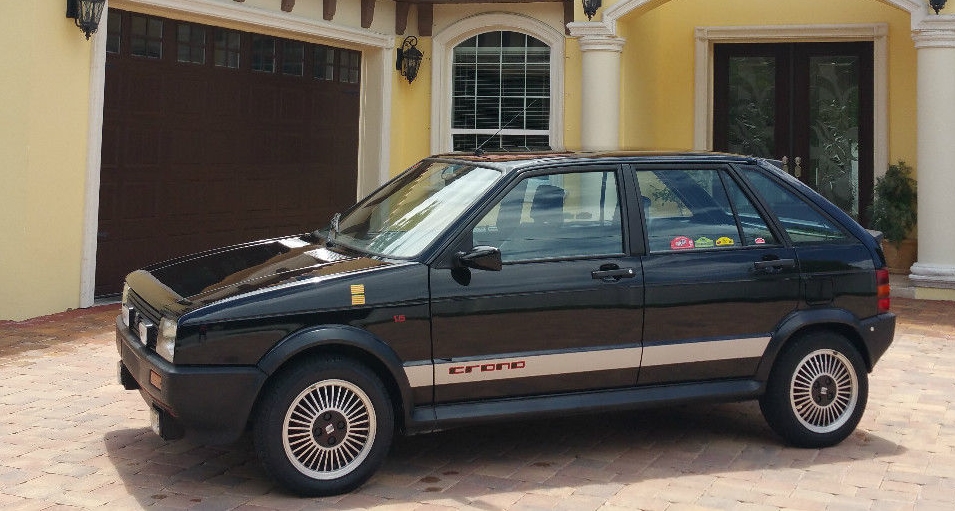 Contemporary advertising for the Ibiza distanced itself from any Spanish influence, and specifically highlighted the Italian design and German manufacturing (Karmann is said to have helped with productionization and Porsche did some engineering under the hood.) 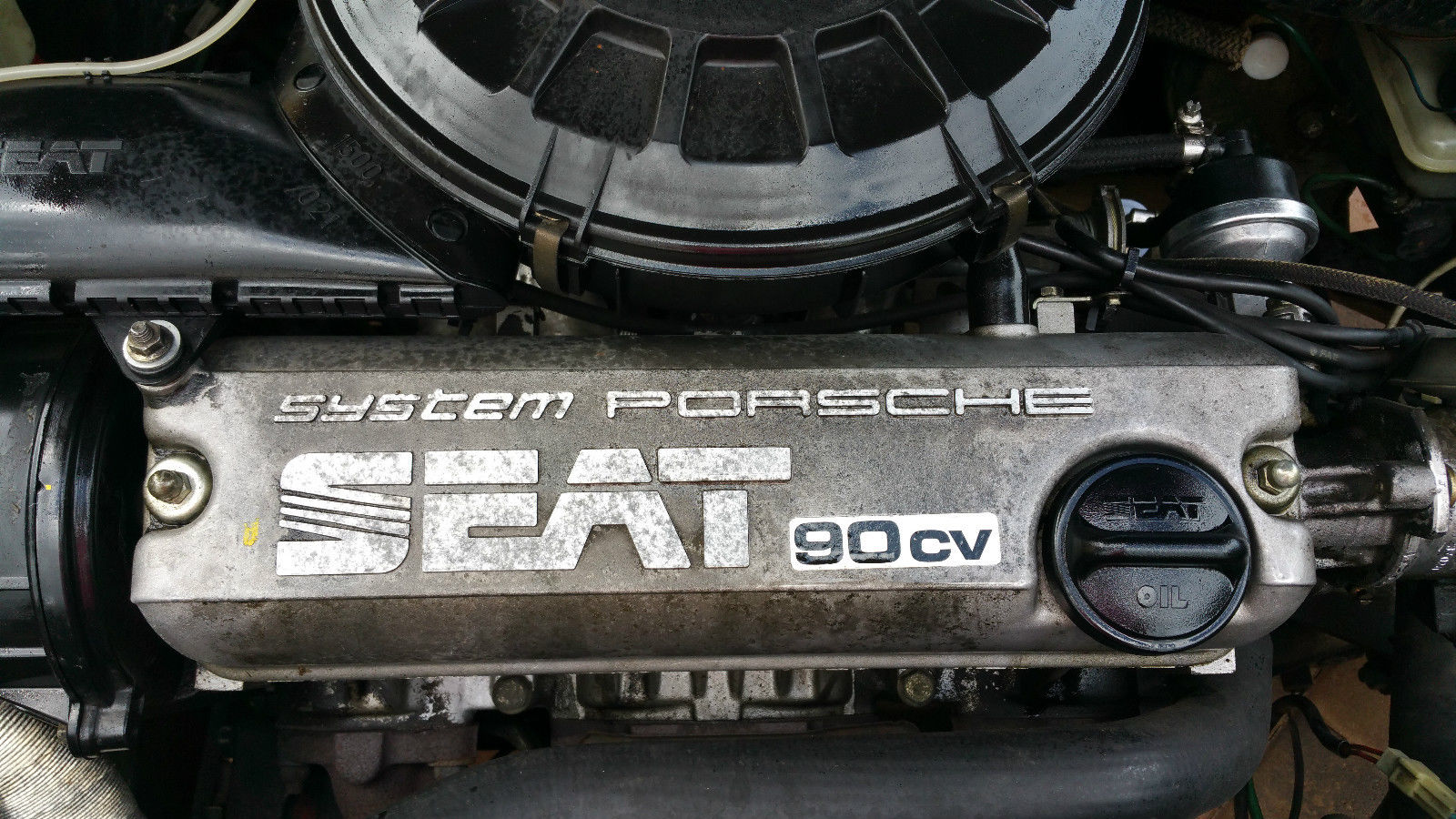 If you thought you might see a flat-6 down there, expect to be disappointed, because  the 1.5 liter 8-valve inline-4 under the hood is good for 90 horsepower.  Rumor on the street is that not only did Seat pay Porsche to help give design input into the engines, but they also had to pay a 7 Deutschemarks per car royalty to put the Porsche name on the valve cover.  Additional rumor has it that Porsche wouldn’t have charged Seat the royalty if Franco had joined Hilter’s war efforts during the recent unpleasantness on the continent. 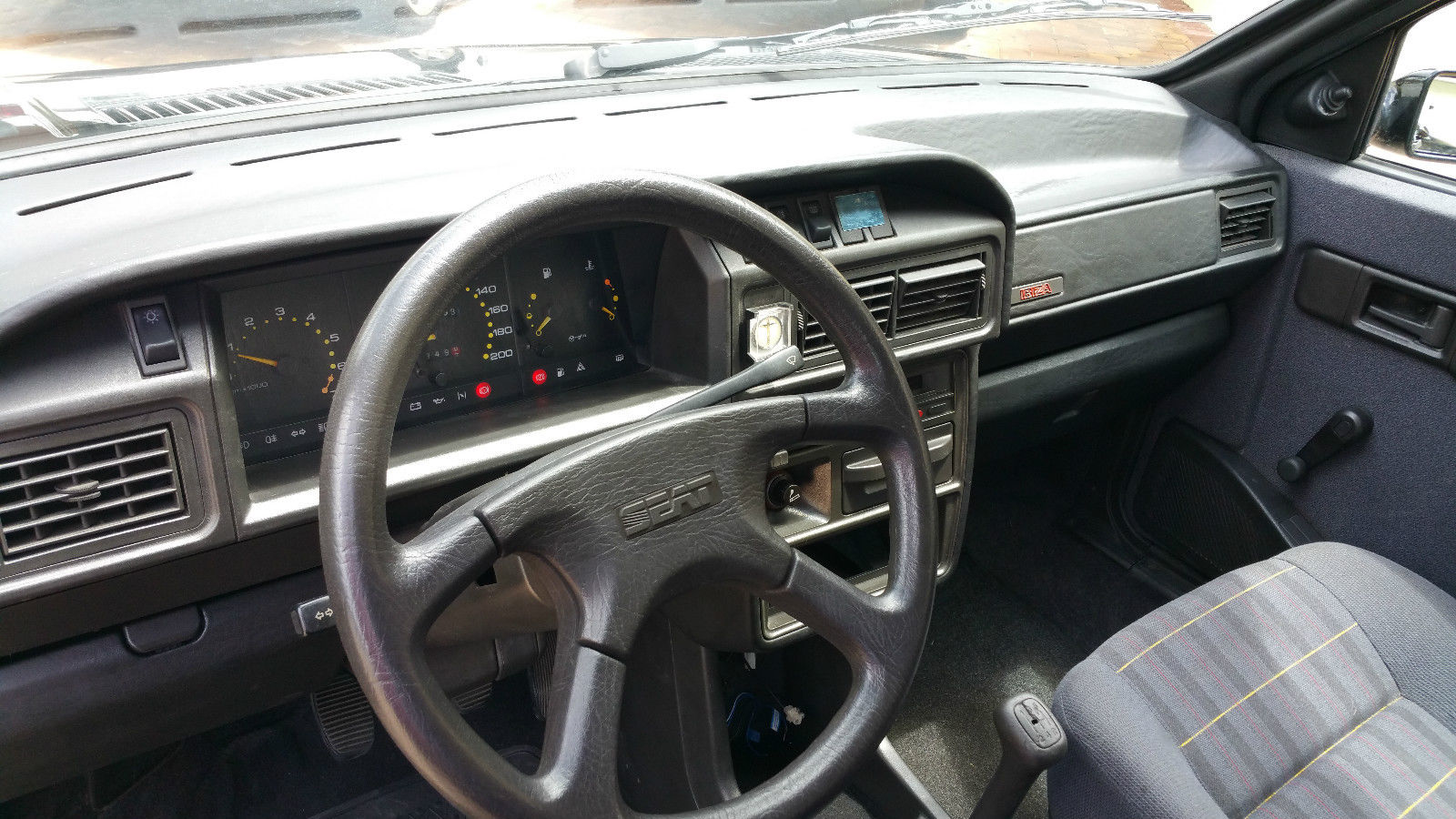 The interior features only the best cheap plastics and basic amenities, don’t expect to find many luxury features or a chocolate on your pillow in this thing.  At least this example looks in decent shape. 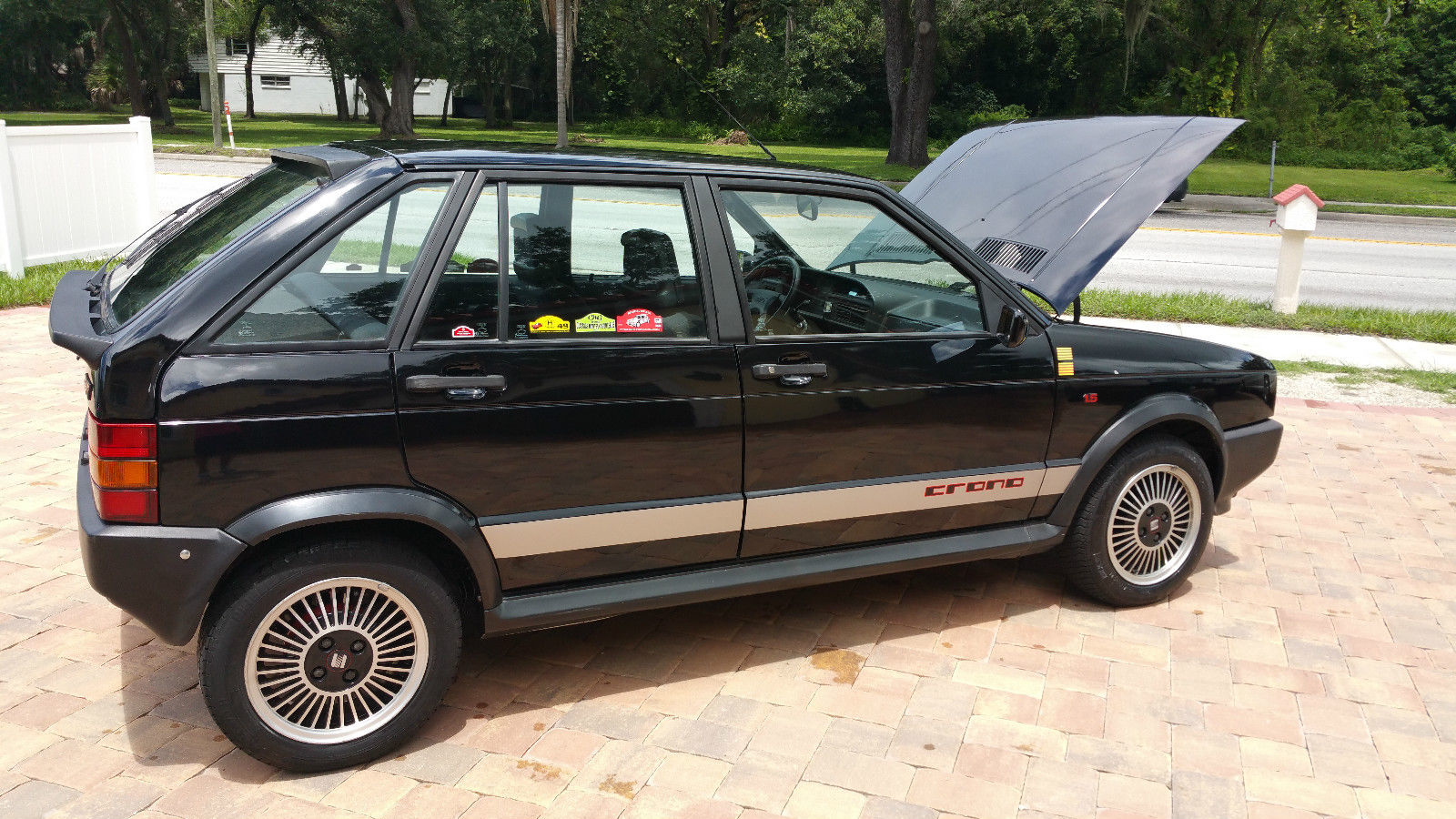