by Cory — Outside of the US, the Mercedes W124 series came in many less luxurious variants like this 1987 Euro 230E. Similar to the Nissan Tsuru in Mexico, these cars were used as taxis for years all over Europe. The car is offered for sale by the local Lions Club. The seller bought the car new in Germany and imported it here after his military stint was finished.  Find this 1987 Mercedes-Benz 230E offered for $4,900 in Poulsbo, WA via craigslist. 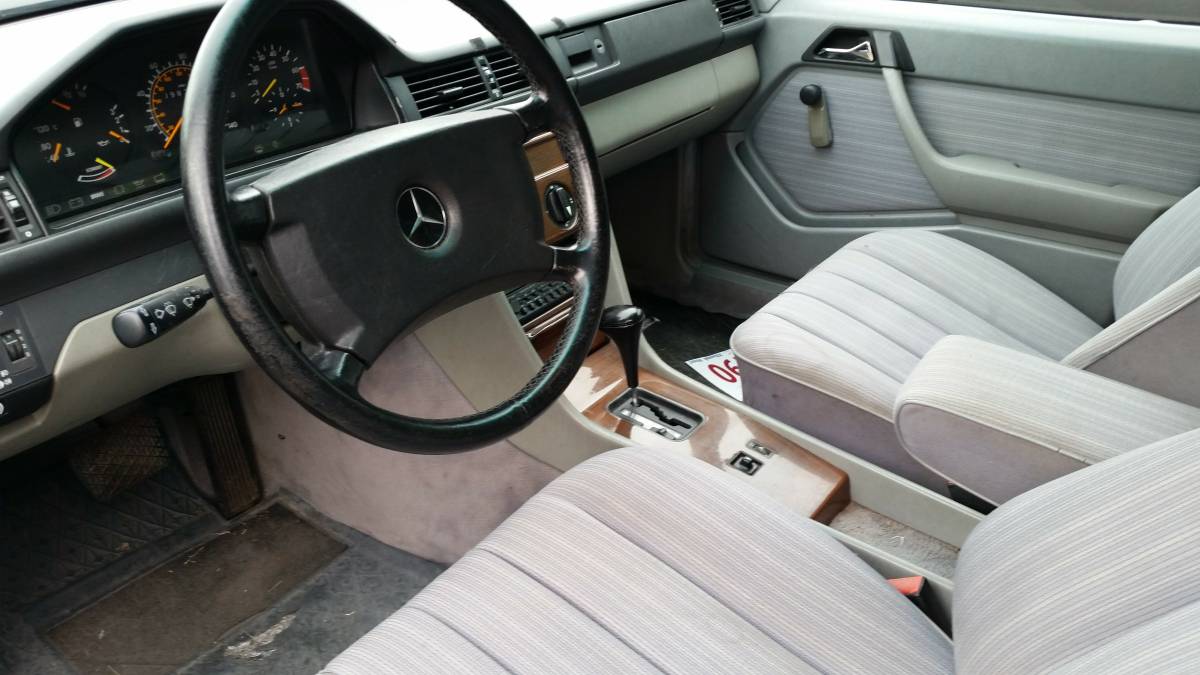 The car is powered by a 2.3 4-cyl 8 valve M102 engine that powered many USA spec 190Es so parts availability is not an issue. Unburdened by the extra weight of luxury features, these Euro spec cars drive much livelier and nimbler than one would expect. 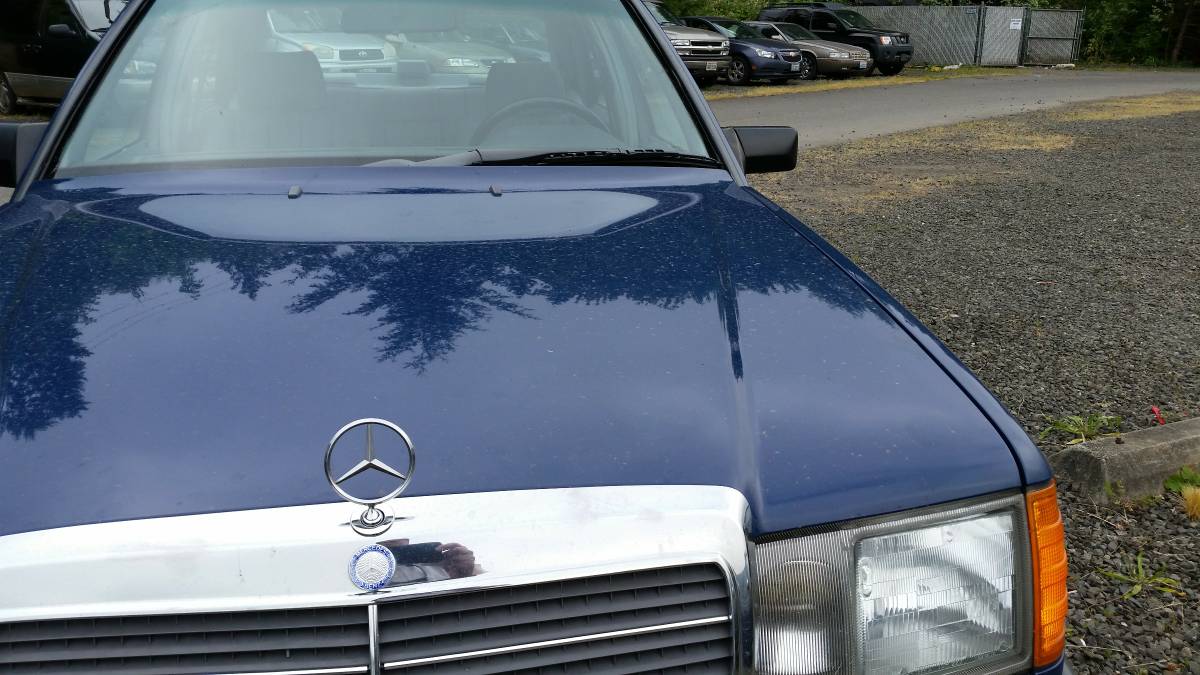 It would be very easy to use the Mercedes parts catalog from higher spec models to improve the braking and suspension setup if one was so inclined. This era of Mercedes are still relatively easy to find at wrecking yards partially due to the later models biodegradable wiring. 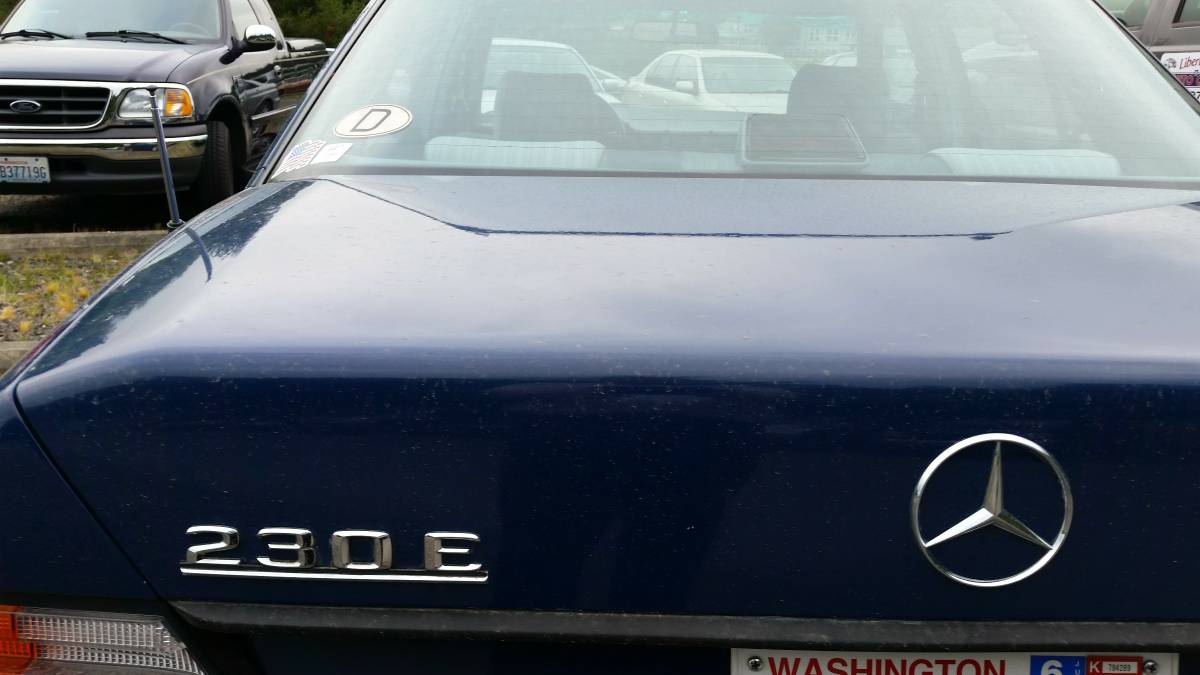