Honda has a long and proud history of catering to the enthusiast crowd…and not just with the first modern driveable supercar (the NSX), but particularly with the decisions they make on available options. If you buy a Toyota with a manual gearbox it is likely a 4-cylinder stripper model with bare bones options and a throwback to when auto trannys cost more, but Honda has offered manual gearboxes as a sporty option for their V6 Accord coupe for years, and they continue to do so today. Find this 2006 Honda Accord V6 Supercharged 6-Speed offered for $9,950 in Los Angeles, CA via craigslist. 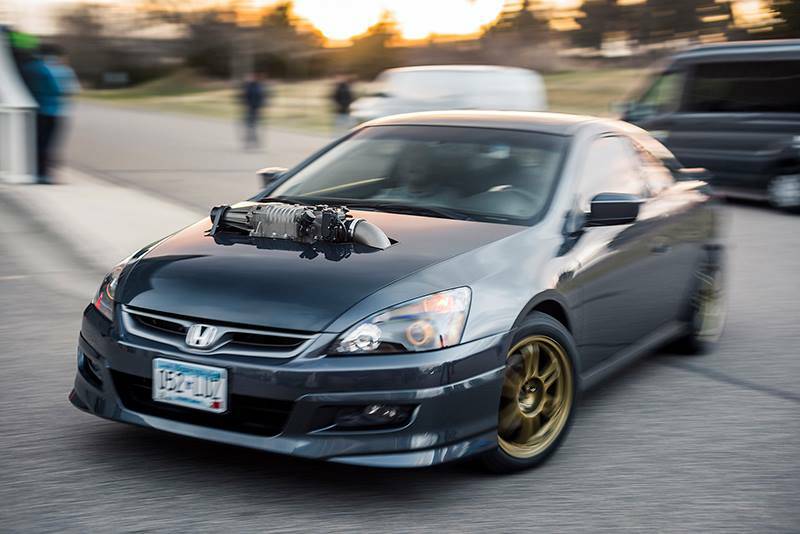 The seventh generation Honda Accord offered in North America was slightly different from much larger than the version sold in Japan and Europe, probably tuned to American’s love of fluffy marshmallow shock tuning and food (plus sized seats?)…but at least we got the 3.2 liter V6 from the Acura CL mated to a 6-speed gearbox and a limited slip diff while the rest of the world had to make due with 4-bangers (and diesels too!!). We got the JDM/Euro Accord here too, but it was called the Acura TSX. 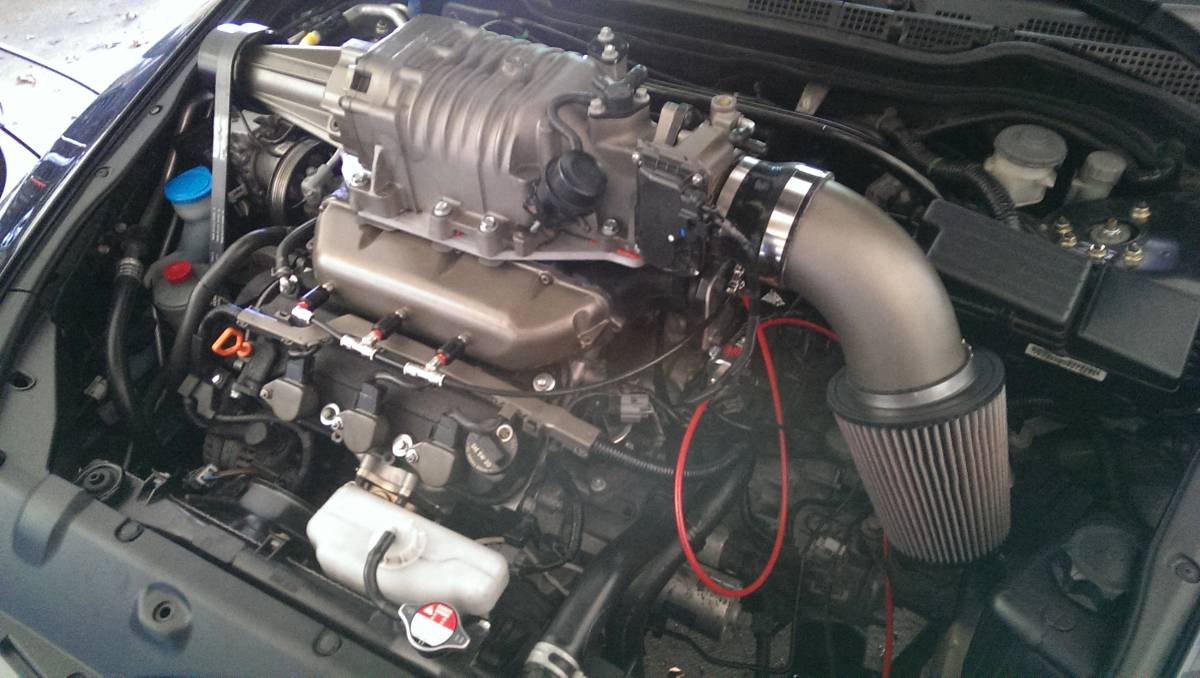 The V6 Accord is a fast car with 295 horsepower from the factory, but that wasn’t good enough for the hood hacking owner of this car.  Sticking through a hole in the hood is an Eaton M90 supercharger that pushes at least another 100 horsepower of air into the engine, with uprated fueling to match…just watch the video.

The zero to 60mph time isn’t that impressive — with wheel spin in 2 gears it appears around 7 seconds, but to get to 120mph takes just another 7 seconds…now that is impressive. See a better way to spend all of your money on tires and traffic court legal defense? tips@dailyturismo.com