After the second failed attempt in 25 years, everybody agreed that the Germans shouldn’t be allowed to build airplanes, tanks, military vehicles, or anything with a sharp edge…which decimated the German national ice hockey team.  In 1946 a company started building a Military…nein…it is an agricultural vehicle mein herr..ja ja, agricultural machine for zee farmers and zerr families. The vehicle was called the Unimog, an abbreviation of “UNIversal-MOtor-Gerät” (Gerät
meaning machine in German) and production was taken over by Daimler-Benz in 1951.  Find this 1965 Mercedes-Benz Unimog 404S offered for $12,995 in Portland, OR via craigslist.  Tip from FuelTruck. 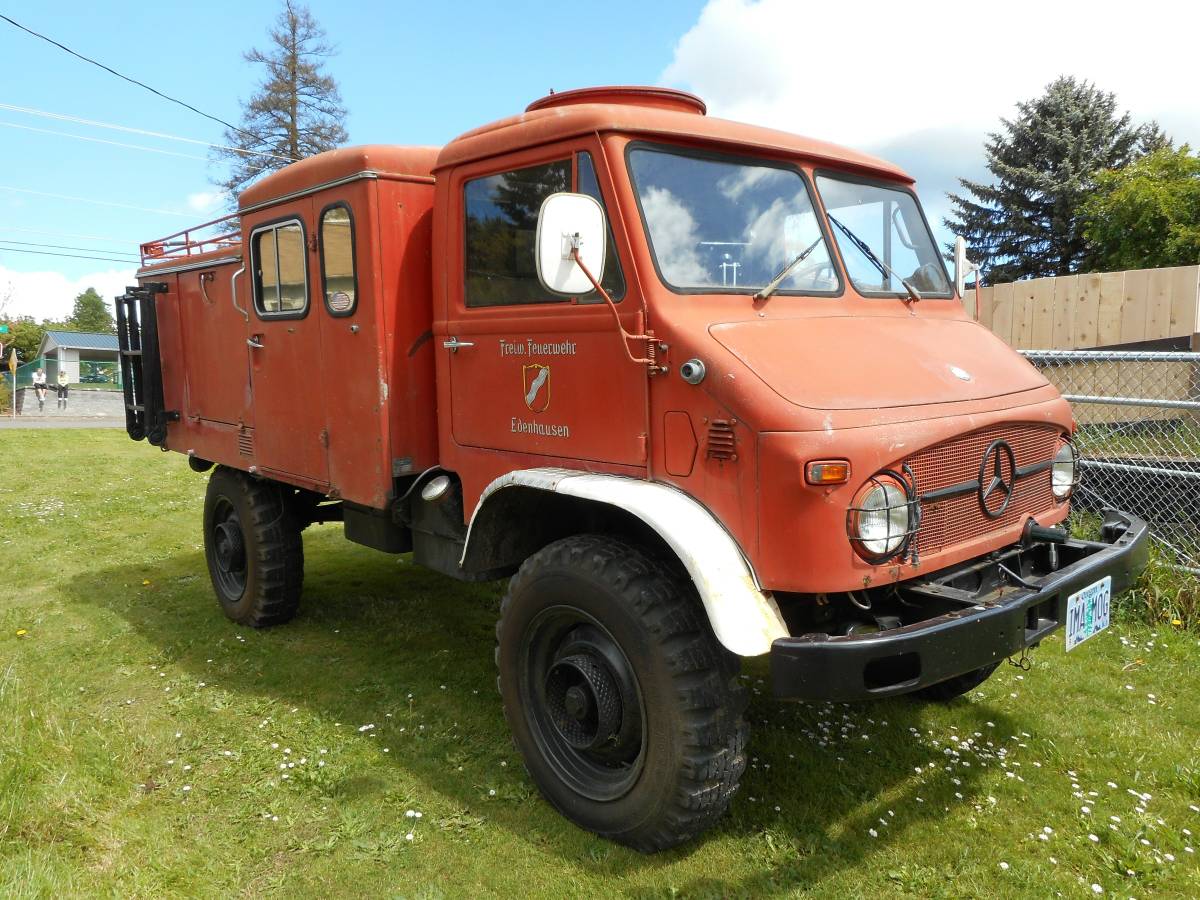 The 404 is the most popular variant of Unimog produced, with over 64,000
of the off roading machines built between 1955 and 1980. This one is painted up in the colors of a volunteer fire brigade from some Alpine location, but it appears to have a small passenger compartment behind the cab and then a large equipment storage box.  It could make an awesome toy hauler. 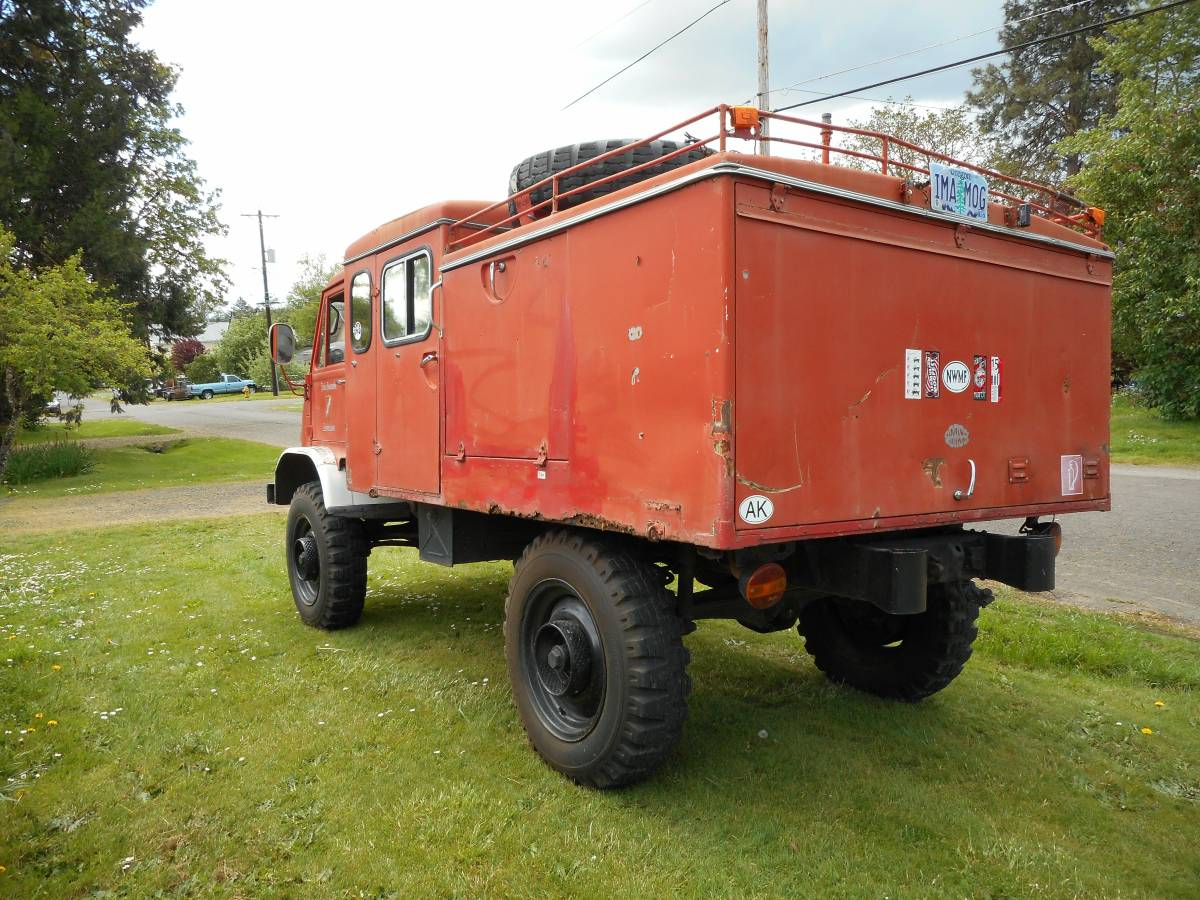