In the 1990’s, the Civic really hit it’s stride here in the US and became a runaway hit for Honda.  The beloved hatchback body style was very commonly found during this time period.  JDM modifications and the Fast and the Furious craze were at near peak so a modified Japanese cars were literally a dime a dozen.  An enterprising soul has chopped the top on today’s Civic hatchback, but chose pass on installing a convertible top of any sort.   The builder completely re-engineered the rear seat and hatch area into a functional hot dog stand.  The final product is surely the most Daily Turismo Civic to ever roam the streets. Find this 1990 Honda Civic for sale in Newburgh, NY for $1,200 via craigslist. 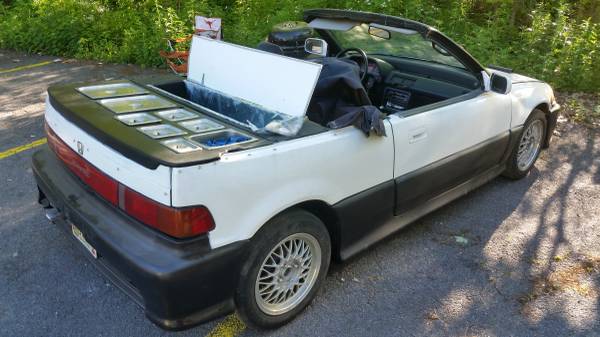 The car is said to have no rust, runs great, and passes NY state inspection.  The Civic is a DX model with automatic trans and 130,000 miles on the odometer.  Free delivery is offered up to thirty miles away.  The seller does not say if they were the builder of the car or if the modifications were done by a previous owner. 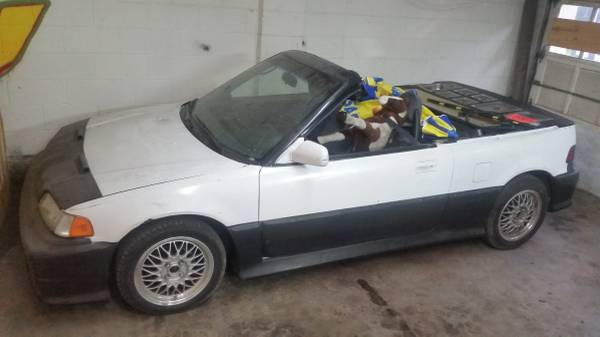 Two issues are noted: a cracked windshield and the lack of a roof for any inclement weather.  The seller has also made the offer to throw in some food and supplies so you can start slinging wieners ASAP. 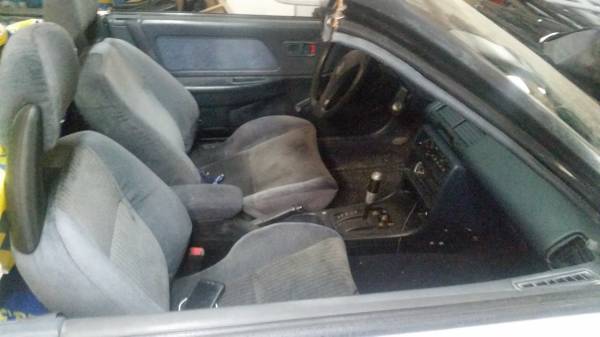 See a another car that pays for itself after selling a thousand hotdogs? email tips@dailyturismo.com

Cory is going to have a 1995 C36 AMG with door panels and rear seats after this weekend.