The Cadillac STS-V was high performance luxury sedan launched by GM around the same time as the CTS-V, but using more in-house Cadillac approach to the engine instead of the Corvette parts pin.  The end result is that the STS-V is perhaps more interesting (with only 2500 examples built), but less exciting than the CTS-V.  Find this 2007 Cadillac STS-V offered for $15,996 in Montour Falls, NY via craigslist.  Tip from Tim C. 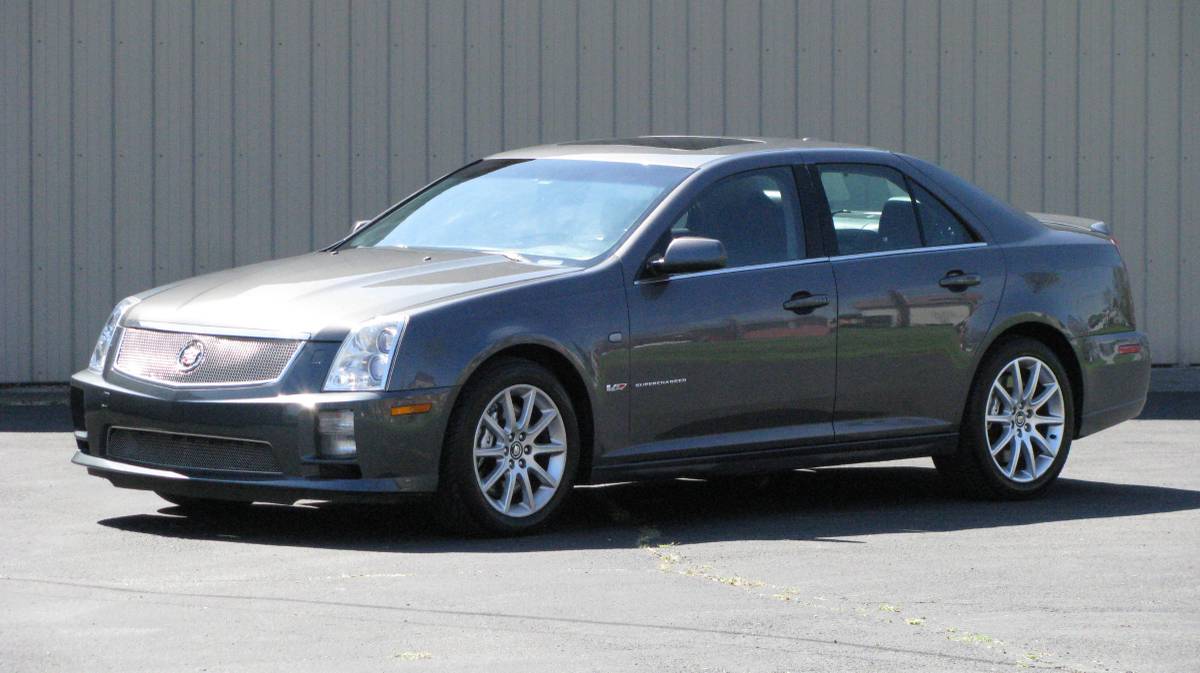 The STS-V wasn’t just more interesting than the CTS-V, it was also much more expensive with an MSRP of $77,715 in 2007 (versus $51,425 for the CTS-V) but that hasn’t stopped both cars from depreciating to the mid teens in the past 10 years. 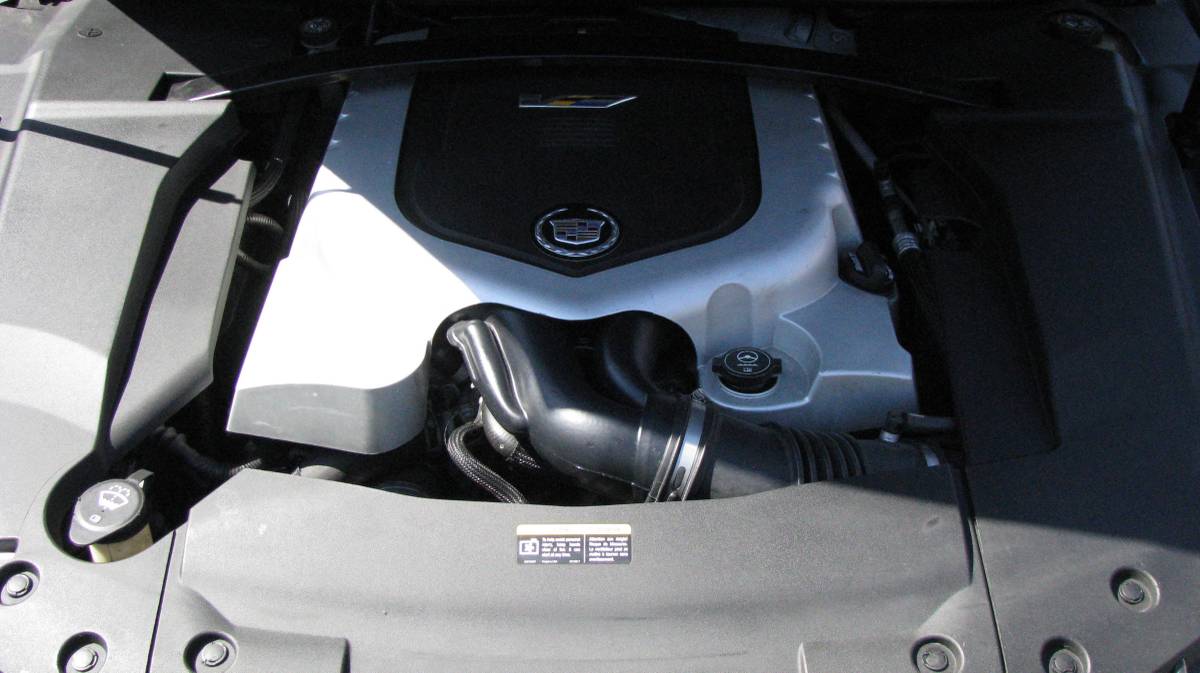 What did vehicle designers have against engines back in the mid 00s?  Thankfully the plastic shrouds that were all the rage are mostly gone, but under all that decorative junk is a 4.4 liter Northstar LC3 V8 that is supercharged to produce 469 horsepower and 439 ft-lbs of torque.  The only selection for transmission is a 6-speed 6L80 slushbox, but the 4300 lb STS-V is more of an AMG E55 style brute than an M5 competitor. 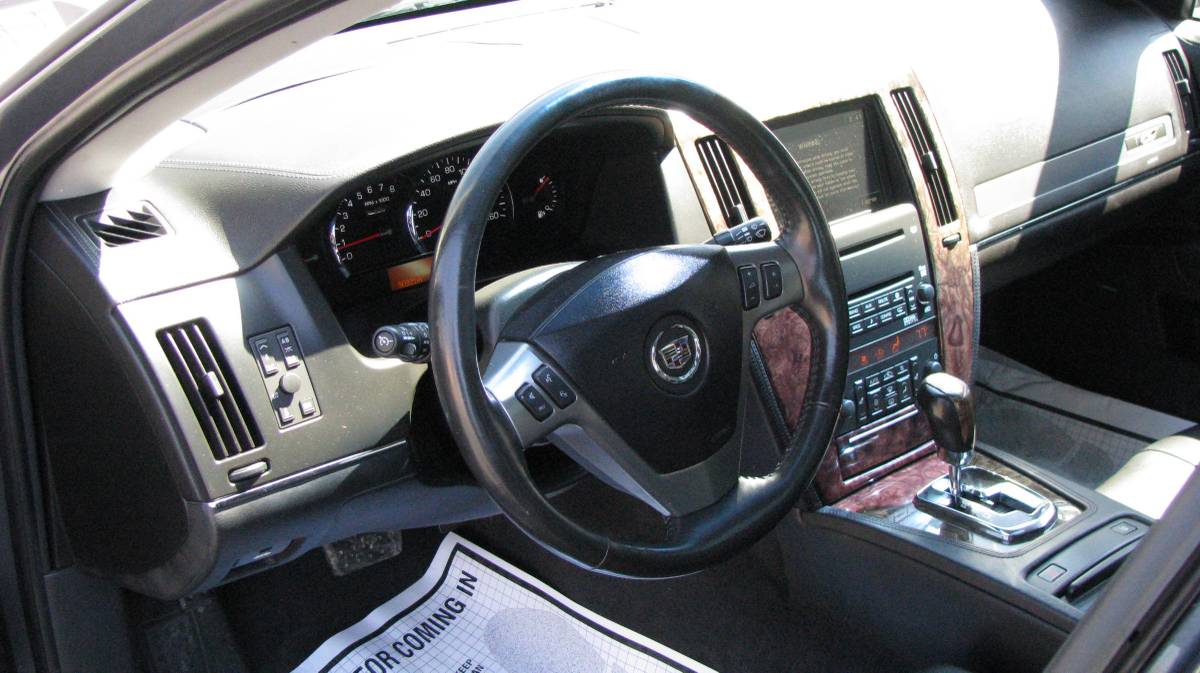 The interior of the STS-V is much nicer than the CTS-V and the leather/suede trim was allegedly contracted from the German firm Dräxlmaier who does interior for Maybach, Bugatti, Porsche and others.  The unique features of the V version doesn’t end at engine/interior but also includes monster sized Brembo brakes, a quick ratio steering rack, stiff suspension, and a limited slip differential with external oil cooler.  Did any of the original owners of the STS-V take these things to the track…probably not, but you can. 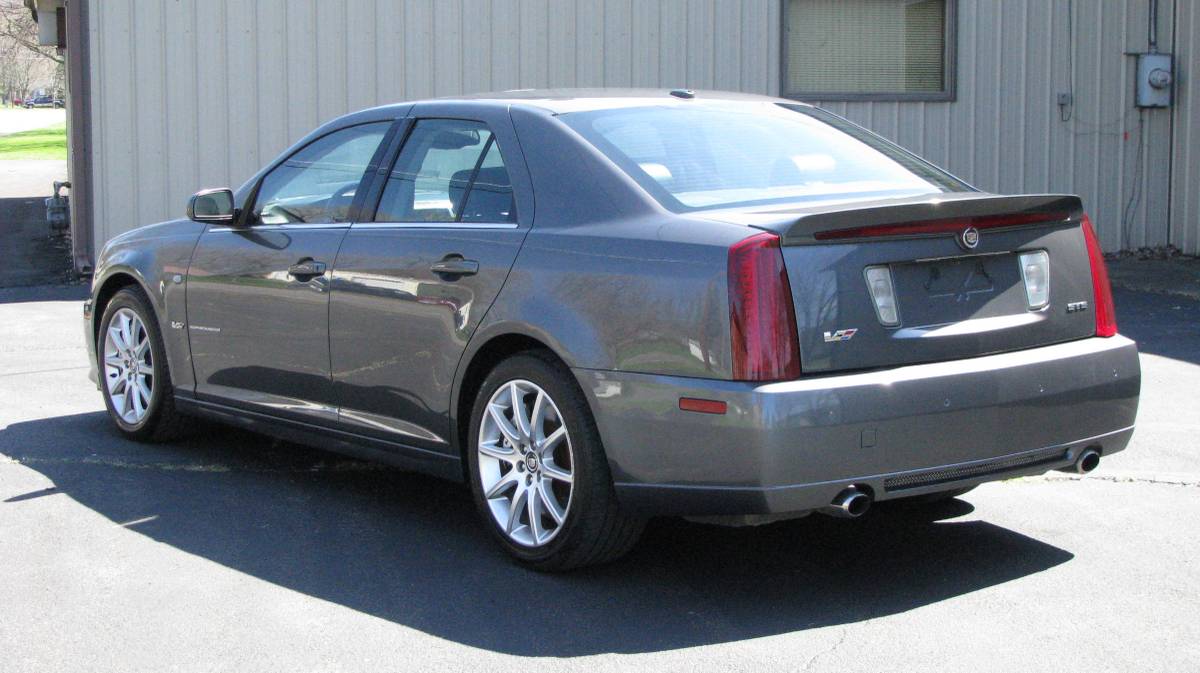 See a better way to go fast and confuse everybody? tips@dailyturismo.com