The W116 chassis Mercedes-Benz S-Class was presented to the public in September of 1972 with inline-6 and optional V8 powerplants.  It was a huge car in long wheelbase variant and tipped the scales at a healthy 3900 lbs, but is known for a smooth ride and rugged build quality.  If you are a Californian and have to deal with the state’s draconian emissions test requirements, stick to the 1975 and earlier cars — like this 1975 Mercedes-Benz 450 SEL offered for $3,000 in Marina del Rey, CA via craigslist. 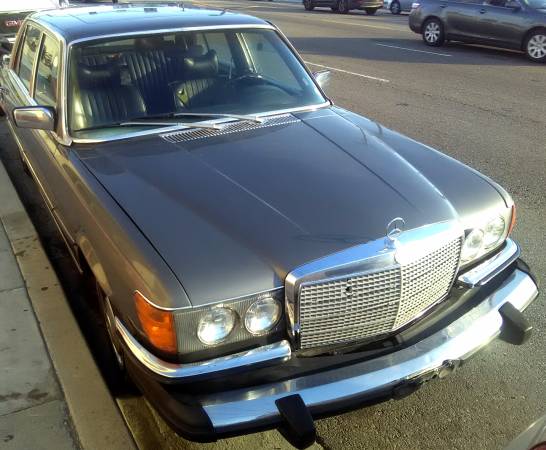 The 450 SEL variant of the W116 is motivated by a 4.5 liter single overhead camshaft (per bank) 90 degree V8 that pushes 214 horsepower and 266 ft-lbs of torque in a 3-speed automatic gearbox.  This 3900 lb beast isn’t fast by modern measurements, but for 1975 standards it wasn’t bad — and still makes for a decent highway cruiser. 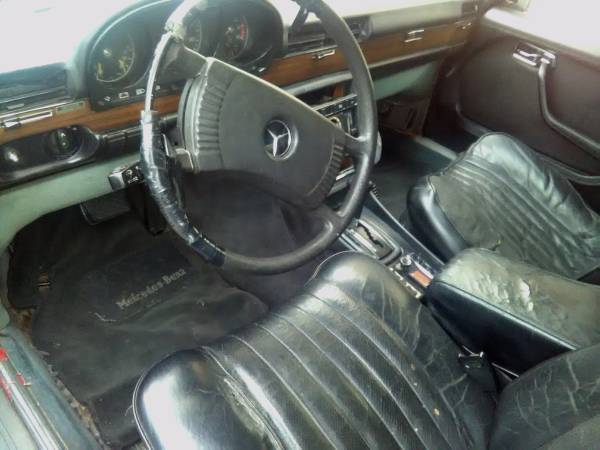 Today’s example is the opposite of what you typically find in this price range — usually $3k cars have nice interiors but are totally thrashed on the outside or need engine/trans work.  This one is mechanically and externally fine, but the interior looks like it was home to a litter of raccoons. Perhaps you could pick up an el cheapo non running example to strip for interior parts and end up with one really nice W116. 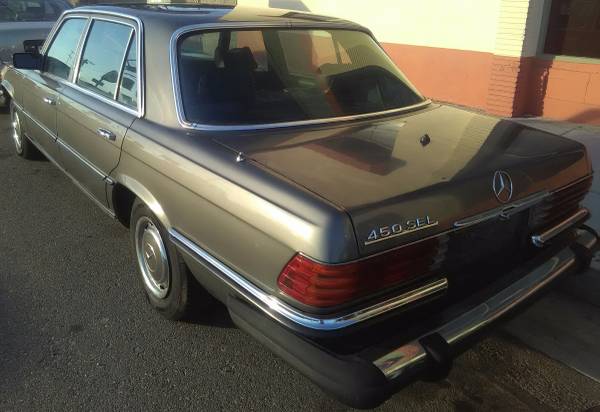