DT friend, tipper, and terminal Volvophile Luke sent in a great link to a cheap Datsun 620 pickup with an SR20 swap a few days back, but sadly that craigslist ad expired before we could feature the truck. So I started hunting around for alternative peppy J-tin; lo and behold, I hit the jackpot with a sweet wagon. It needs some work but seems like a steal of a deal for what’s included. Find this 1969 Datsun 510 wagon w/ KA24 swap project car for sale in Tracy, CA for $3,200 OBO via craigslist. 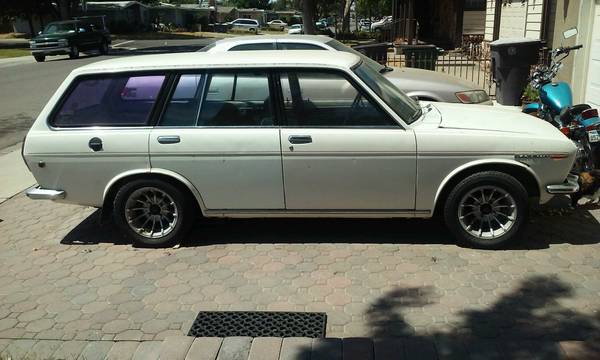 The 510 will always be on DT’s short list of fun older cars, not only because it is cheap, lightweight, and RWD, but because it’s Dave Coleman’s favorite car, period. Listen to the last DT Radio podcast from the first season here if you haven’t yet – Dave tells us some great stories about sliding sideways into ditches in his 510 Rally Beater. 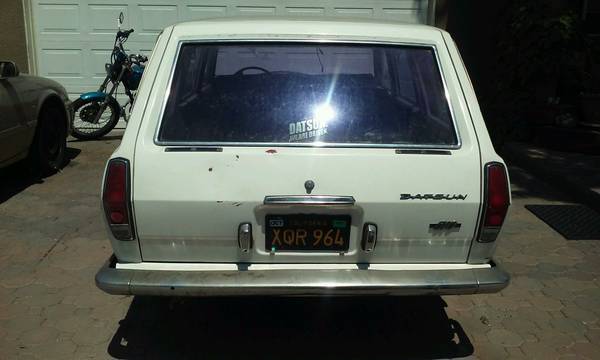 This wagon seems quite a bit nicer than a rolled rally car, what with it’s paint being all one color, the absence of dents or apparent rust, and the ALL IMPORTANT California black plates. Seriously, it seems like this builder started with a very solid native car as a donor chassis, and if this is true, 3200 bucks is going to seem like chump change in a few years. And it’s way cooler than a Nissan Juke, even if it won’t be any faster on dirt. 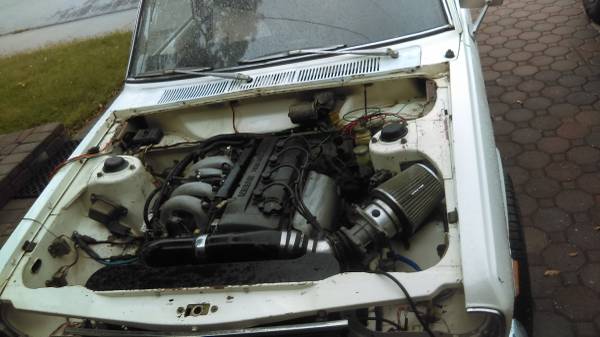 The 2.4L naturally aspirated KA24E 4-cylinder engine is quite literally a truck engine, but it was also Nissan’s powerplant of choice in the venerable S13 and S14 240SX chassis, at least here in the States. Elsewhere the lithe coupe was known as Silvia, and she sported the SR20DET under her bonnet, but we won’t go too deep into such topics here. For a lightweight ’60s unibody Japanese car, the KA24’s stock output of 155hp is going to feel great. Not to mention 160 lb-ft of torque, sent to the rear wheels via a close-ratio 5-speed manual trans from a 1995 240SX. Yes, the KA had its origins in the Hardbody, Frontier, and Pathfinder – but this ain’t no 22R-E. Iron block – yes – but this is a proper 16-valve DOHC mill that makes 50% more power than Toyota’s 2.4L of choice in the ’90s. 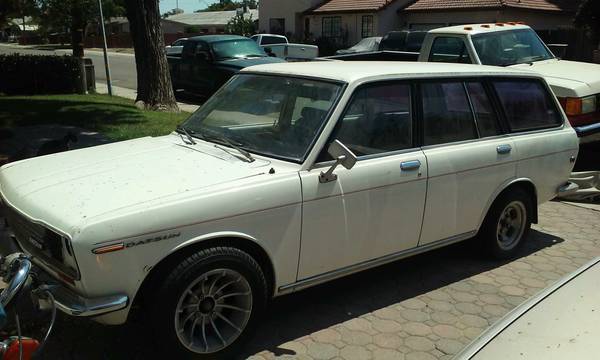 If you’re good at wiring, have a matching set of wheels available, and don’t mind a ratty interior – I’d suggest giving this project a serious look. With a few months of “sorting” attention and maybe budgeting another $3k for parts and miscellaneous expenses, this would still be a great budget restomod Sport Compact Car.