Some cars have a cool back story and others are just plain cool.  I’m not sure what is the backstory behind Mercury’s Marauder, but it was a bit more than just a hot rod version of the Mercury Grand Marquis, which was really just a fancified version of the Ford Crown Victoria. Regardless, somehow, some product planner at Mercury in the early 2000s Mercury’s managed to convince the normally shortsighted bean counters at Mercury to let them shove the 302 horsepower Ford Mustang Mach 1 DOHC 4-valve engine into the full-sized Panther platform sedan and the rest is tire burning hot rod history.  Find this 2004 Mercury Marauder offered for $6500 with those 22″ blingy wheels and, mercifully, $5000 with stock 17″ steelies located in Phoenix, AZ via craigslist. Tip from FuelTruck. 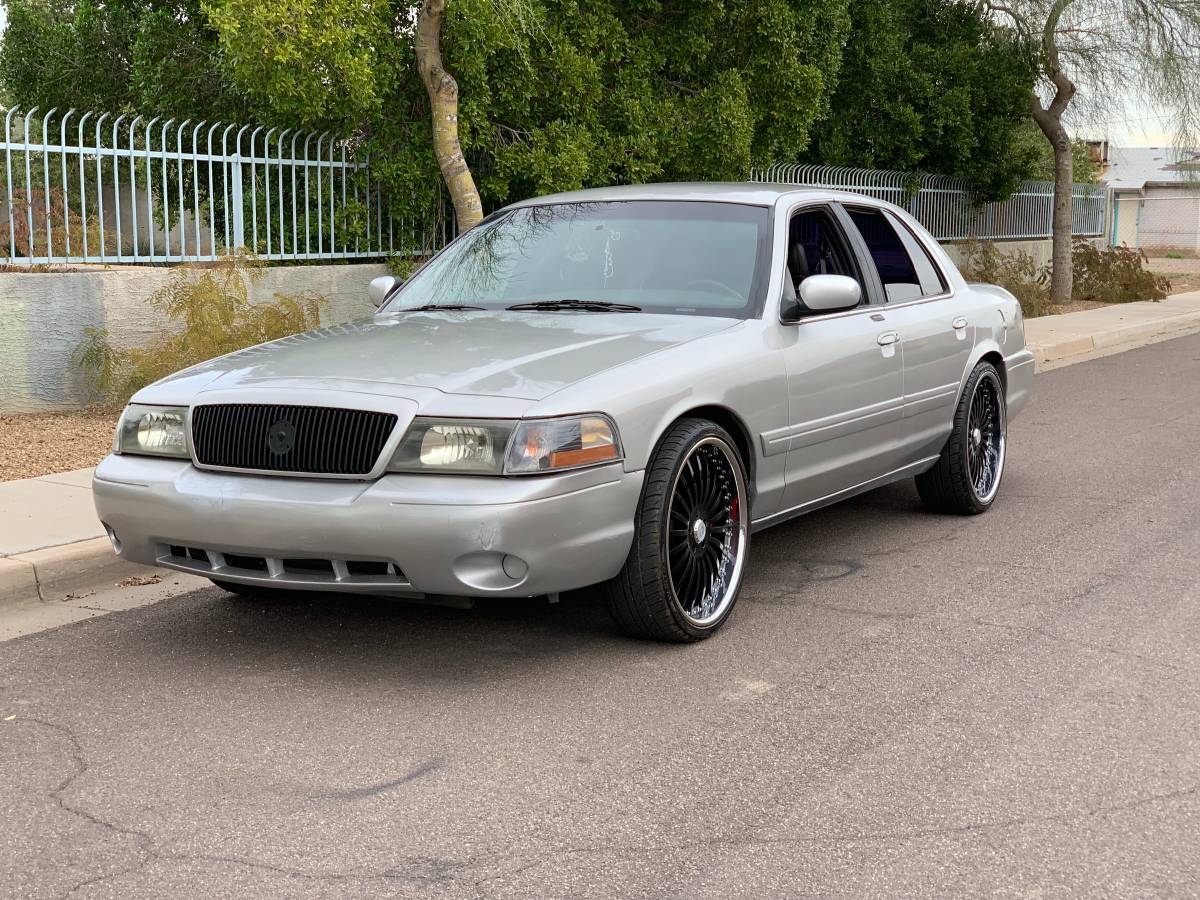 This might look like your typical ford crown Victoria or mercury grand marquis but it’s not! It’s a 2004 mercury marauder, this car was made for 2 years 2003 and 2004, it’s a mix of the best of both cars with a factory 32v mustang cobra engine. Very hard to find. 115,000 original miles, runs and drives good, just serviced, just passed emissions, very clean in and out. 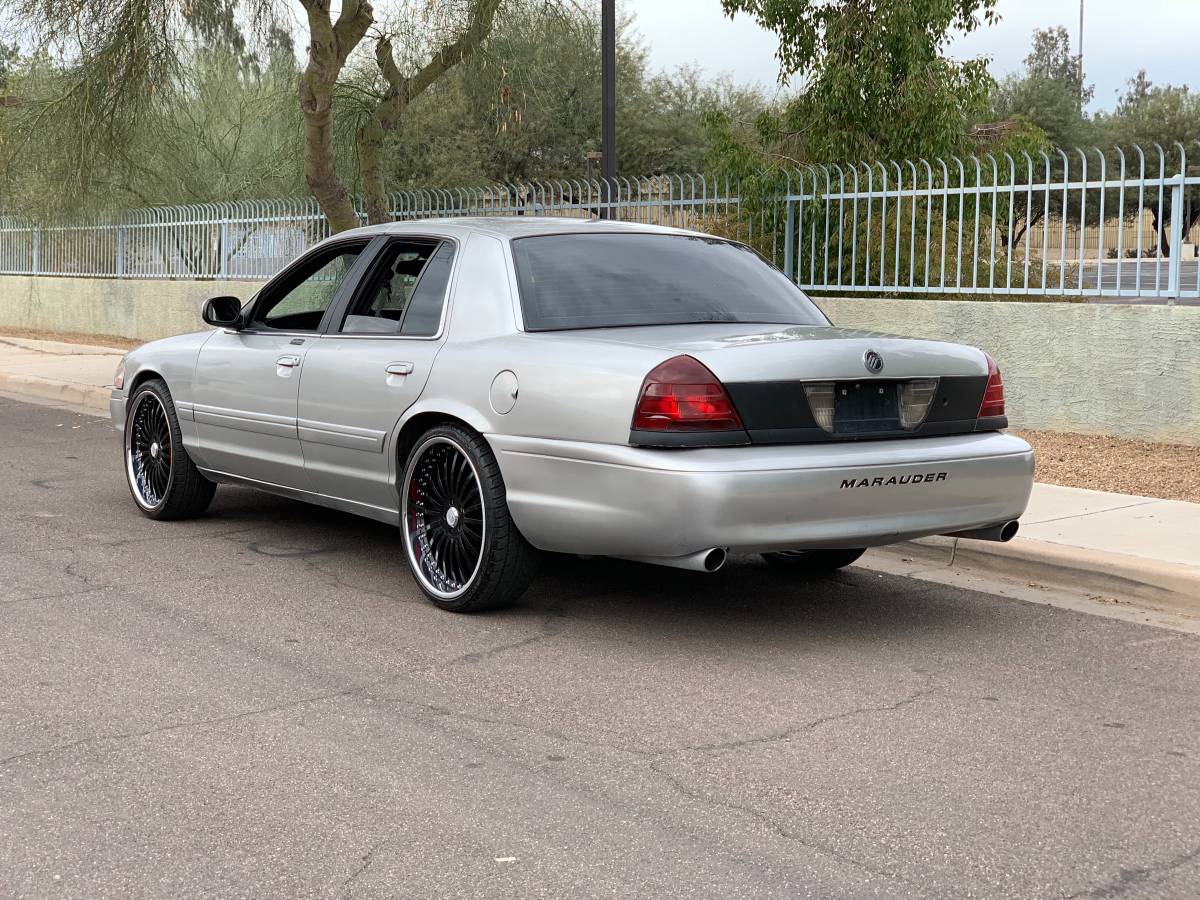