The last of the classic full-sized American built station wagons (Buick Roadmaster or Chevrolet Caprice) rolled off GM’s assembly line in Arlington, Texas in 1996– but in another time those things clogged the roads filled with families doing things like going to church or traveling to Aunt May’s house for a weekend of running around in the woods.  To say they handled like a boat is, frankly, an insult to boats, but if you want to relive the summer days of riding backwards in a smoldering hot car, I don’t think you could go wrong with this thing.  Find this 1965 Ford Fairlane 500 Custom Ranch Wagon offered for $12,900 in Grand Rapids, MI via GRAutoGallery.  Tip from Michael. 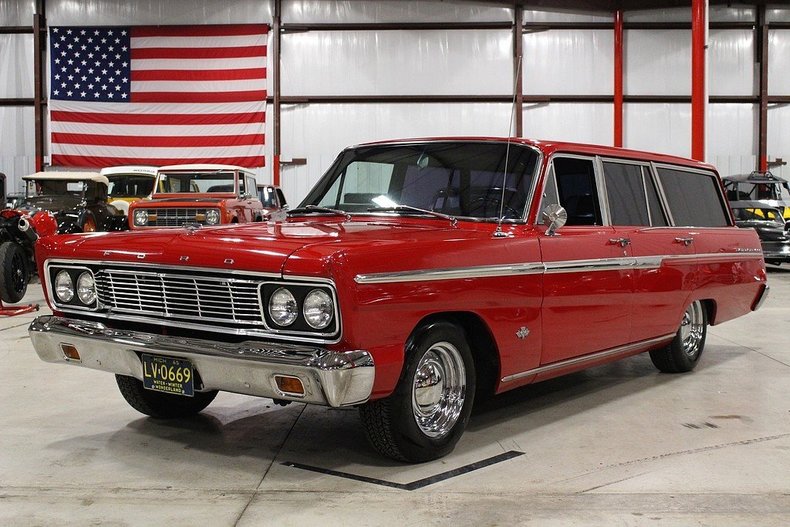 The Fairlane name was originally plastered on the back of a full-sized sedan in 1955, but in 1962 it was moved to Ford’s midsized chassis where we see it here.  The Fairlane is technically a unibody chassis, but used something Ford called torque boxes — four boxed metal pieces in the underbody that added compliance/damping to reduce NVH. 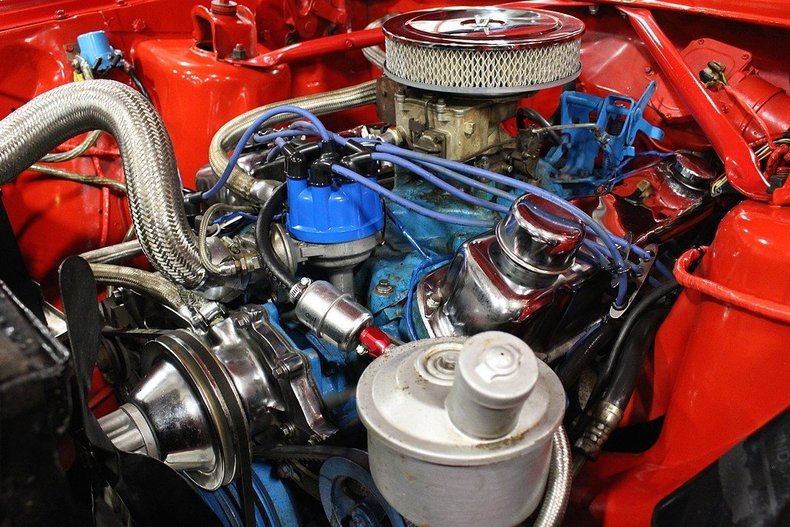 Under the hood is Ford’s 289 cubic inch V8 which would have been rated at 195 horsepower when equipped with a 2bbl carb from the factory. 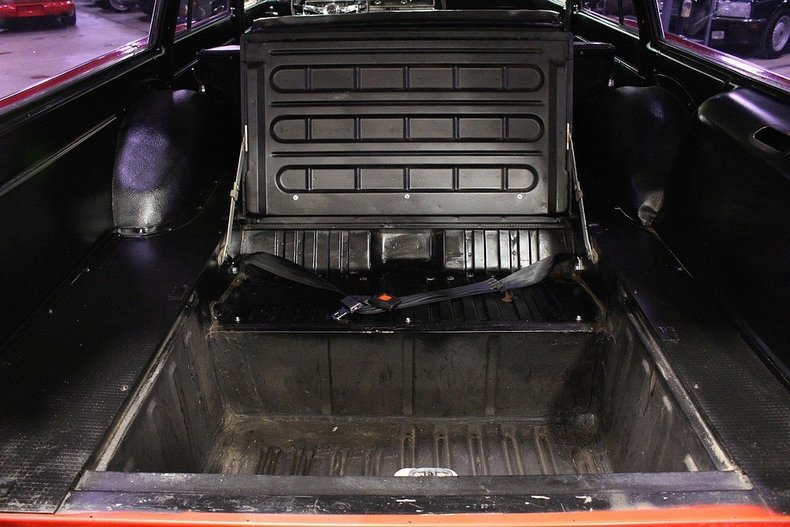 Wow, that rear seat doesn’t look very comfortable — it looks more like a kid-sized waffle iron if you ask me, but I think once you source a set of seat cushions it should work fine. 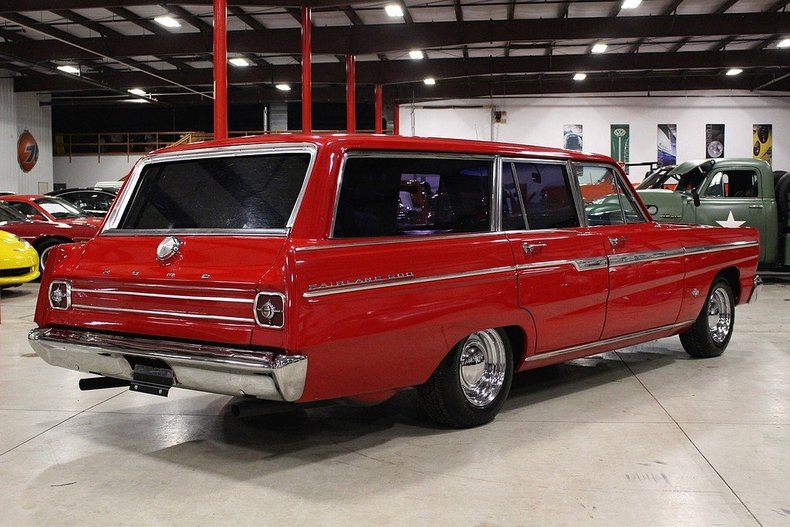