Today’s first feature comes as a seller submission from Matthew at Righteous Trading Company out of Colorado who sent us a few tasty Land Rovers to post.  I couldn’t decide which one to feature first, so we are going to play a little game of pick the better beast of burden.  You get to choose between a 1989 Land Rover Defender 110 5-door named Charles and a 1988 Land Rover Defender 110 5-door named Elizabeth. 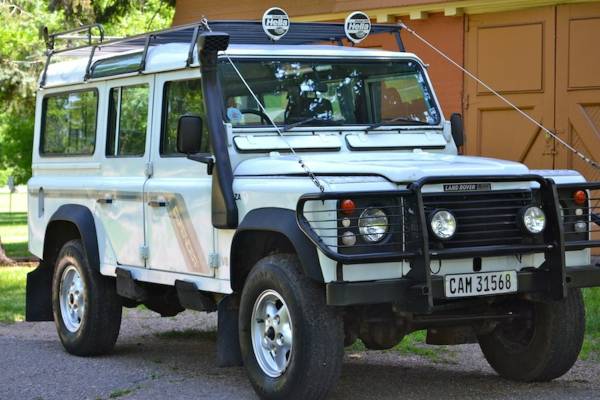 First up is Charles, a 1989 Land Rover Defender 110 5-door offered for $33,500 outside of Denver, CO equipped with a Rover 3.5 liter V8 that was recently imported from South Africa.  Charles has 131,000 miles on the odometer, a manual gearbox, and was used for numerous safaris in a place called Morgan Bay — but would probably fit right in at the drop off zone for some high-end prep school in Manhattan.  Forget overpaying for something like a Mercedes G-Wagen, get the real deal! 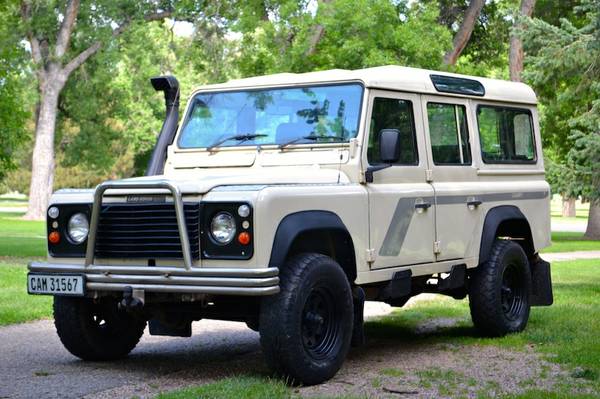 Elizabeth is a 1988 Land Rover Defender 110 5-door offered for $29,500 outside Denver, CO equipped with a similar Rover 3.5 liter V8 and 5-speed manual gearbox.  Miles are slightly higher at 141,000, but nothing to worry about on the great scheme of things.

Got your own cars to sell? Send em here: tips@dailyturismo.com