I’m not sure if I speak for the rest of the DT staff, but I’ve got a healthy appreciation for pre-war Ford product.  Sure, it seems like 95% of hot rods started as ’32 Fords, but there is a mechanical elegance and tasteful simplicity about a stock blue oval from this period. If Henry hadn’t ceded some control to his son Edsel in the late ’20s, I’m sure that Dearborn would have pumped out Model Ts until federal safety and emissions standards were introduced. It’s a good thing he did though, because the Model A was the company’s first car with modern controls and is a classic in its own right. Find this 1929 Ford Model AA flatbed truck for sale in Big Bear Lake, CA for $7,500 via craigslist. 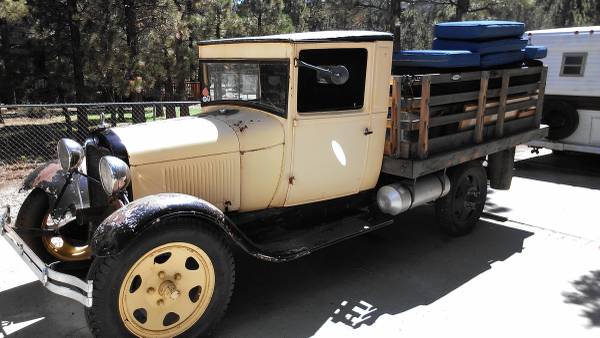 The basic Model A lineup included a small pickup truck, but Ford Commerical sold a medium duty / dually rear axle version called the AA. It was still powered by a modest 4-cylinder flathead engine, but was built on a much beefier frame than the flexy noodle used for the passenger cars and pickup. Huge steel wheels, an extended wheelbase, and a stake bed round out the package on this AA. 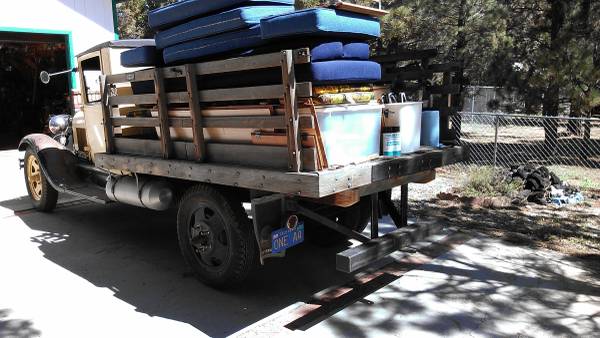 The seller’s honesty is refreshing – it sounds like this truck has been in the family for about 30 years, and they say the bed is “mahogany and looks really good when it’s all oiled up and taken care of but it’s pretty dried out and you’ll get a splinter just by looking at it. Some TLC and lin seed oil will bring it back into a better condition.” My corneas are itching already. 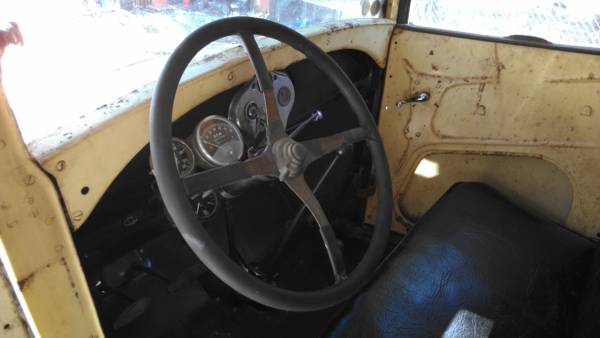 The interior of a Model A or AA is going to feel like some kind of crude carnival ride by the standards most of us hold for automobiles, but this was actually a big improvement over the T, with the introduction of the conventional clutch/brake/throttle 3-pedal layout, and the H-pattern gear shifter. In the Model T, there was no clutch pedal, you shifted with your foot, and the accelerator would be easily mistaken for a windshield wiper stalk. Try hauling firewood or loads of furniture in one of those, and you’ll appreciate the luxurious modernity of this AA. 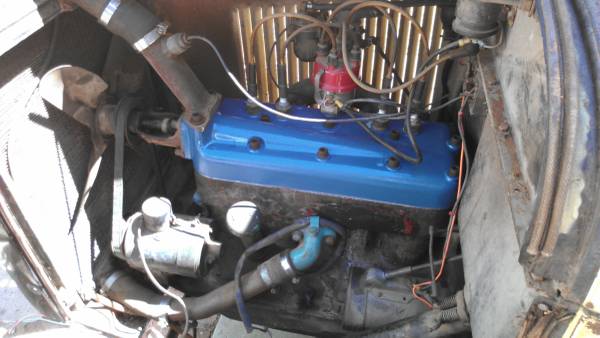 The seller says the big 201 cubic inch (3.3L) four banger is “fairly fresh,” with new babbitt. If you’re wondering what in tarnation that could be – it’s a tin-based soft bearing metal, cast in place in the engine block. As in, you don’t just pop new main crankshaft bearings into the block and cap as usual these days – you have to get the new bearings poured into the block and then machined to fit the crank. As a hydrodynamic bearing surface it’s apparently quite well suited to its job, if labor intensive to replace. The head, cam, carburetor, and exhaust manifold are hop-up parts on this truck and they could be good for around 50hp at a whopping 2500rpm – maybe. 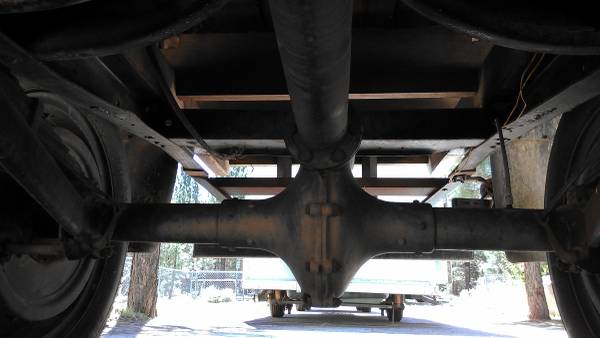 It’s great to see underside chassis photos included in the ad, since it saves your knees as a buyer and gives an indication of the vehicle’s general health. Here we see a few more peculiarities of the early Ford engineering – the solid “banjo” style axle has a worm drive mounted high on the ring gear, geez; but it is also a closed driveline as all Fords were until the late ’40s. What you think is the driveshaft is actually a torque tube bolted to the housing, with a small diameter solid driveshaft contained inside. The rear transverse leaf spring is just visible at the top of the photo and the solid wishbone with single ball pivot point can be seen at either side. 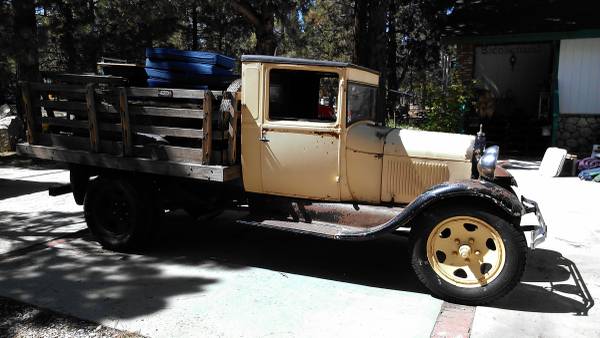 These old Fords are more like tractors than modern cars in a lot of ways, and I always get a kick out of delving into this other mechanical world and learning about their various systems. I can imagine owning one would be a hoot – in a geeky way. Who dares me to buy this stakebed truck and drive it to work every day?