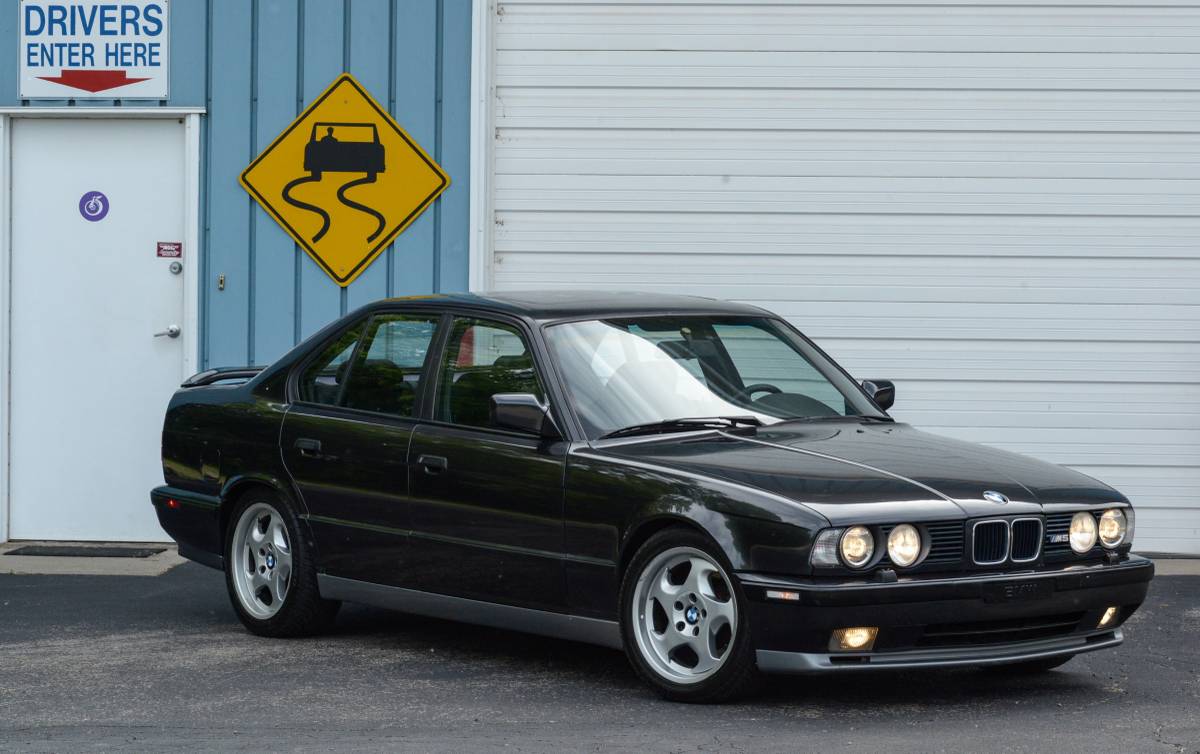 The car featured here represents a bit of a conundrum. Yes, it’s cool, “Because V12 M5.” It’s an E34, which happens to be my favorite generation, and it appears to be in above average condition with a ton of work done. But it doesn’t really make any good sense. Stick with me and I’ll explain. 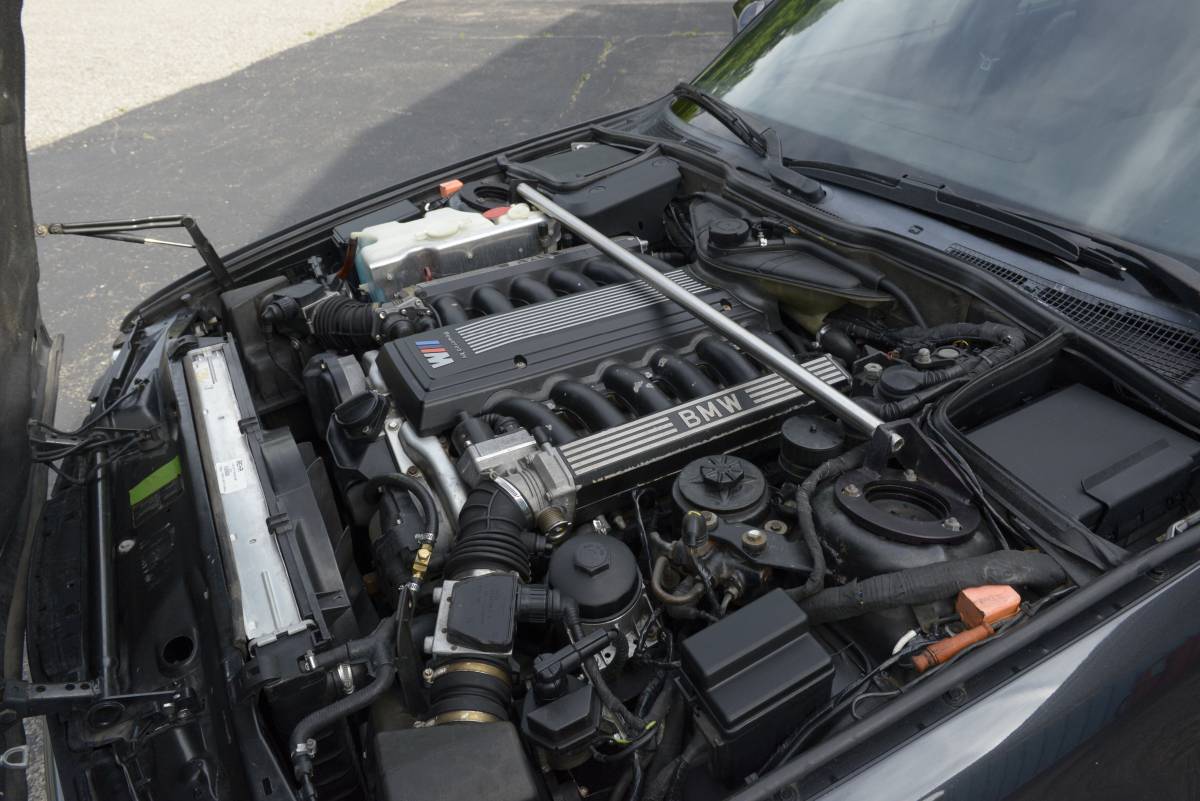 I suppose if BMW’s foray into exotic engine design had been some sort of über-V12, like two S38s siamesed together, it would’ve been epic. That would mean a 7.0 liter, 600+hp, 48-valved monster with 12 individual throttle bodies and two bundles of snakes leading out to the exhaust. However, the production M70 V12 was created by using parts from two M20 inline sixes. You may remember the M20 from such cars as the E30 325i. Not a bad engine, and physically smallish, such that two of them sharing a common crank wouldn’t be overly huge. 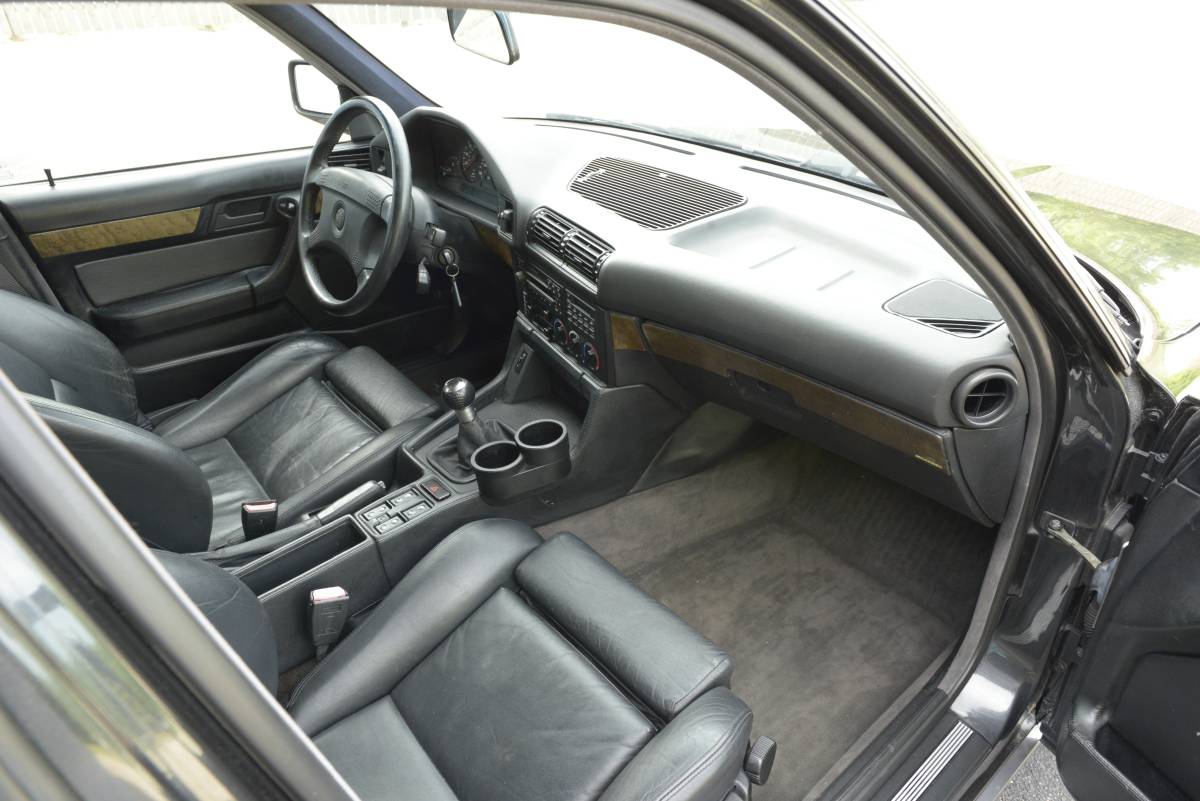 The problem is that this is a 5.6 liter V12 making only 380 bhp in this, its top-spec “S70B56” iteration. OK, I’ll admit this is a good bump up from the stock S38’s output of 315 flywheel-measured horsepower, and of course the 410 lb-ft torque mountain will totally change the character of the car into a real low-end bruiser. 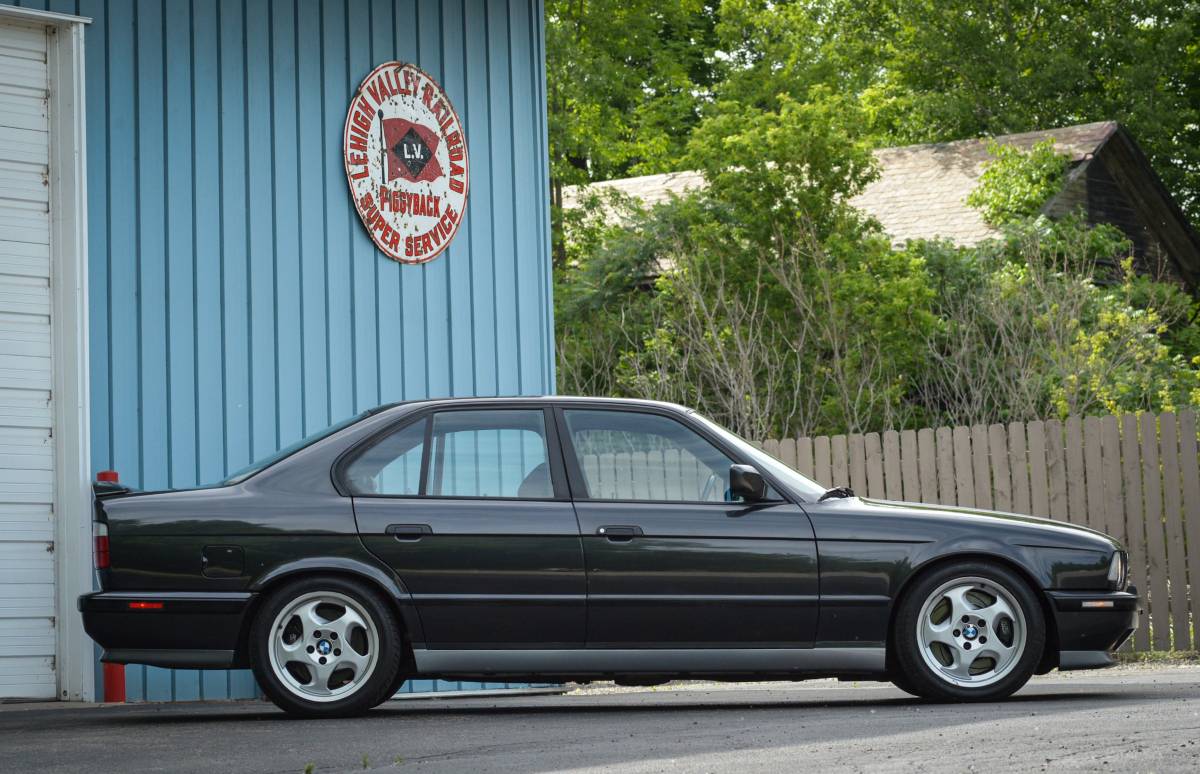 So maybe it’s not that bad after all. The M70 and its various iterations have been swapped into all manner of BMW over the years, so it’s not surprising to see another E34 recipient. The S70B56 variation seen here however was only ever sold in the 850Csi coupe; with just over 1500 units ever made, this will make for good bragging rights at your local Four Wheeled Vehicles & Caffeinated Beverage meet. 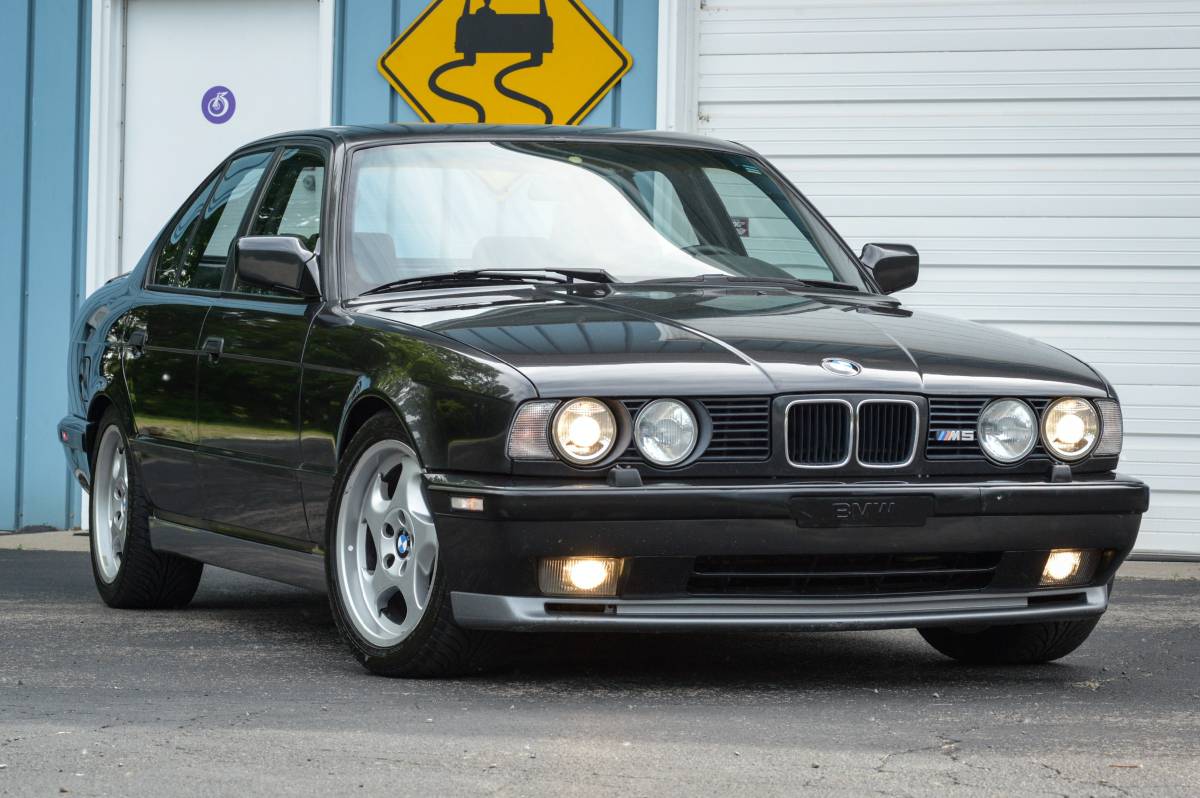 I would certainly stop taking the moral high ground if the seller offered me a test drive in this beast, and after hearing the sonorous note of combustion events happening every 60 degrees of crank rotation, I’d likely be a fan of the S70 as well. It’s fun to think about banshee V10 swap, or a twinned-up S38 V12 that never was (S76?), but a real car beats an imaginary car every time. 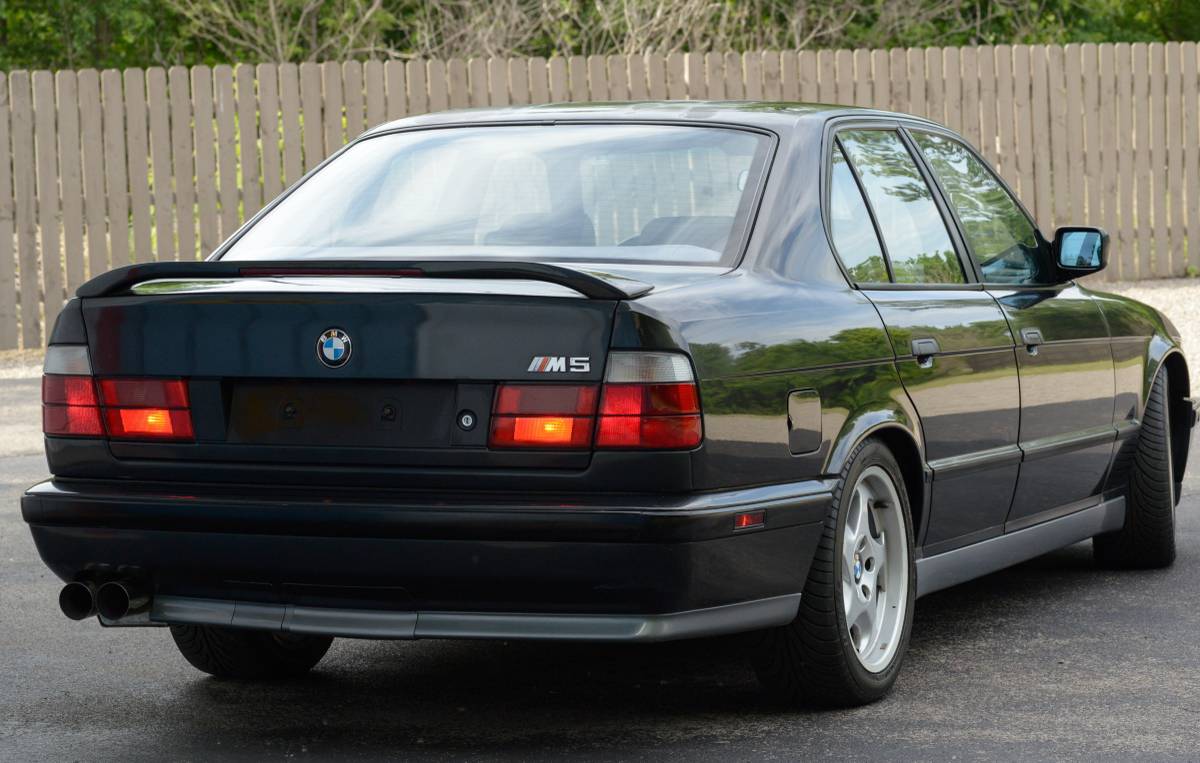 Kudos to the builder and seller for conceiving of such a cool mashup of themes here, and keeping it running and looking badass. Sure, there is some clearcoat failure on the roof, but “that’s why paint comes in cans.” Besides the engine swap, this car has a 6-speed manual trans, Quaife limited scrimp differential out back, and a whole host of suspension and brake upgrades. It even looks stock, which I’m sure took incredible restraint!

Find a better engine swap for us to analyze? email us here: tips@dailyturismo.com

CFlo is Daily Turismo’s Technical Editor and co-founder. He’s paying attention to E34 M5s again because he recently got his ’93 back on the road. His wallet is suffering but his conscience is clear.