Mentioning the name Ford Escort will typically incite fear and loathing from the American automotive enthusiast, but ask a European petrolhead and they will regal you with great stories about a little Ford built in Britain and Germany. That is because the European Ford Escort was not a pathetic little crapbox that ate headgaskets like a tween eats Twizzlers, but instead it was a capable rear-drive saloon with a rally credentials and decent built quality.  Find this 1975 Ford Escort Mk II offered for $16,500 in Redding, CA via craigslist.  Tip from Kaibeezy. 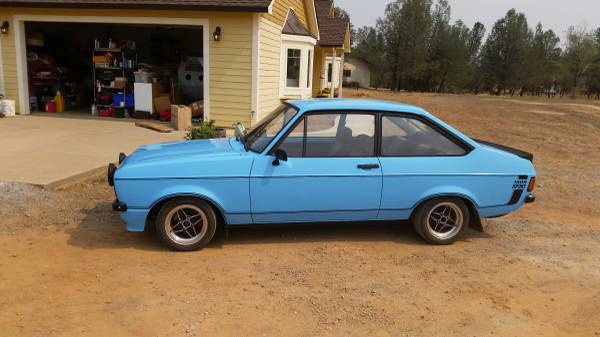 In truth this is a bit more that I’d like to spend on a vintage Mk II Escort, not because they aren’t cool cars, but because  it is a bit more than the current market supports. However, this example looks really well done, with a nice set of wheels and rally lights up front. 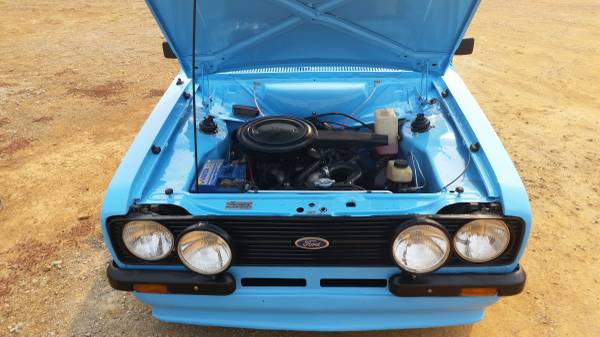 Under the hood is a 1.6 liter Ford Kent inline-4 (funny that the Europeans call this the Kent engine, but in ‘Murica it is called the Pinto engine…haha!) that produces something like 84 horsepower.  This one is mated to a 4-speed manual gearbox, but precious little additional info is included in the ad. 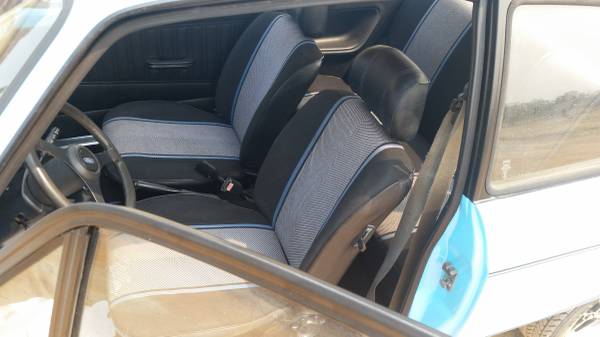