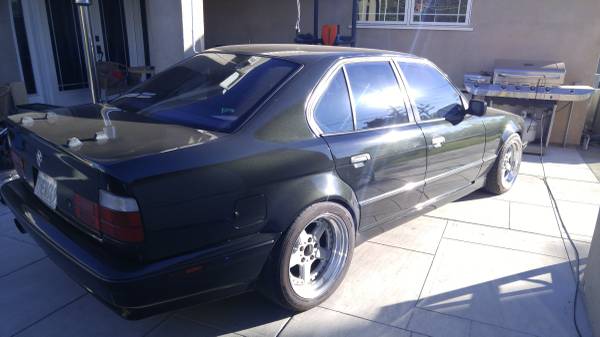 Let’s get the elephant out of the way first – the price. Yes, this is a rare configuration here in the western hemisphere, and it looks pretty awesome – but no, the modifications this guy has done do not make the car more valuable than a stock example. Sorry seller, but a clean, stock BMW will always command a premium over a homebuilt special. And you can still find a decent stock North American spec 3.6L version for less than this asking price. 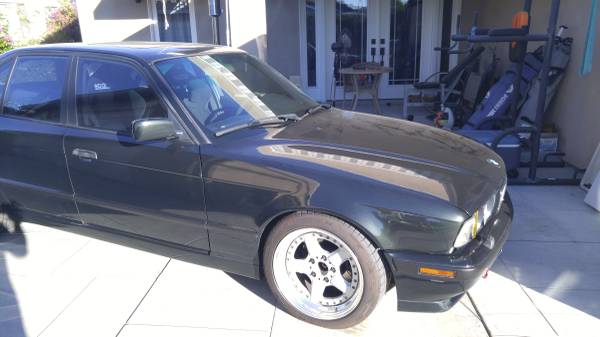 That being said, as a driver, this thing would be a hoot. The fenders have been not-so-subtly flared both front and rear, all the better to stuff 17×9 and 17×11″ ACSchnitzer Type II 3-piece wheels. Tire sizes are unspecified but I’d guess somewhere around 245s in the front and 305s in the rear, to make the most of those deep dishes. The paint almost looks black in the photos provided but is a dark metallic green – repainted after the flare modz, presumably. These are the same wheels on our own DTM5, but with wider barrels. 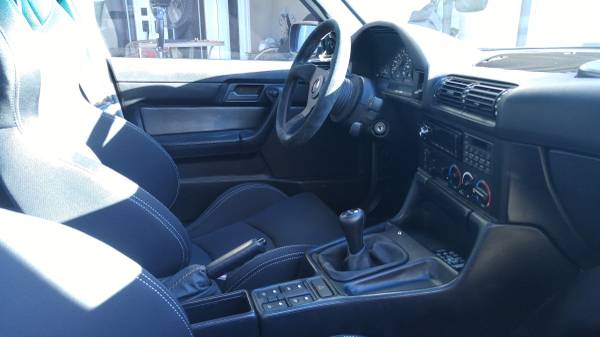 The interior isn’t stock either but seems to be set up well for enthusiastic driving given the Sparco seats, small diameter thick rimmed suede steering wheel, and apparently a delrin-bushed short shifter and a “chromoly half cage” (presumably in the rear). It seems to be set up as a trackday car that could haul a few people and haul ass to the circuit of choice, then do a respectable job of turning laps once the fun starts. 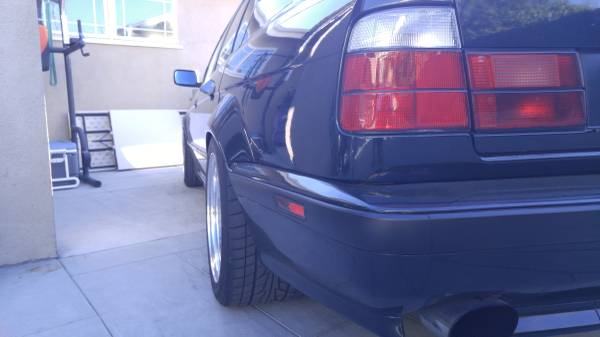 It’s been up on CL for 10 days now – the market is limited for this type of beast, and it does seem overpriced given the irreversible modifications. Besides some recent maintenance the health of the exotic S38 engine isn’t mentioned, so a PPI would be a good call if you’re seriously interested.

See a better widebody sports sedan for the price of a 2-year-old Accord? tips@dailyturismo.com