Do not attempt to adjust your television set — but please remove any kids from the room as the following segment might be unsuitable for small children.  This next thing looks like the future according to people from the 1980s, but is actually a first generation Honda Civic with a body kit.  Find this  1979 Honda Civic Spex Elf Kit here on eBay

bidding for $3,550 with 1 day to go in Alberta, Canada.  This Spex Elf was previously featured on DT from a Kijiji ad back in Sept 2015 here. 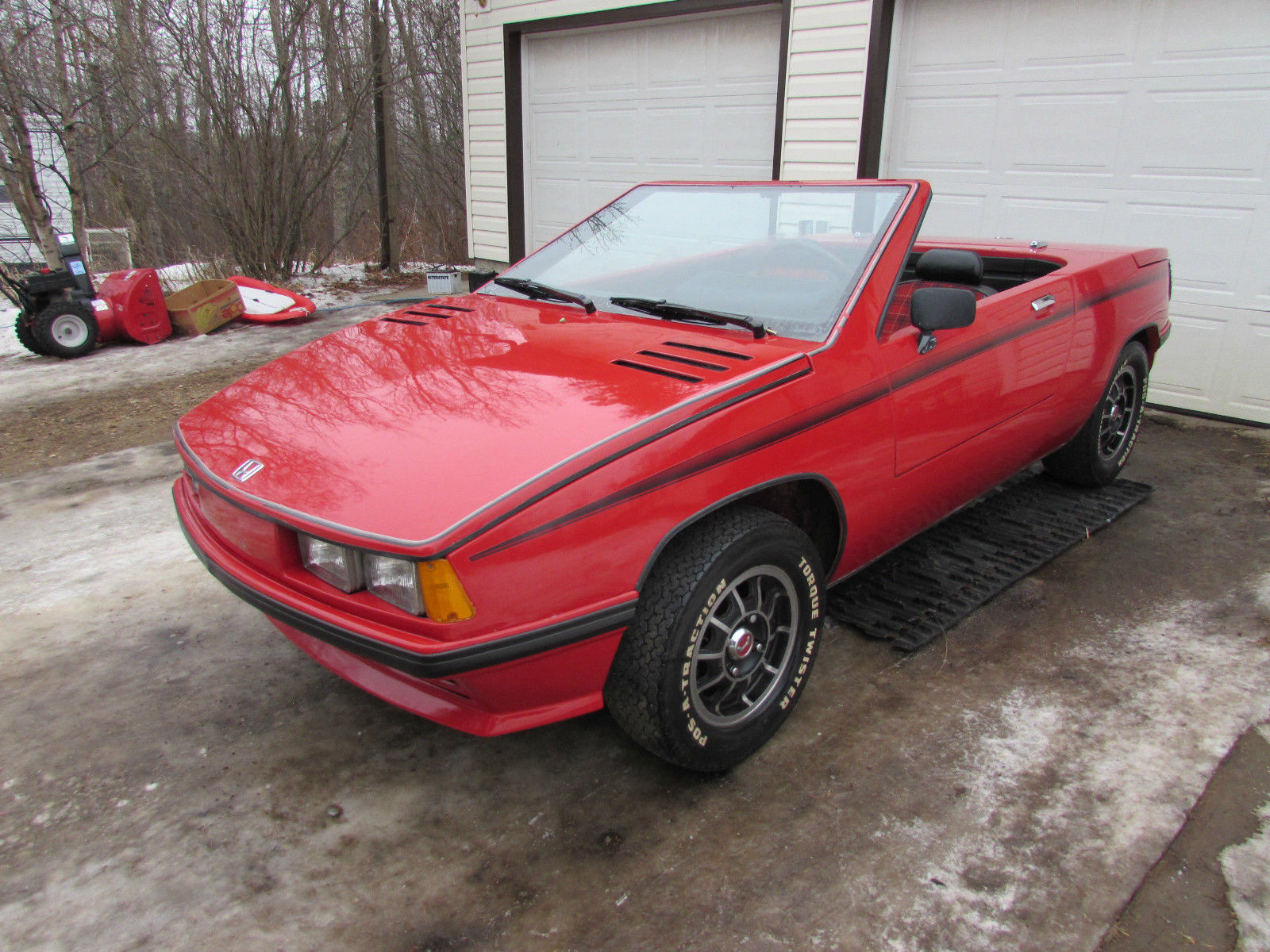 The Elf was a product of two Canadian designers, Paul Deutchman & Kell Warshaw — the former went on to work on the Calloway C7 Vette, and was somehow involved with the Campagna T-Rex 3-wheeler. 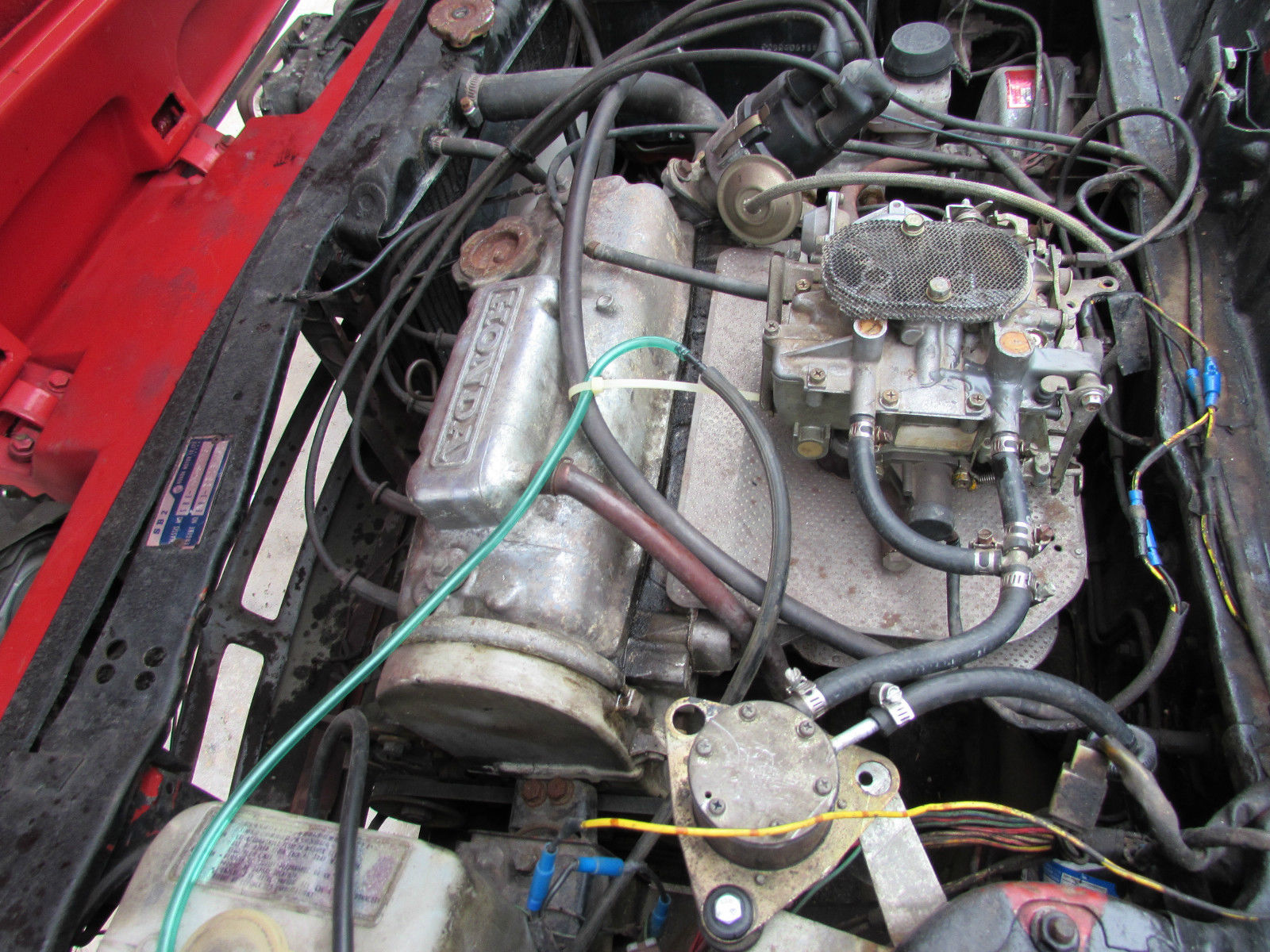 This car would have originally come with a 1.2 liter 4-banger, but now it has a 1.6 liter engine from a Prelude (possibly an Accord?) — and a custom chicken-wire air filter over the carburetor. 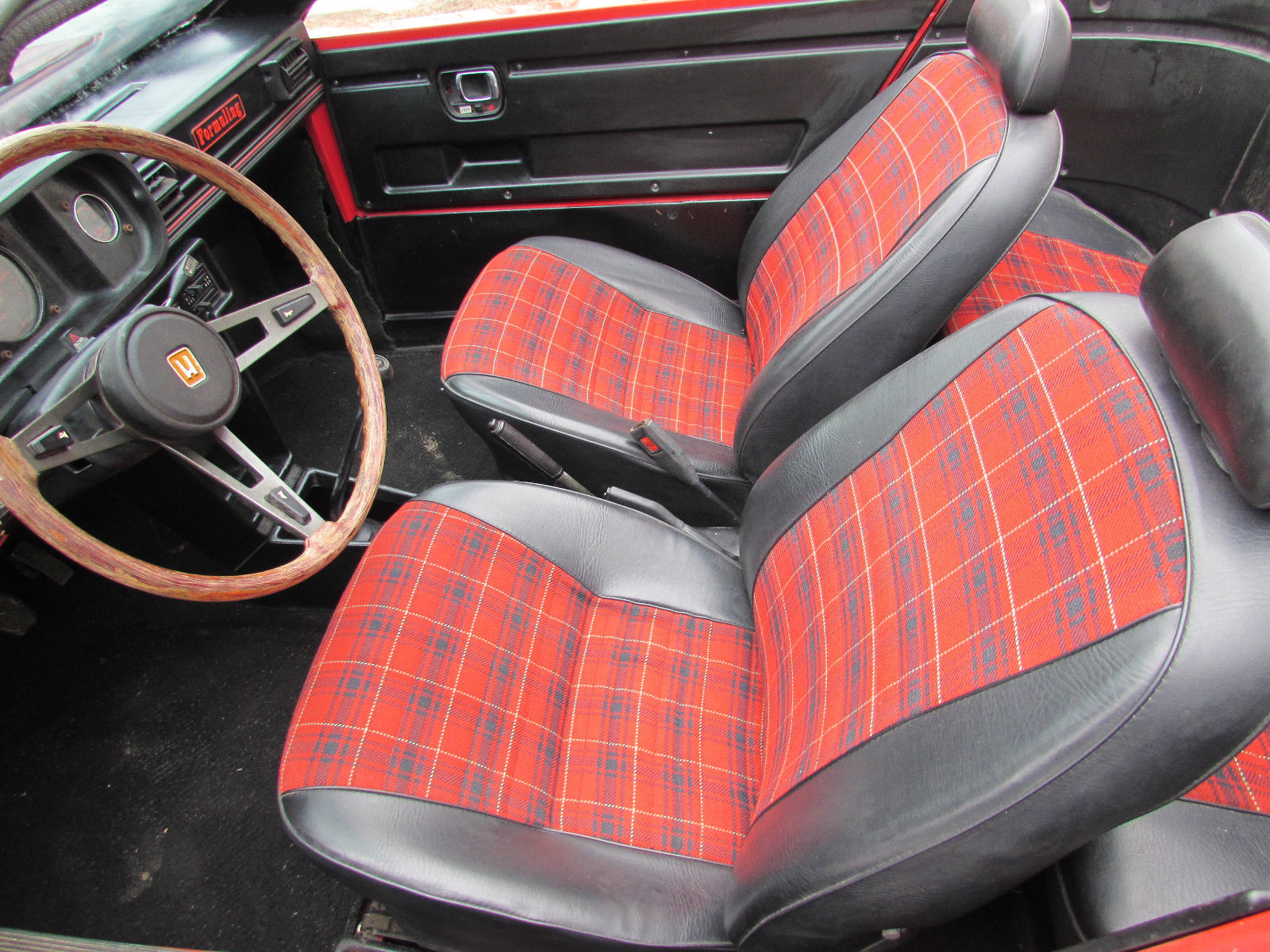 On the inside you get some sweet plaid seats and a genuine simu-wood steering wheel — both of which look way too nice to be original.  The car doesn’t have many kilometers on the odometer, but it will need some freshening up before you go cruising around. 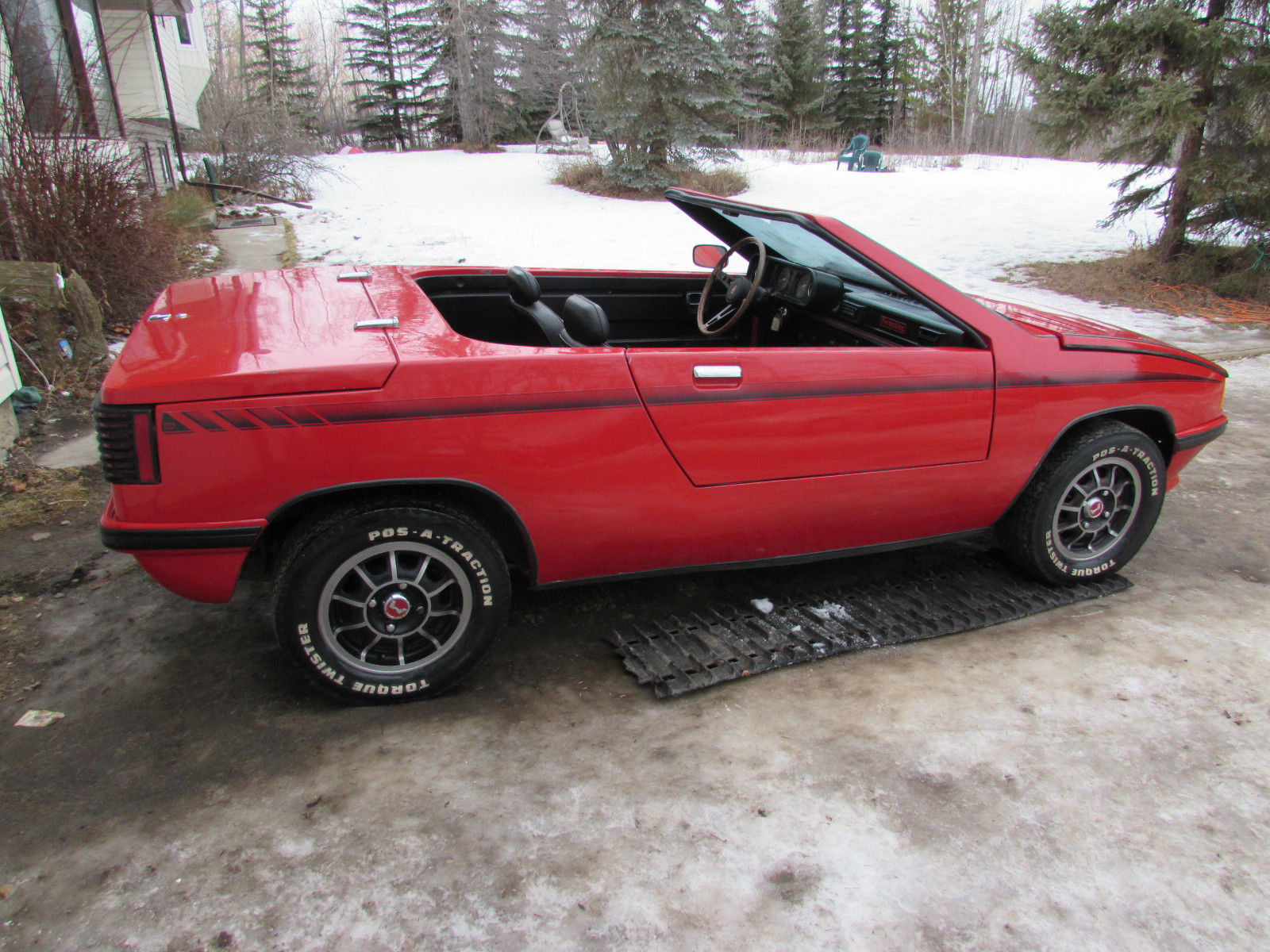