The modern version of the three wheel automobile has taken a decidedly sporty approach (with the exception of the Elio…which will probably never actually be sold in any decent quantity) with things like the Slingshot and the Campagna T-Rex…but it wasn’t always this way.  There was a time when a three wheeler was just a single performance step above a bicycle.  Find this 1967 Sports Rider by Kelsen Manufacturing offered for $2,000 in Petaluma, CA via craigslist. Tip from Rock On! 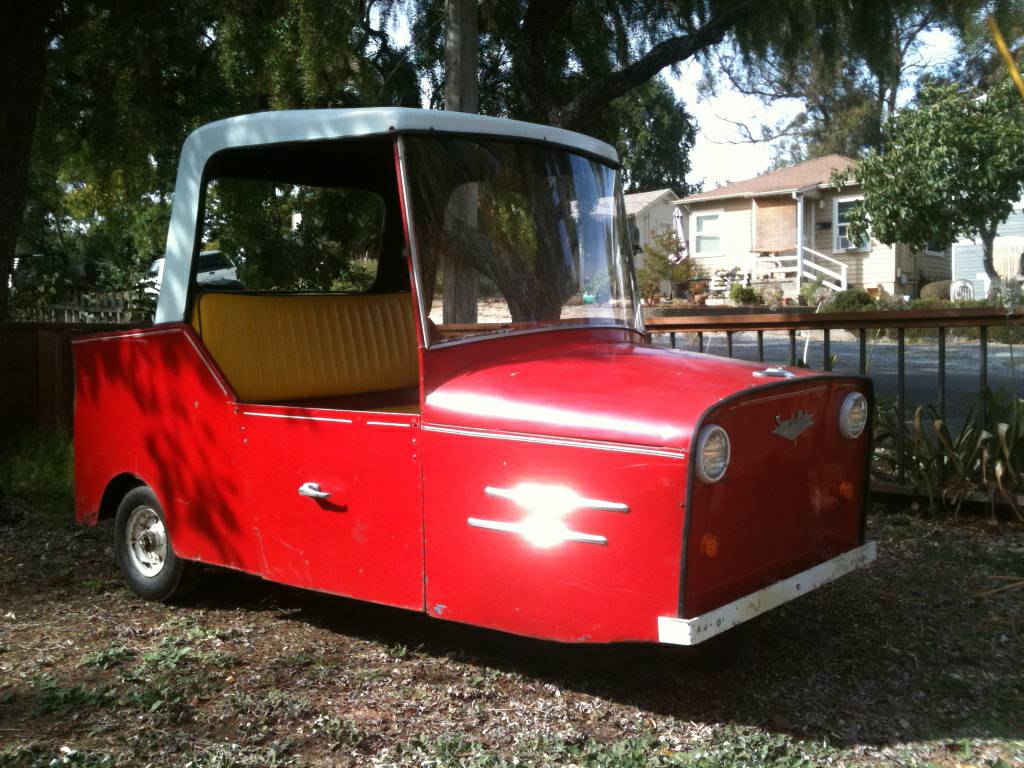 Very close in appearance to the B&Z Electra King from LB,CA.

This was a beach boardwalk rental car in southern California. Has some dents, dings, scratches and bondo. Not original paint. Rear bumper removed but I have it here. Not shown in photos.

Clean Title in hand, in my name and on non-op with DMV $2000 Update: It will fit in the bed of a pick up and I can help load. You won’t need a trailer but you’ll need to bring your own straps. See a better way to drive one three wheels without a big anti-roll bar? tips@dailyturismo.com