The E34 generation BMW 5-series replaced in the E28 for the 1988 model year and featured (for the North American market) a variety of inline-6 engines for your motoring needs.  A V8 version was offered starting in 1993, but the muted howl of the inline-6 is more than adequate for your driving needs…especially when mated to a manual gearbox.  Find this 1992 BMW 525i Wagon with M54 swap offered for $3,200 in the SF Valley, CA via craigslist. 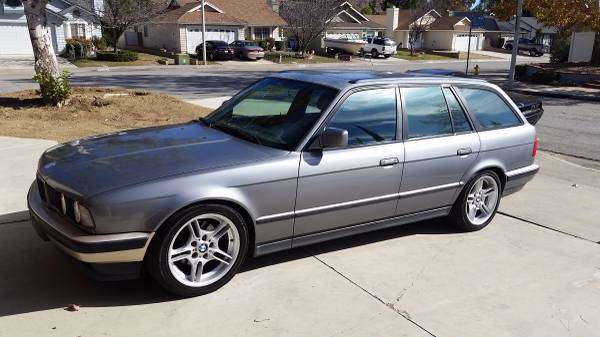 My apologies for non LA residents for all the SoCal based cars today, but as they say in LA “when it rains, it, like, pours…OMG is that Beyoncé?” and its been raining cool cars from the West coast capital of car culture.  Anyway, this E34 looks slightly lowered and rides on a set of BMW wheels borrowed from something newer than 1992. 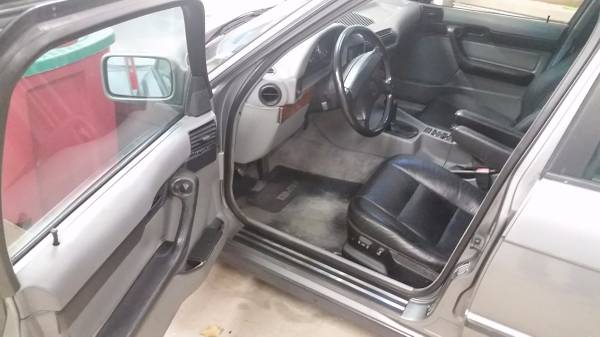 Under the hood is a M50 engine with M54 internals, which means the 3.0 liter engine should be good for more than the stock 189 horsepower rating, but the seller doesn’t include a picture or additional details about the engine. 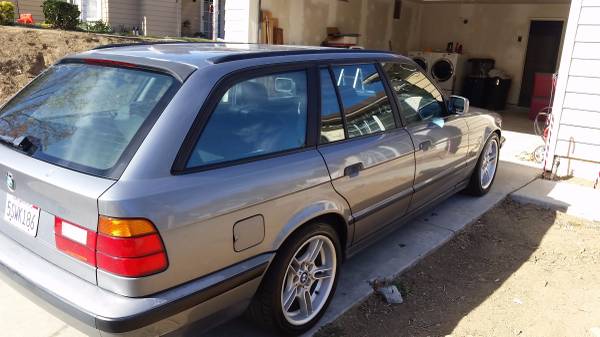