Many sellers on Craigslist write preposterous statements about their BMW such as– BMW 318i, M-Sport, basically an M3 with better fuel economy.  This is good stuff, except that it isn’t an M car any more than it is a cancer fighting cure for ebola on the end of a Q-tip.  Simply put, a modern M-package 3/5-series isn’t anything like a real M car and misses all the good stuff that takes the average BMW from a simple family luxo-sedan to a track monster.  However, there was a time when the M-badge was actually placed by the factory on the E28 5-series for the European market, and it makes a case for a spot in your garage.  Like this 1985 BMW M535i offered for $8250 in Lexington, KY via craigslist.  Tip from FuelTruck. 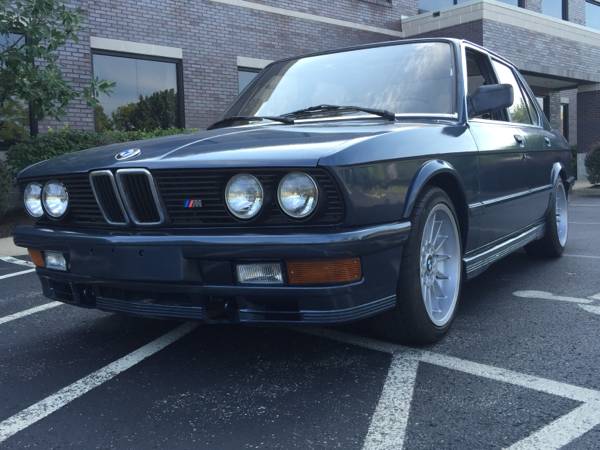 The M535i did leave the BMW factory with the M insignia you see here (from 1985-1988), and it used the powerful fuel injected 535i inline-6 but added M-Technic suspension, fancy wheels and a bodykit similar to what you saw on the M5 later.  BMW never offered the M535i here in the US and instead we got the 535is, but the M535i is the spork of the e28 lineup, offering the reliability of the 535i with the eagerness to turn of the M5. 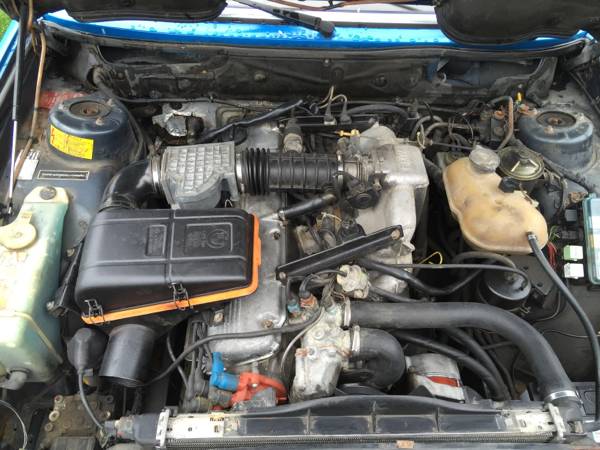 The S38 is a fantastic engine and does an admirable job under the hood of any E28/E34, but the M30B35 in this European import makes 218 horsepower versus 256 of the S38, from a considerably less complex SOHC setup with a simple Bosch Motronic fuel injection.  Would you forsake 38 horsepower to rid yourself of the complexity/cost/maintenance of the M5 engine that you’ll use only a few times a day? 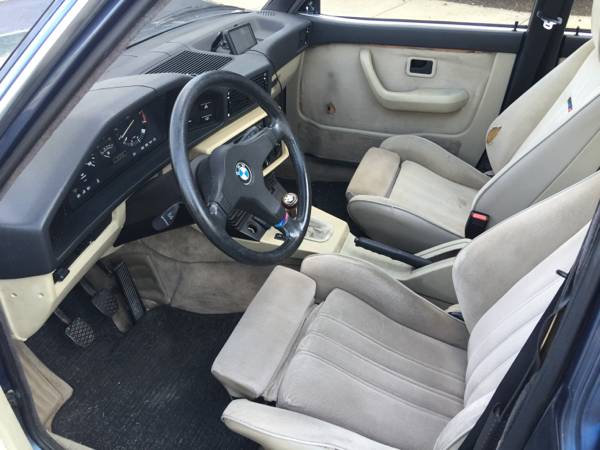 On the inside this car looks pretty hammered, but thankfully the world is full of cheap 528e examples that you can use to source some nice leather and a better dash board. 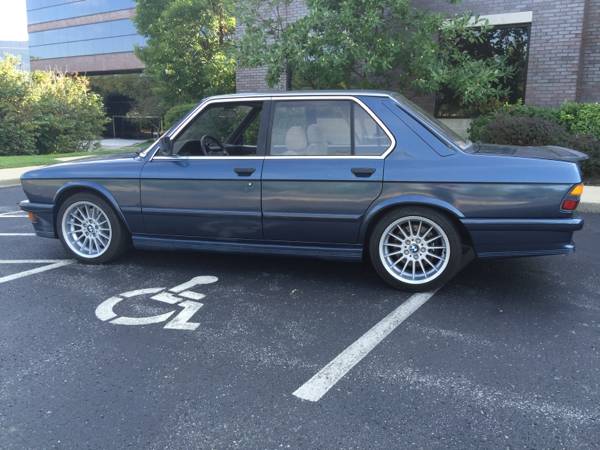 See a better car for parking like an @sshat? tips@dailyturismo.com