Today’s Horrorod comes with a serious side – not only is it a gruesomely slow and dilapidated, but it was owned by a notorious murderer and was the site of many deaths.  Jack Kevorkian was a well known advocate for euthanasia (not to be confused with ‘youth-in-asia’ – that is much different) and assisted suicide for terminally ill or suicidal folks – but which ever side of the death debate you find yourself, you’ve got to agree this 1968 VW Type 2 Van previously used by Kevorkian to conduct his ‘business’ is extremely creepy and we wouldn’t set foot in it  (Thanks to DT reader Erich for the tip). 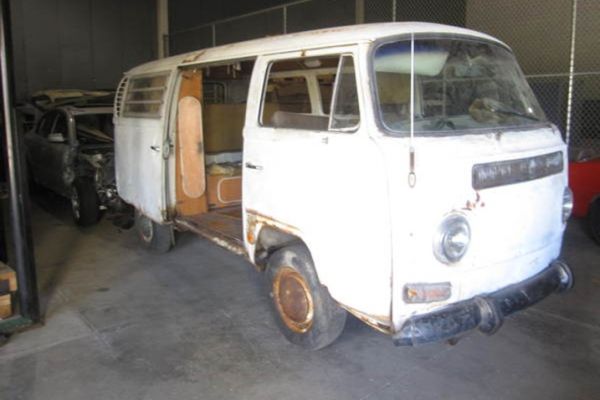 A
previous owner had tried to sell it on ebay two years ago, but ebay
blocked the sale due to its policy against murderabilia – it is a shame
this policy doesn’t apply to murdered-out cars or just plain bad taste.  The same policy does not apply to the Daily Turismo – in fact we welcome all kinds of murderabilia submissions – just please don’t find out where we live and try to kill us (per our end user policy…). 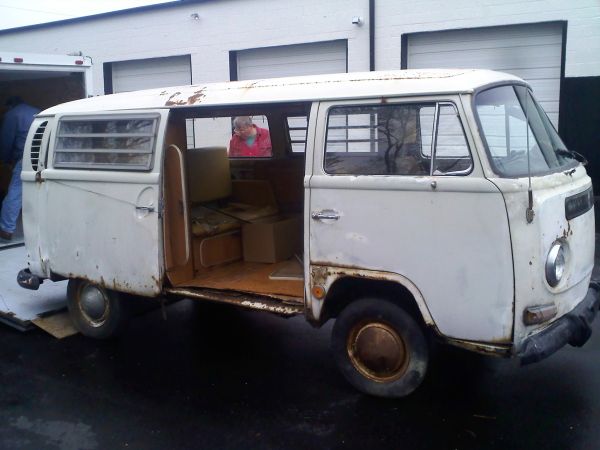 We feel that driving a VW Van around would cause anyone to contemplate suicide – with its 1.6 liter flat four torturing your ear drums and providing a measly 47 horsepower to barely be able to maintain a freeway cruising speed.  Death comes quickly in a Type 2, usually in the form of a faster vehicle who rear ends you or in Dr Death’s case – the Thanatron or the Mercitron.  The Mercitron was a machine that asphyxiated is wearer with CO2 gas – and we’d expect that the rusted muffler and rear deck area would be sufficient to poison any passengers or drivers of this car who forget to roll down the windows.  If that doesn’t kill you – just a small scratch from any number of rusty bits of metal should give you a fatal case of tetanus/lockjaw, don’t say we didn’t warn you. 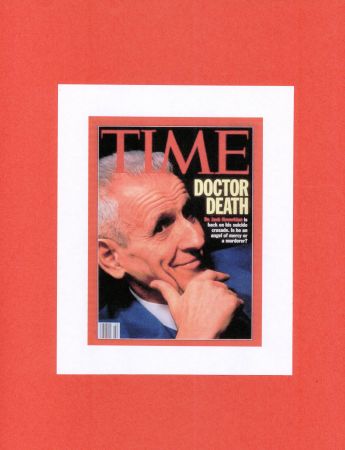 Dr. Death made some headlines back in the day -but after he died in 2011 we haven’t heard much from him, but this rusty Volkswagen is a grim reminder of a man who challenged authority, spent some time in jail and ultimately ended up as worm food. In his own words “”What difference does it make if someone is terminal? We are all terminal.”