Editor CFlo: I sold our original Volvo 242 project car to a friend almost one year ago. Since then it has undergone quite the transformation. Below is the first installment in a series updating us on the beast, in the words of owner Alex B.

Since buying the ’83 Volvo 242 DTPC I have been using it every day to commute to and from work. Except for an early episode involving a complete failure of the braking system (big thanks to CFlo for leaving me with that undocumented easter egg) [ed CFlo: Hey…I told you that front caliper was starting to seize up!] the car has been very dependable. First order of business upon taking ownership was replacing some regular maintenance items and taking care of a few small projects CFlo hadn’t gotten to; water pump, belts, cam cover gasket, radiator hoses, thermostat, along with some other odds and ends. 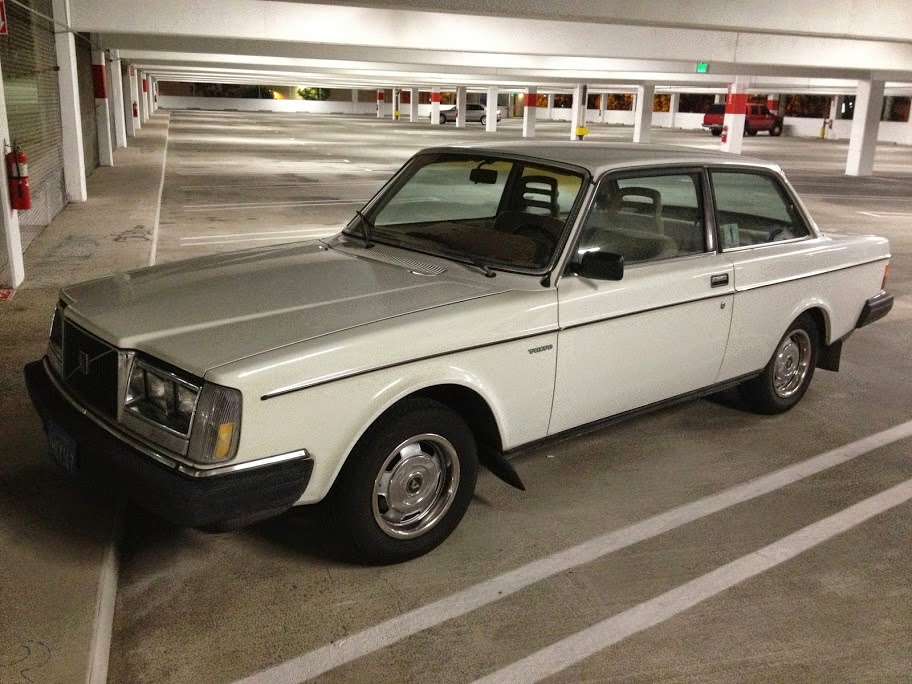 Let the record reflect that I have a large soft spot in my heart for classic Swedish Torslanda iron but driving this brick every day faded the rose tint in my glasses and forced me to face facts; the car drove like a turd. A good number of the car’s original 136 horses had surely died along their 300,000 mile journey, all the bushings were completely trashed, shocks were worn out, the brakes squealed like a city bus, the tie rods had about .5″ of combined slop. All this plus disintegrated steering rack boots, strut mounts on their last legs, and tires with a section width akin to a pizza cutter combined for a fairly depressing driving experience. 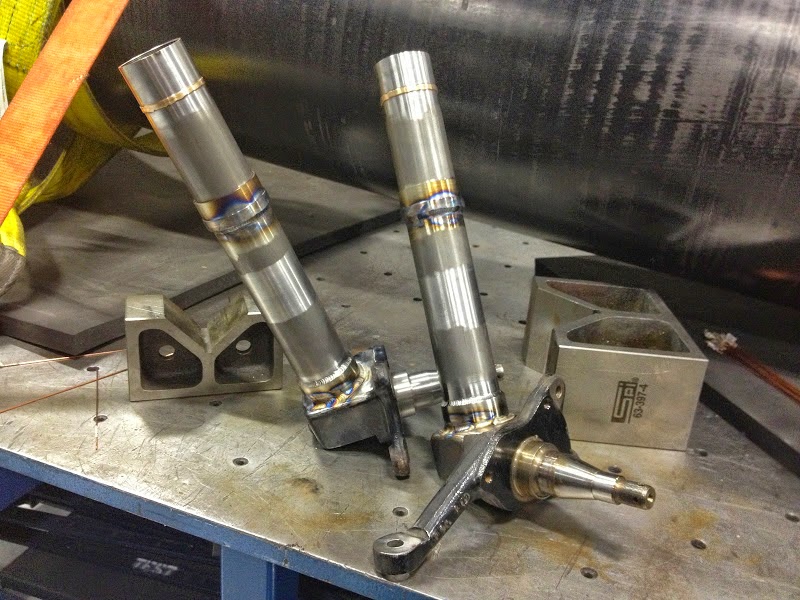 I determined to take a three-pronged approach: Suspension, wheels and tires, and brakes. Early on I decided to leave the engine completely stock to ensure my commuter car would not crap out due to getting frisky with the powerplant. 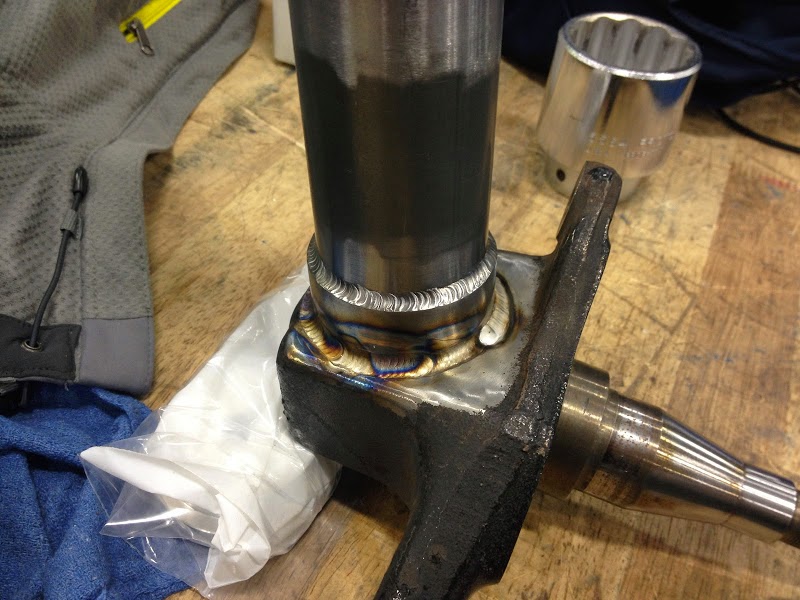 While formulating the initial plan of attack I did a few small things to hold myself over. I rebuilt the shift linkage and fabricated a short throw shifter to tighten up the shifting a bit and mounted a Volvo factory option MOMO steering wheel that was graciously donated by my brother. 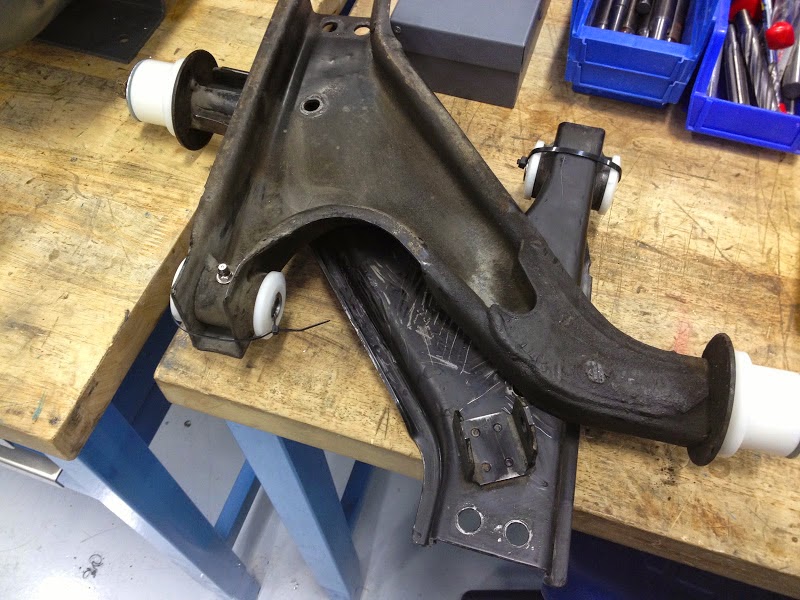 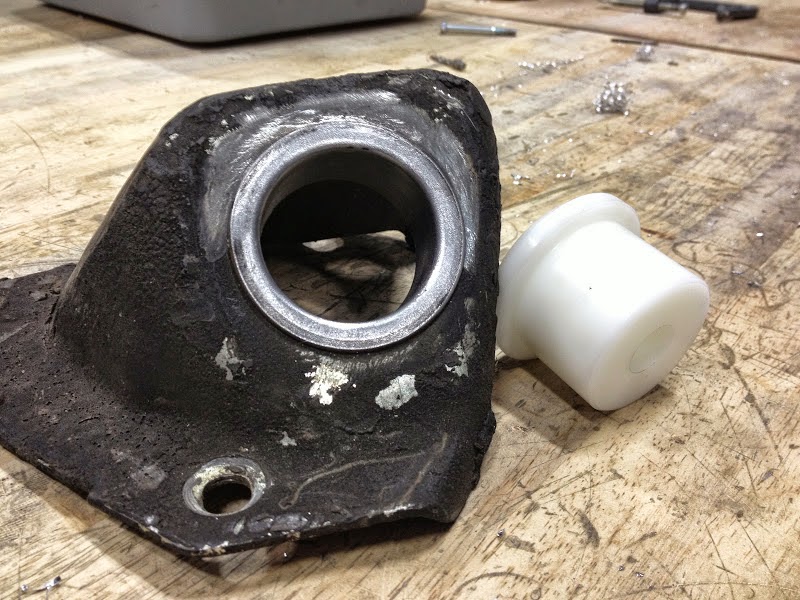 For the rear 4 link + panhard bar setup I bought a set of non-adjustable Bilstein F4-B46-0930-H5 dampers, 250lb/in 5″ ID springs (~375lb/in wheel rate), and adjustable perches from Coleman Racing. I fabricated a new panhard bar and upper trailing arms that use spherical bearings instead of rubber bushings. The lower trailing arms were shortened 1/2″ to gain a little bit of tire clearance and received a set of new OEM Volvo bushings. I decided to retain the stock 19mm rear anti-roll bar to maintain a little bit of compliance in the rear. The car still has an open differential so this helped keep the outside rear tire from lifting too much and smoking the tire on throttle application. 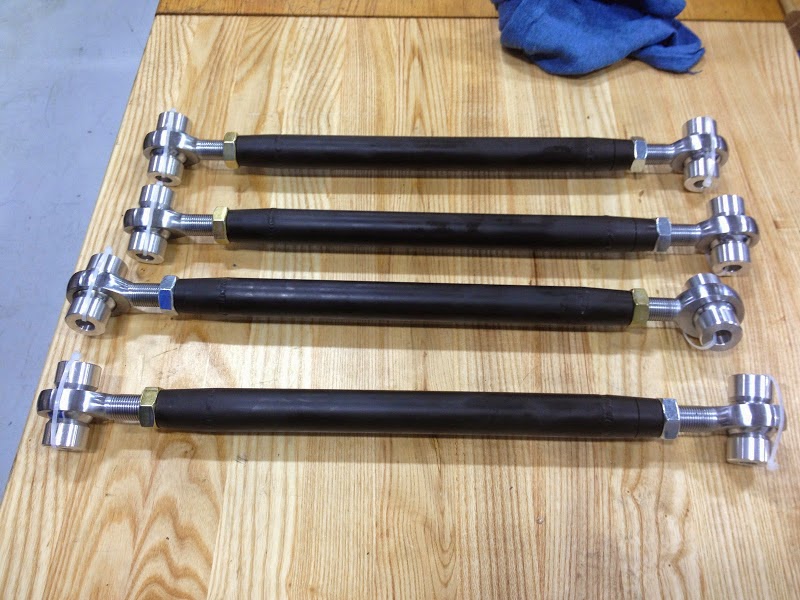 Wheels and tires were next. A while back I picked up a set of cosmetically challenged Gemini wheels from a local guy. The wheels were offered as a factory option on 740s and 940s and are a 16×7″ five-spoke design made by ATS in Germany. The initial plan was to re-finish them and run them as is. A search for tires indicated that street performance tires are not very common in 16″ diameter anymore and the prices were high. 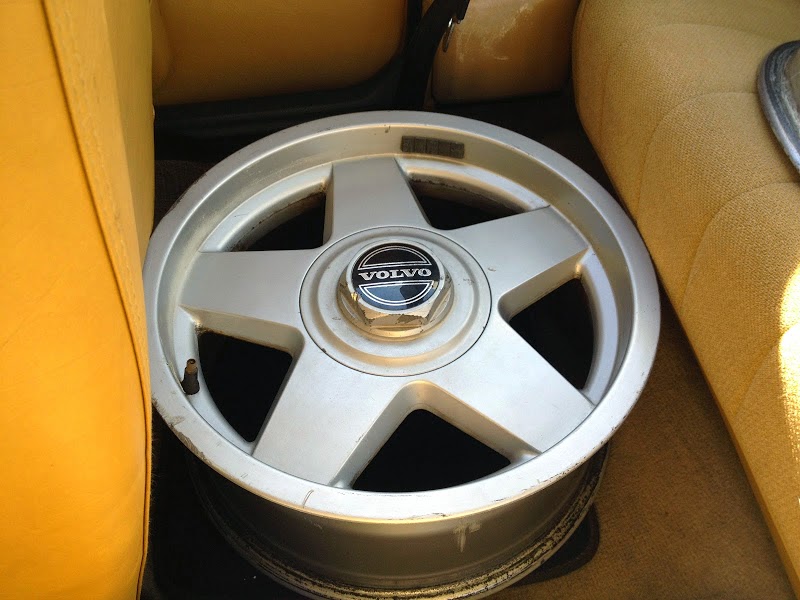 After seeing some pictures from a group of Polish guys who took a bunch of OE wheels and machined them to fit into multi-piece barrels I was inspired to do something similar. I found a couple of 17×8 BMW Style 5 wheels on craigslist for pretty cheap so I bought them on impulse to see if I could make it work. 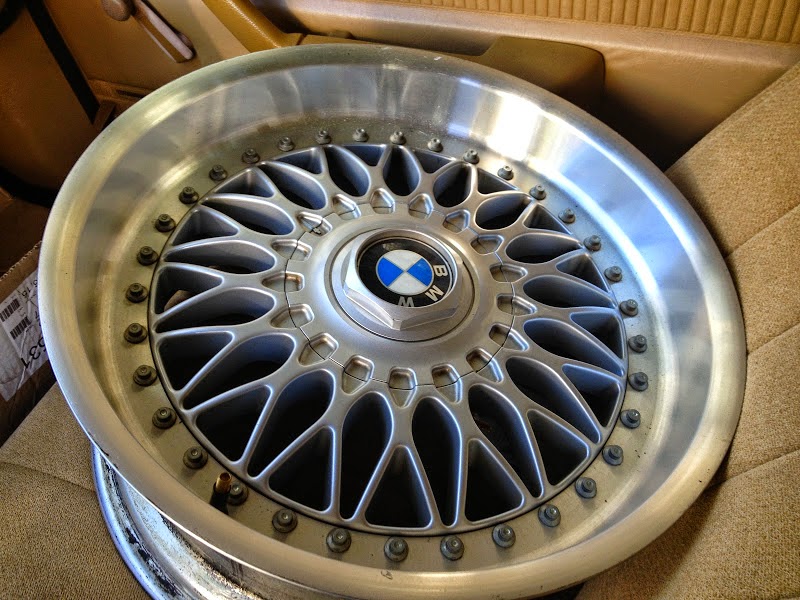 After some cursory measurements it looked like I was on the right track. So I hacked up the first wheel and the lunacy was officially underway: 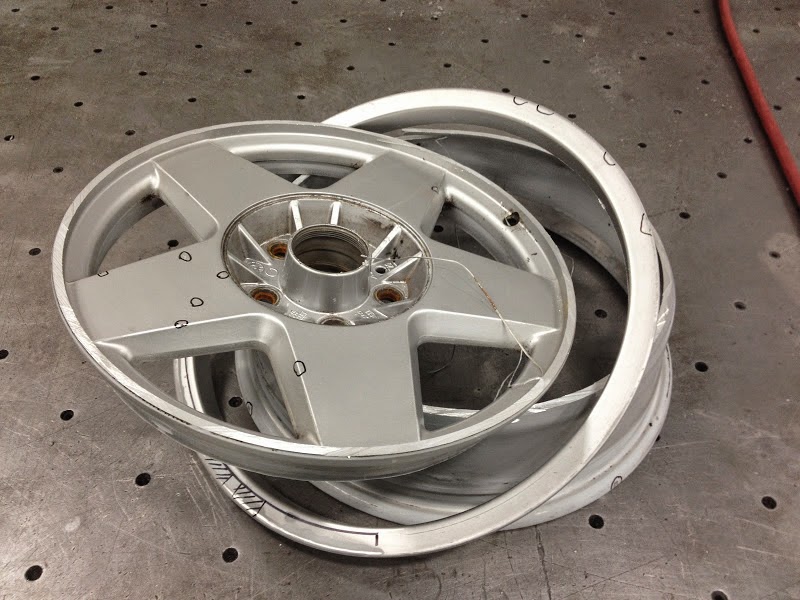 After turning the first one it became evident that the drop center geometry was exactly where the hole pattern would go: 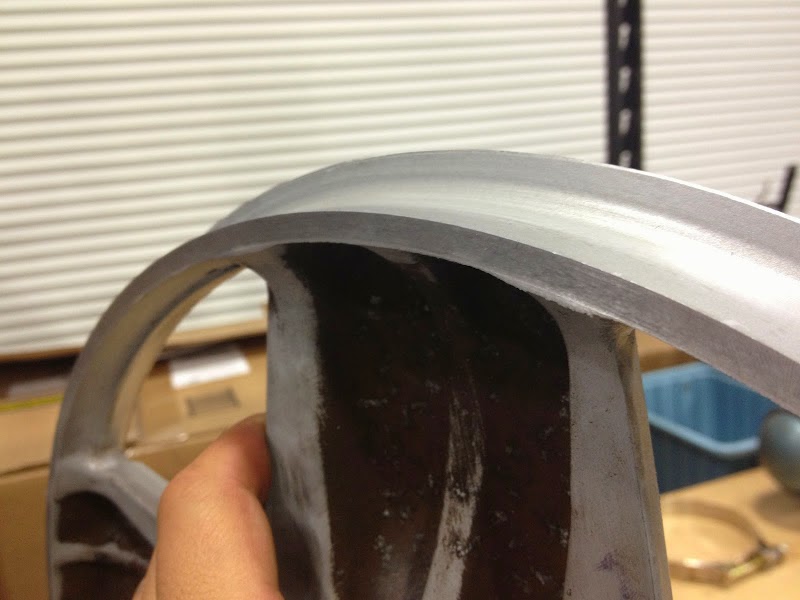 This required drastic measures. I did some detective work, figured out the alloy composition and temper of the wheels, and bought a 10lb box of the closest match 1/8” filler rod I could get. ~35 sticks of filler later plus some machining left this: 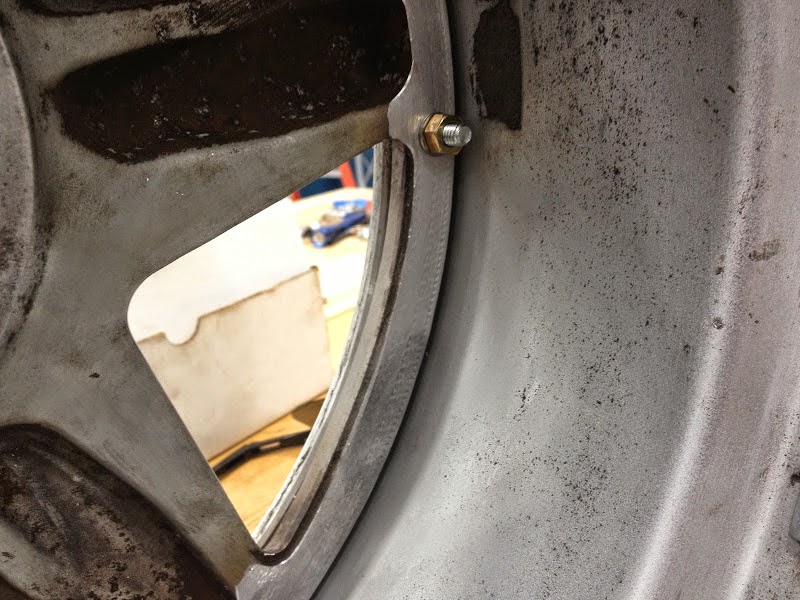 I turned a small drill bushing that fit in the barrel holes and pilot drilled the 34-hole pattern, then I followed up in the drill press and opened the holes up to final size: 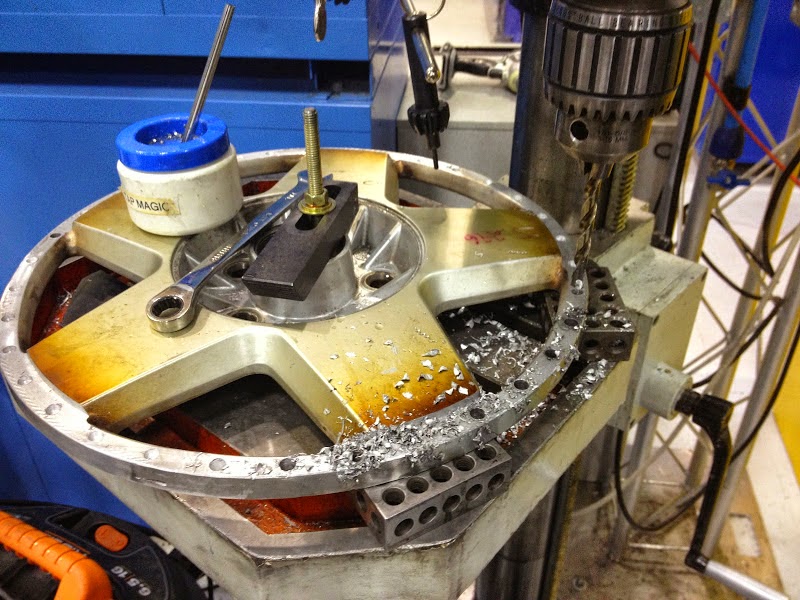 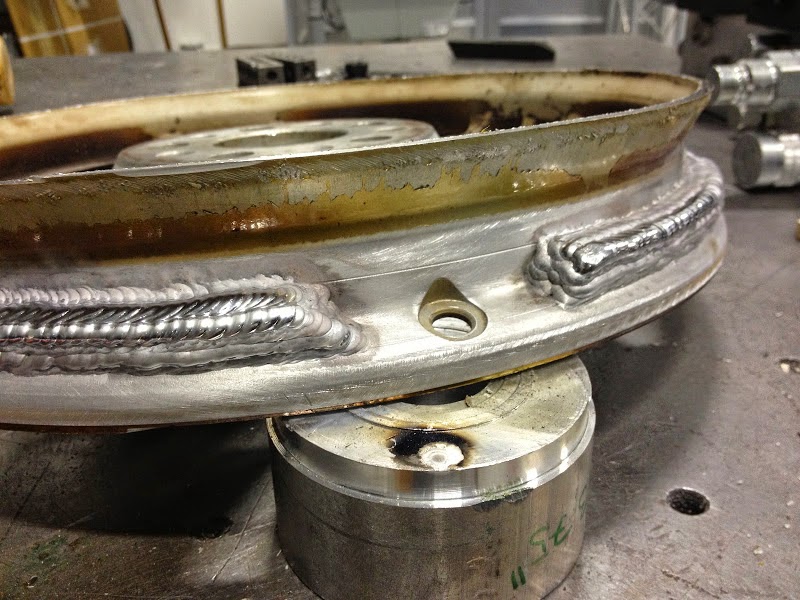 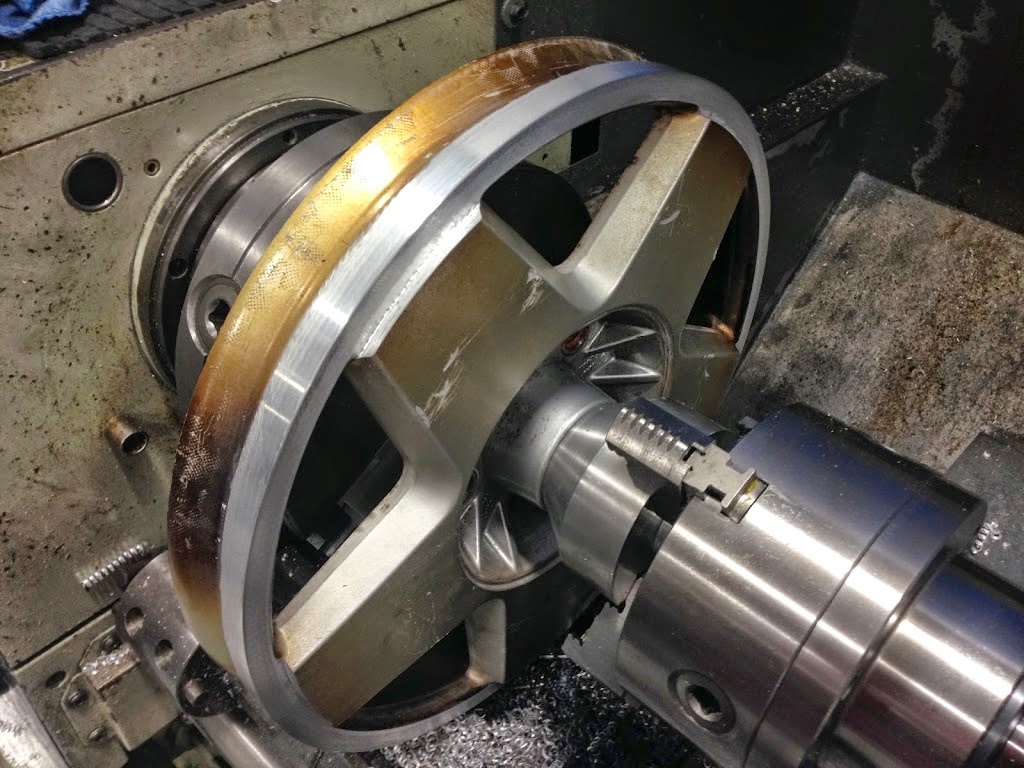 By this time my motivation was waning and I got some much needed help from my brother and a friend to finish the wheels. 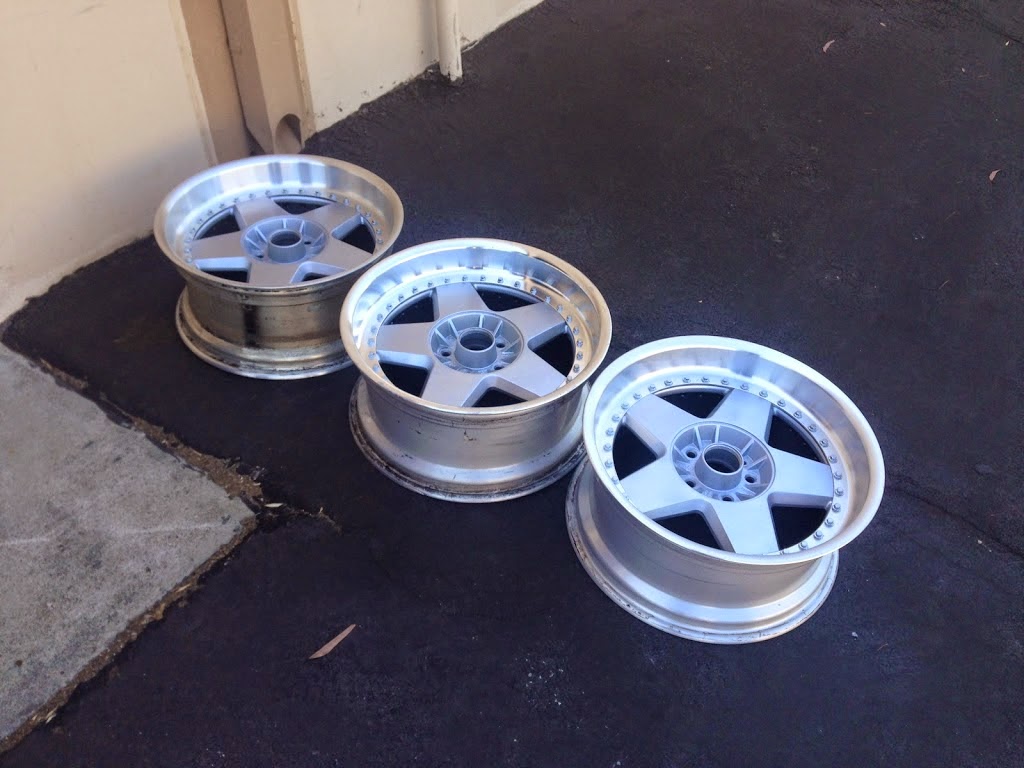 All done. Just required some cutting and rolling of the rear arches and a slight adjustment of the panhard bar. 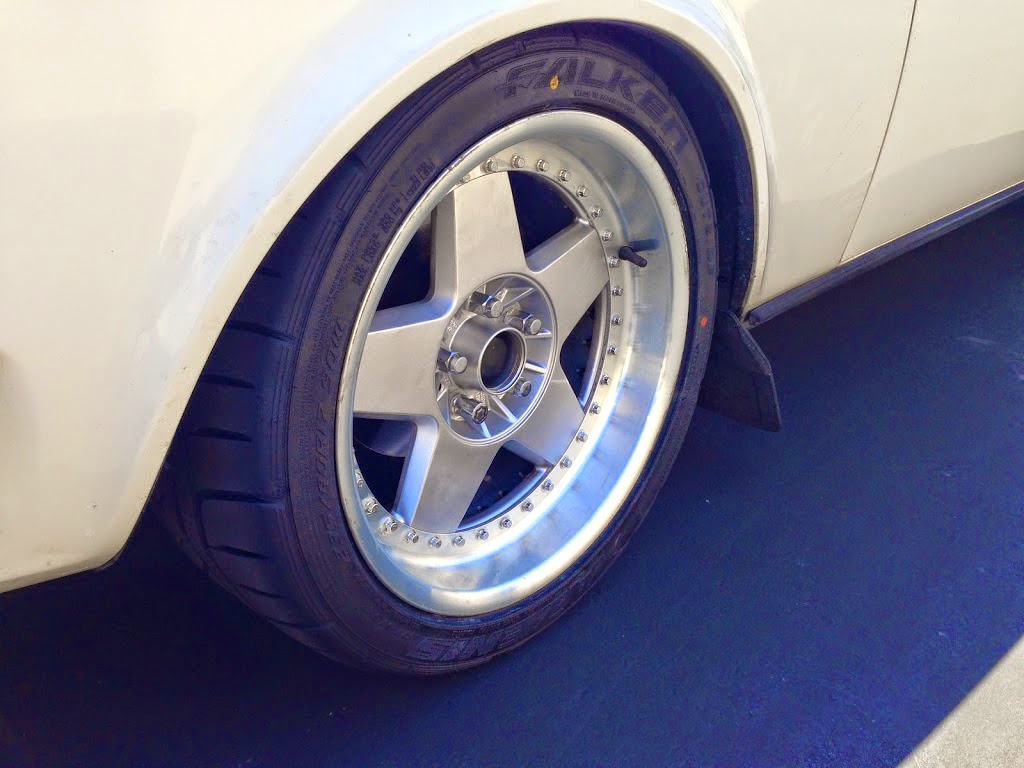 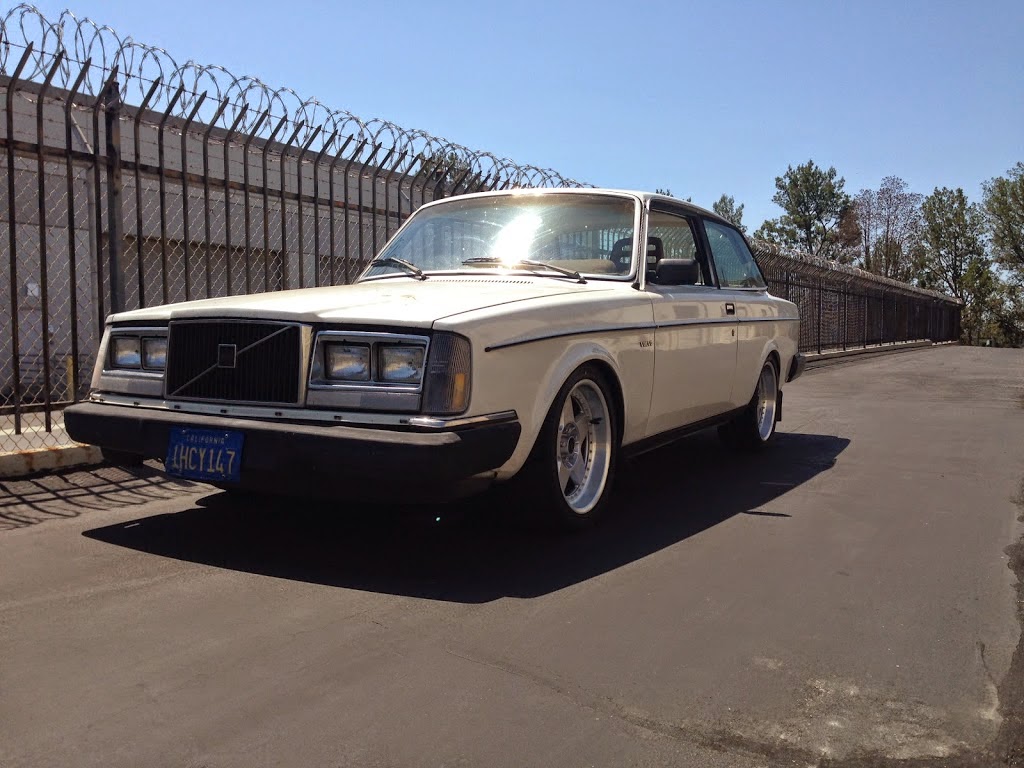 The wheels got wrapped with a set of 235/40-17 Falken Azenis RT615K. I was a little hesitant at first putting tires that are basically one step below R-compounds on my daily driver but I really couldn’t be happier with them. They have excellent grip, communicate well at the limit, and make very little road noise. I have yet to drive them in the wet on account of the worst LA drought in recorded history though I do have a feeling I will have to tread lightly when the road gets slick. 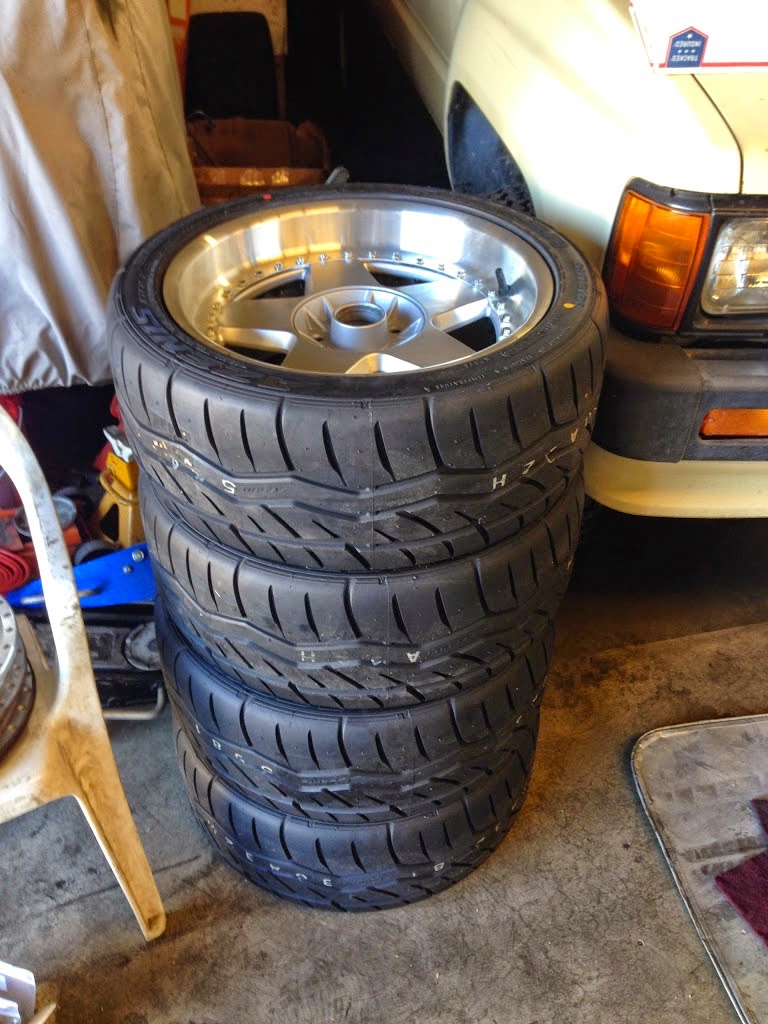 All of this stuff completely transformed the car. It went from driving a waterbed to a well sorted, sporty car in the twisties; very little body roll, excellent steering response, and heaps of grip from the sticky tires. The car just begged to be tossed around and, not surprising, also highlighted just how cruddy the braking performance was. 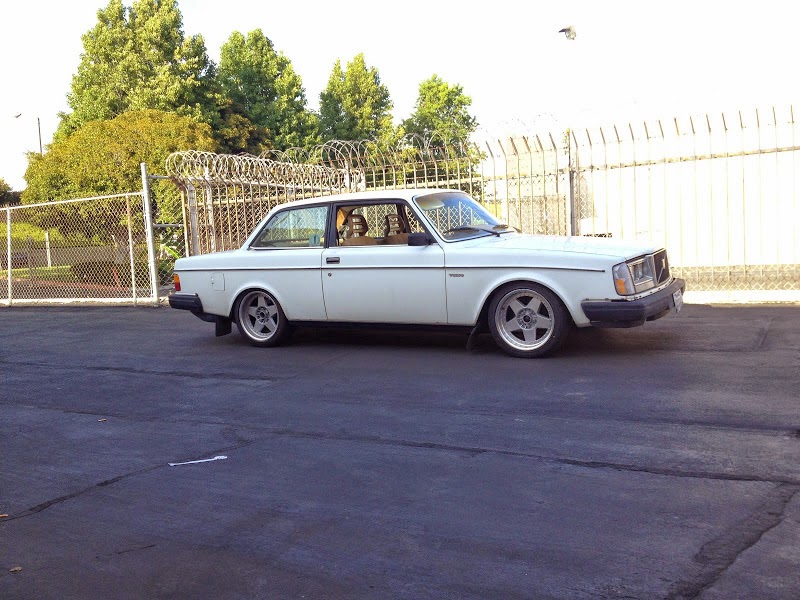 DT: Thanks to Alex for his thorough description of the mods so far; we can vouch for his assertion that the 242 is much improved! Stay tuned for the next installment on the bespoke and uprated braking system. (EIC Vince: I had a chance to drive the re-suspended 242 on the street and the difference was incredible.  It has been transformed from an old sow to a thoroughbred miniature pony, and just needs an LS6 swap to be complete!)

All of the DT project cars can be found here in our aptly named Daily Turismo Project Cars section. That’s right, get your fix with the 242, DTM5, Draken, and Schmetterling all in one place.