Our Volvo 242 Project Car has been acting like a 35 year old cow-moose in heat.  When towed to DT HQ it was dead – some fiddling with wiring as documented earlier and it ran again.  The following day however it didn’t want to start again…and then we went carefully through the pile of paperwork from the previous owner… 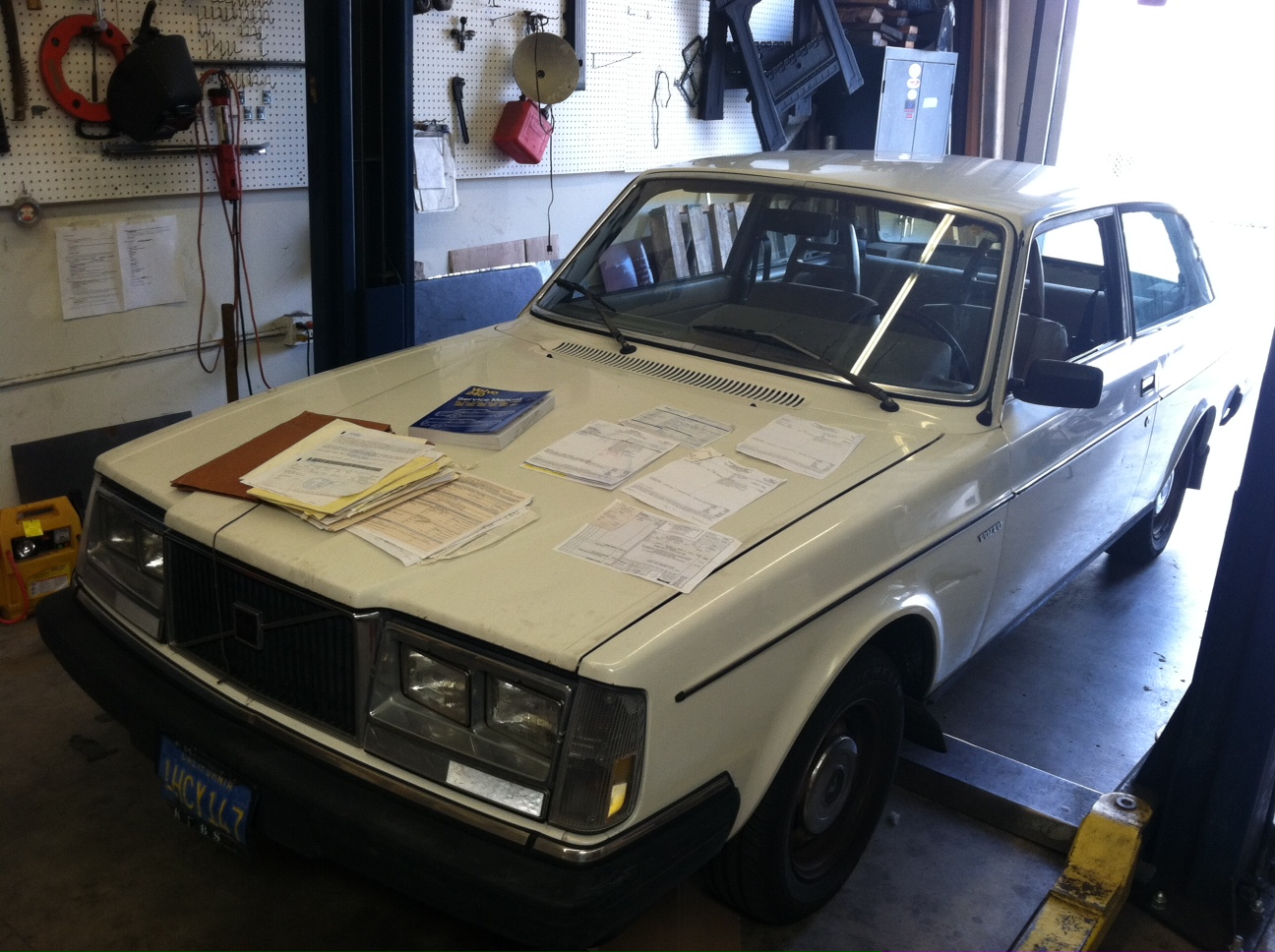 …and it seems that this isn’t the first time it has mysteriously not started; by our count it was taken towed to a mechanic for “no-start” at least seven times since 2005, four of which were in 2012 covering the last few thousand miles.  According to the exhaustive documentation the following parts were replaced this year to solve no-start; distributor, cap + rotor (twice), plug wires (twice), coil ‘rewired’ & timing belt.  This is amusing because it has not started on us and we have jiggled some wires and it has started again – in fact a good tow truck ride is probably enough to get it started again – so we’re dealing with the handiwork of some sleazy auto mechanics who have swapped parts like Hollywood elite swap life partners. Ok, to be fair if those guys weren’t Volvisti then they would not have any idea that 1980s Scandanavian wiring harness insulation was made from crumbled up graham crackers wrapped in fruit-roll-ups.

We contacted Volvo expert Dave Barton of the Prancing Moose fame and described the symptoms. His response:

“Ok, it’s definitely ignition then. You can pull that ignition harness out in about 20 minutes.  Then strip off all the tape and vinyl covering and look for any bad spots.  If you think that ICU plug is messed up beyond repair, then cut one from a junk 240 and try that.  Then hook it up and see what happens. “