In the late 1950s the Plymouth brand was moved to its own dealer network leaving Dodge without a low end full sized sedan the fill its showrooms.  So in 1960 Dodge launched the Dart to fill the product gap and the Plymouth platform based car was an instant sales success. Dodge even created some performance versions such as the Dart Phoenix that moved the price up into Matador and Polara price range further cannibalizing other Chrysler sales.  Find this 1960 Dodge Dart Phoenix

for sale in Great Bend, KS currently bidding for $25,100 reserve-not-met with 2 days to go. 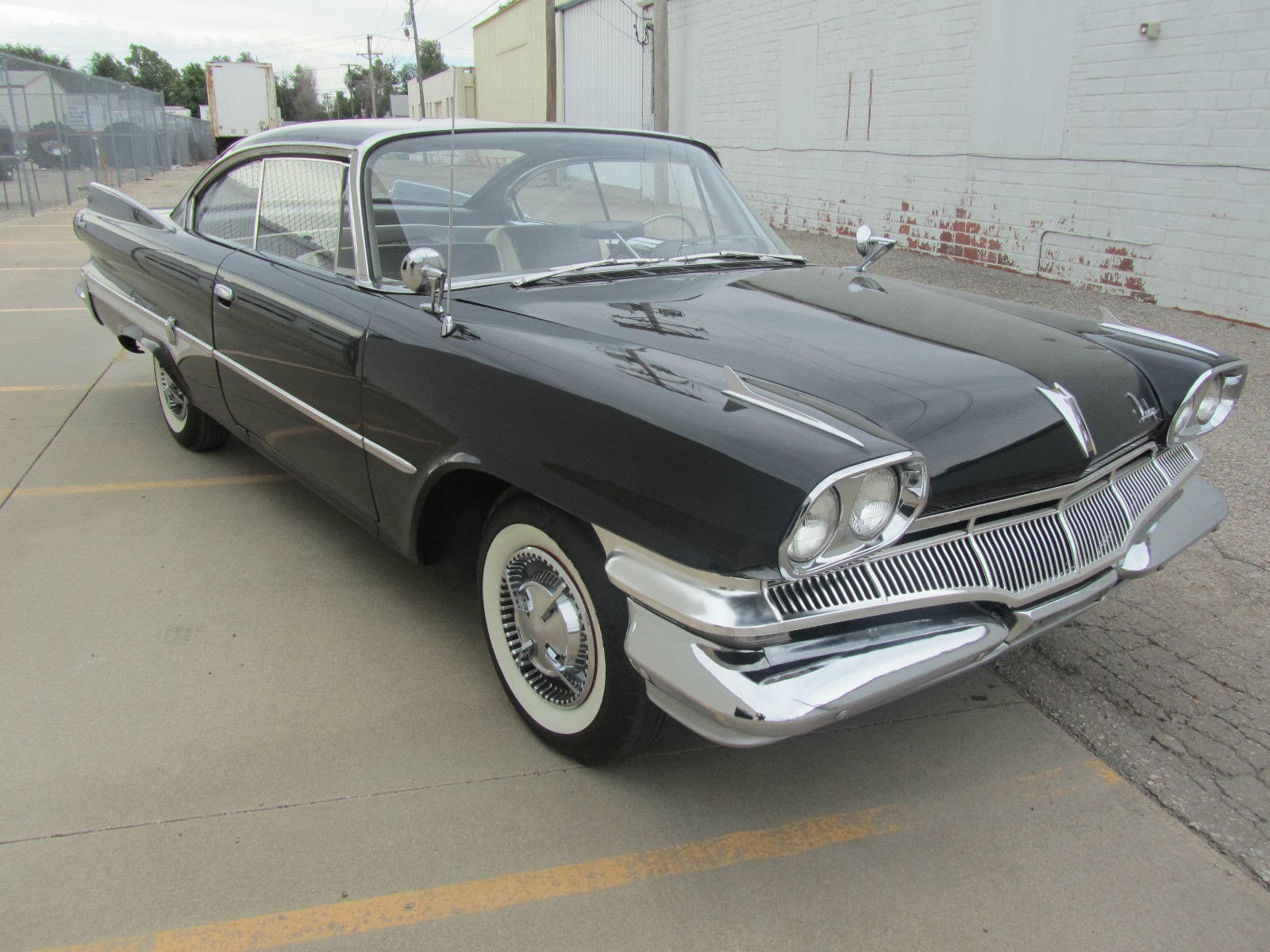 The 1960 Dart coupe is one wicked looking ride on the road today; it combines all the chrome and tail-fin goodness of the 1950s combined with the slab sided fastback look from the 1960s.  And those wheel covers.  WhooooooEEEEEEEEEEEEEEeeeeeeeeeeeeeeeeeee. (Ed – someone get this guy away from the eggnog). 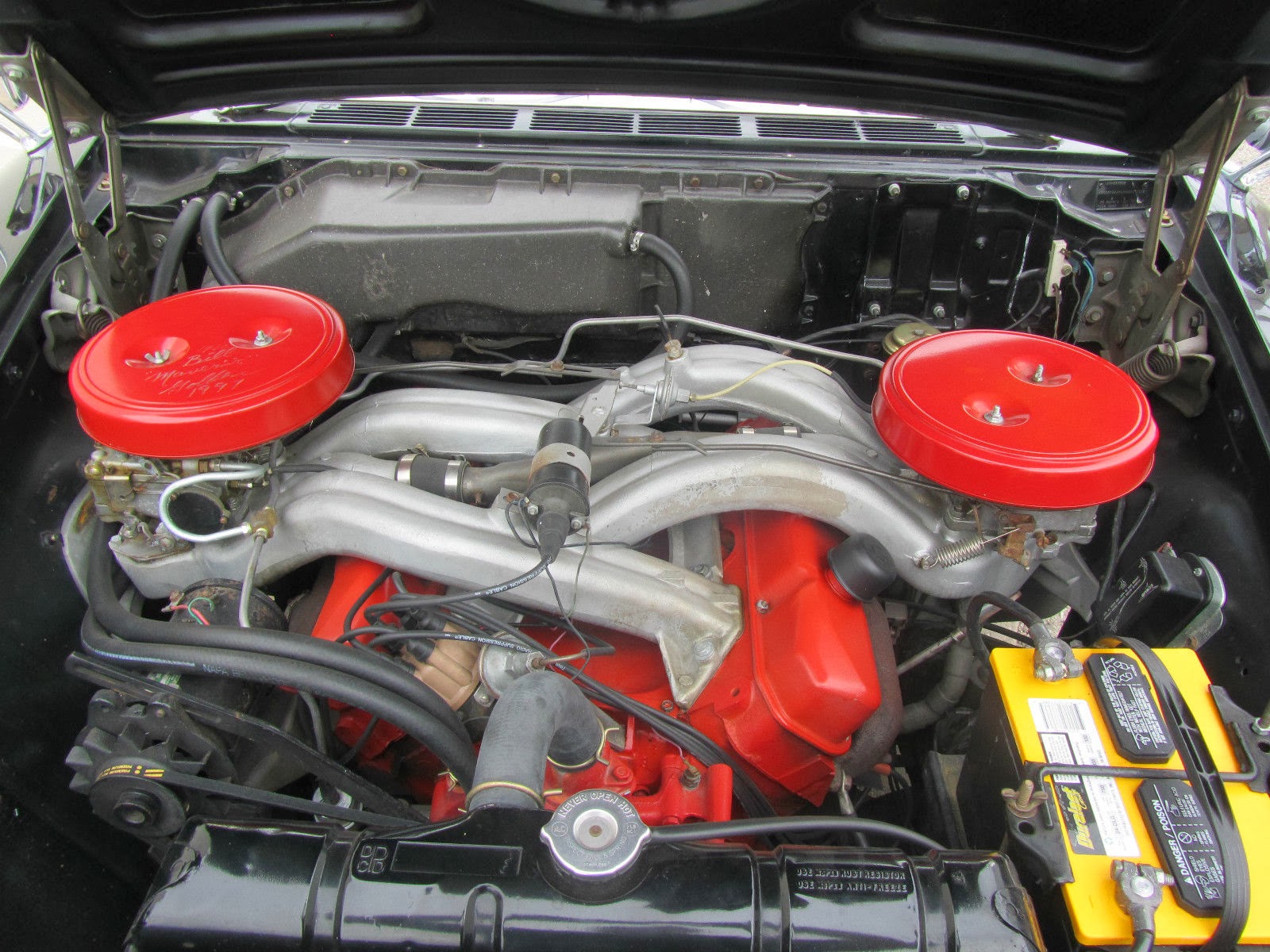 Forget all you know about cool looking engines from the 1960s; 6-pack carbs, jetfire turbos, shaker hood scoops and tri-power big blocks look like crap compared to the wicked setup under the hood of a 361 powered D-500 Super Red Ram.  The twin carbs mounted to Doc Ock inspired long tube intake manifolds combined with a 10 to 1 compression ratio to create 295 horsepower and 390 ft-lbs of torque at a diesel-like-low 2400 rpm. Contrary to what you might expect, the long tube intake runners actually help create low rpm torque due to complicated factors like the speed of sound and reflected waves and do nothing to help high rpm power. 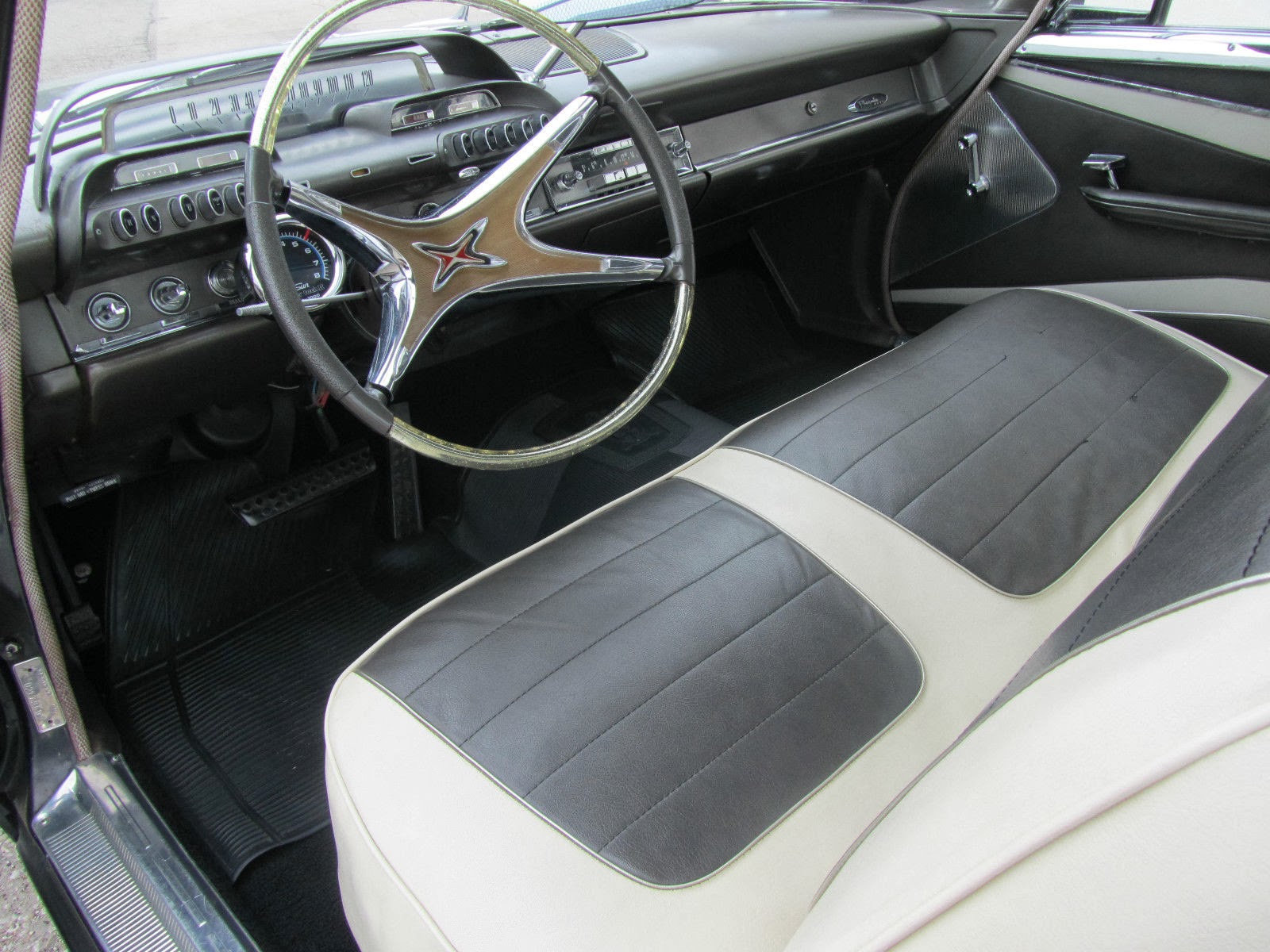 More 1960s spaceship styling assaults the occupants in the tradition of gaudy American cars inside. The see-through speedometer is an especially cool touch.  The craftsmanship and love that went into each make/model/year specific gauge cluster from the 1960s is in stark contrast to the plastic molded crap that surrounds outsourced mass market manufactured gauges in modern cars.  The gauges in this beast may need to be taken apart and fixed from decade to decade, but if you think the touchscreen in a 2014 Dart will work or be fixable in 50 years you are high. 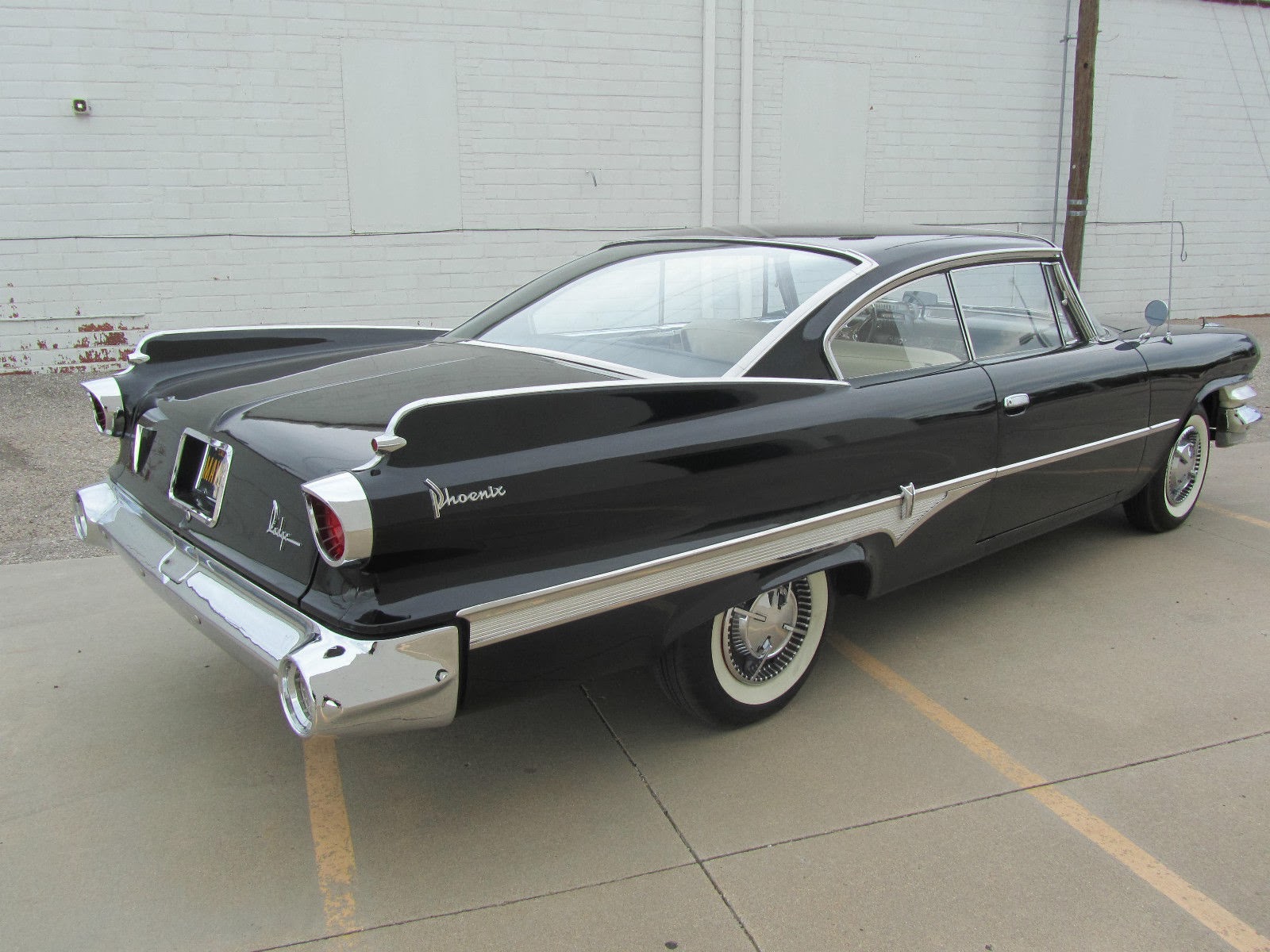 See another classic that should rise from the ashes of obscurity and be featured on DT?  tips@dailyturismo.com