The E32 generation BMW 7-series was built from 1986-1994 and offered high-end luxury cruising for 5 adults, but it was more of a car to be chauffeured than driven.  Enter the Bavarian turner Alpina, which created hopped up versions with tuned engines, stiffer suspensions and sporty body kits.  Find this 1989 Alpina B11 for sale from North Shore Autosport, located in Chicago, IL for $23,800 asking.  As seen on germancarsforsaleblog.com. 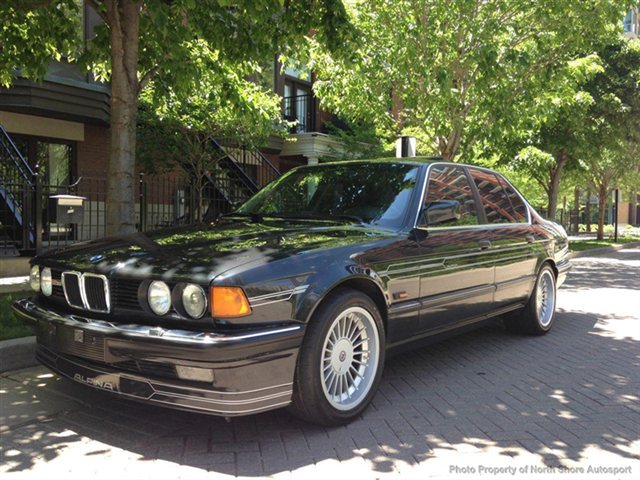 The Alpina treatment adds some zest to the stately but boring E32, while keeping most of its basic character intact.  The Alpina models were offered in Europe directly from BMW dealers, similar to a Saleen Mustang from a few years ago in the USA.  Most Alpinas in the USA have been imported as used vehicles since Alpina hasn’t sold many new cars in North America. 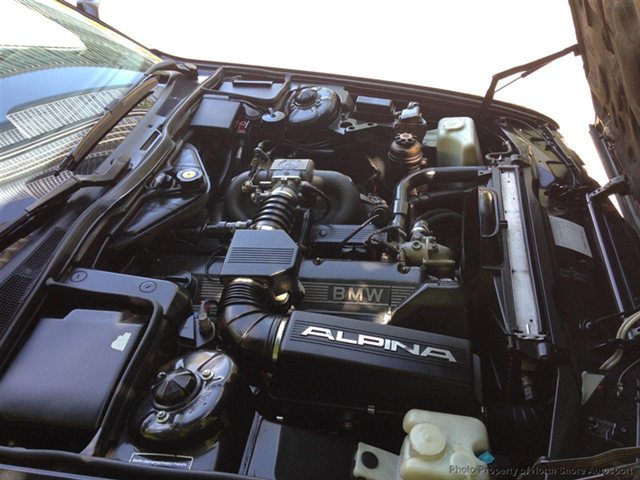 The basic BMW M30 big six was massaged up from standard 7-series rating to 251 horsepower and 240 ft-lbs of torque making it almost as powerful as the 5.0 liter V12 in the 750il.  This B11 is equipped with an automatic transmission, but the B11 was also available with a 5-speed manual if you are into that kind of thing… 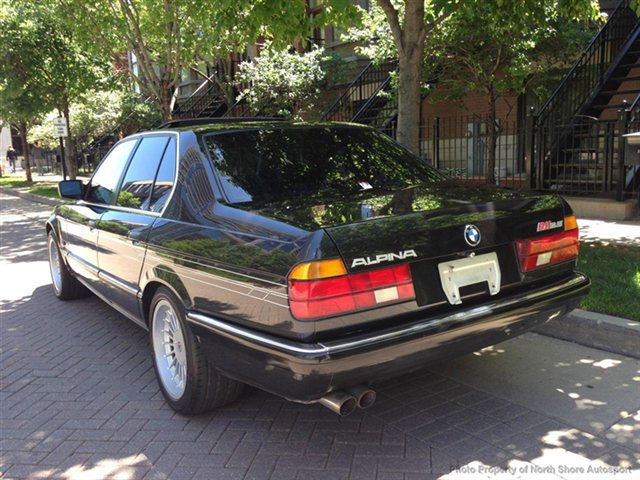