For all the complaining we do about overpriced classic VW Vans, you’d think we would pass on a $50k Panel Van with crummy photos.  Except…this one is powered by a 360 horsepower V8 from an Audi S8…so it gets a pass for being totally bonkers.  Find this 1990 Volkswagen Type2 (T3) Panel Van offered for €39,000 ($53,835 USD) via suchen.mobile.de somewhere in Germany. 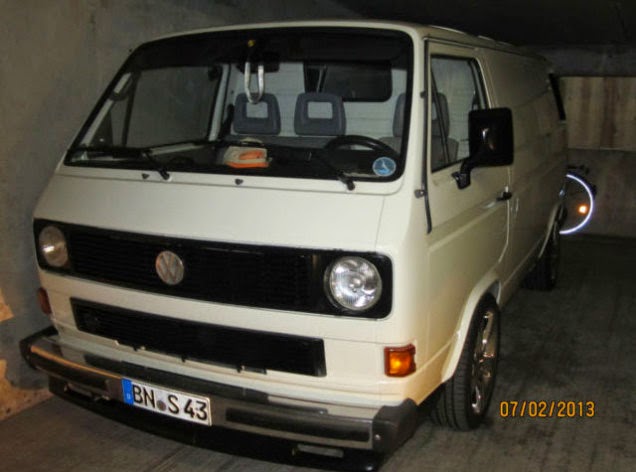 For those of you who think we are trying to stretch our April Fools pranks a bit too far…well…that just isn’t the case and we’ll be the first to admit the asking price in this one is way crack pipe.  But, for the price of a new Audi S4 you are getting an S8 engine, transmission and brakes in a VW camper panel van. 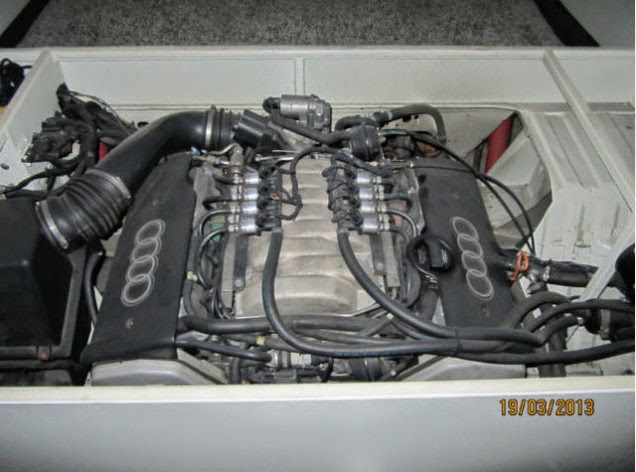 Expect 360 horsepower from the 4.2 liter 40 valve (as many valves as 2.5 Corvettes!) V8 engine mated to a tiptronic automatic transmission.  It will be the fastest VW Van you have ever been in and completely insane. 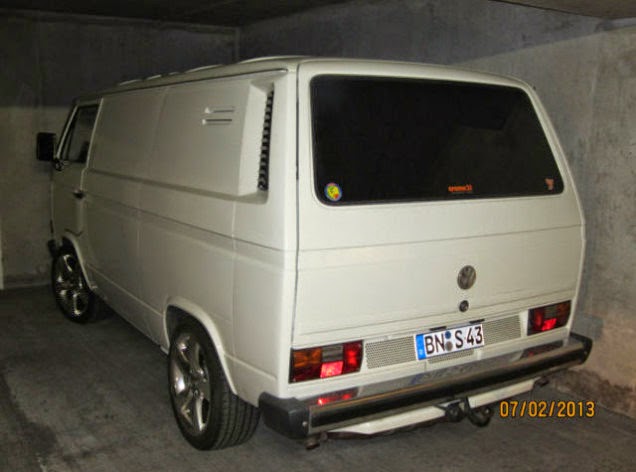 See a Van that is easier to flip but hard to sell?  tips@dailyturismo.com