Welcome to another edition of Daily Turismo Omologato (DTO) where we
showcase cars that are above the standard DT price range, but are unique
and worthy of a feature. Don’t worry, the Daily Turismo hasn’t been sold to a foreign investment group hell-bent on turning DT into a profit machine for overpriced listings of overpriced cars…but every once in a while we feel the need to feature something a bit more exclusive, perhaps as an option for the a reader of this site who has a good paying gov’t job and mostly we are featuring the car now to taunt him while he is being furloughed (sorry about that Bob).  Anyway, the Ferrari Testarossa was an extremely expensive mid-engine supercar from the 80s, an iconic fatass featured on every 10 year old boy’s bedroom wall and starring in everything from Miami Vice to Sega’s Outrun.  Find this 1987 Ferrari Testarossa for sale in Anaheim, CA for $49,975 via hemmings.com 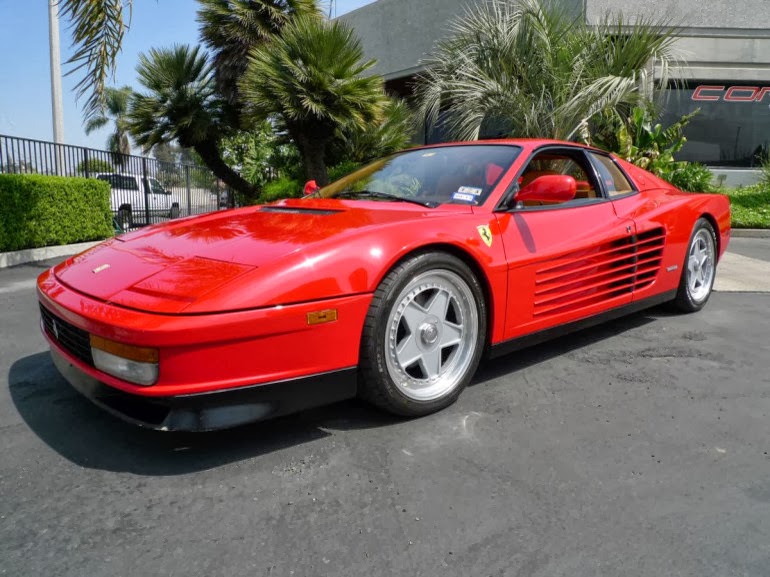 The Testarossa (Italian for red-head) was quite costly when new, around $135k in 1988 money (or $280k in today’s money when adjusted for inflation).  The big hunk of change got you one of fastest cars this side of the uber rare and expensive F40 and into the big boys club.  We aren’t suggesting that you take an early withdraw on your 401k to buy some maintenance money pit, but if you were considering dropped 50 large on some other new, used or late model car, perhaps you should give a Ferrari a second look. 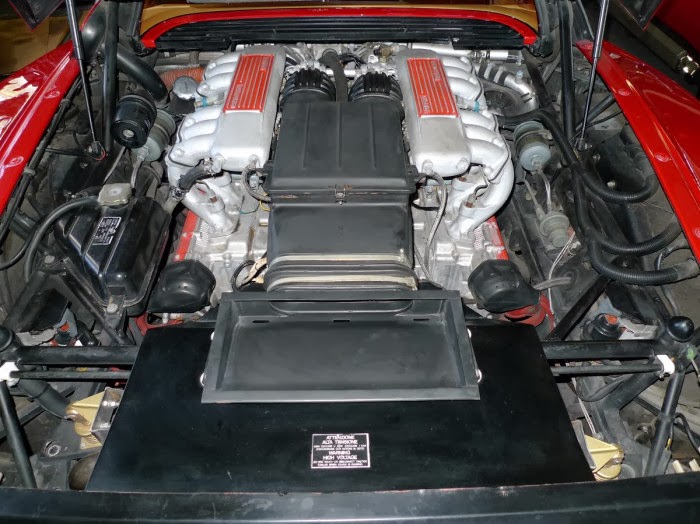 The Testarossa is powered by the 4.9 liter Ferrari Colombo flat-12, a magnificent piece of art that puts out 390 horsepower and 361 ft-lbs of torque.  It won’t matter how much power this thing makes after the first time you turn the key because the sound of a Ferrari flat-12 is unmistakable. 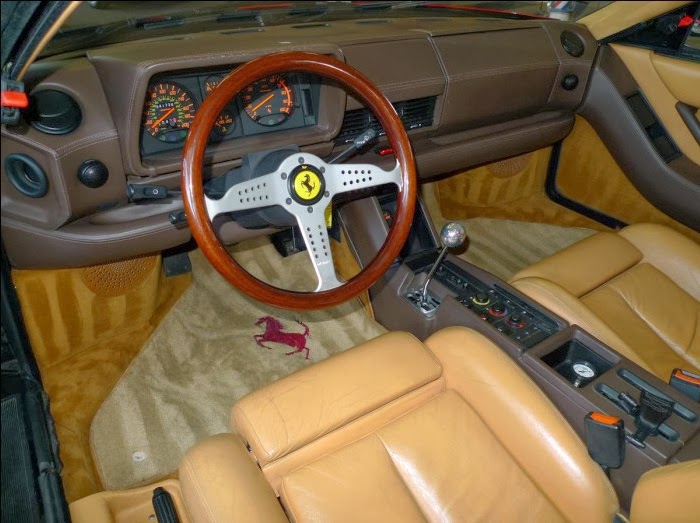 The inside of this Ferrari is classic 80s Ferrari at its best – and somehow the highlight is that silly gated shifter. Doesn’t matter if it slows down shifting, but I just want to snick-snick-snick it through the gears. Back to the prospect of the $50,000 dollar car.  There are some people who are going to plunk down $50k this year for a brand new Lincoln MKT, which is an overpriced Ford Flex with an ugly grill.  Imagine for a minute that you could find one of those thousands of fools and show them this article from hemmings on the state of the Testarossa market.  You will need read it to the legally blind buyers of the MKT, or explain it very slowly to the simpletons who feel that buying an MKT is a good idea, but in essence it says that the Testarossa market has likely reached its low point and is starting to appreciate.  In 10 years the MKT will be flogged around a 24 Hrs of LeMons track (after being purchased for $500) and the Testarossa will be sold to replace that money you withdrew from 401k for those singing lessons (also, you aren’t Cher and no matter how often you shave your legs you never will look like her, so put some damn pants on and get a hold of yourself man…). 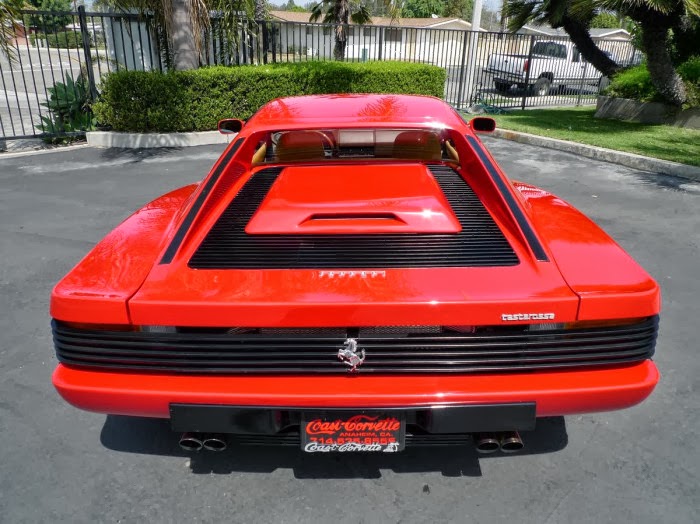 The only potential issue is that the previous owner has treated this car like a red-headed step child and hasn’t given it all the proper maintenance…in which case, be prepared for $250 oil changes, $2000 valve adjustments.  The thing about a late model any Ferrari is that it treats you like a Libyan Dictator.  One minute you are Gaddafi circa 1977, living the high life surrounded by adoring fans and the next minute you are at a repair shop being treated like Gaddafi in 2011.  See a better 401k burner? email us here: tips@dailyturismo.com