The AMC Spirit (1979-1983) was a subcompact 2-door replacement for the cosmetically challenged Gremlin and was available as a 2-door sedan or 3-door hatchback.  From 1979-80 AMC created a performance version of the Spirit called the AMX – a name harkening back to the short wheel base two-seater muscle car built between 1969-70.  In 1980 the Spirit AMX was only available with a big inline-6 up front, so when PPG Indy Car World series commissioned a car for pace duty from Autodynamics in Troy, MI it became the one and only Spirit AMX Turbo.  Find this 1981 AMC Spirit AMX Turbo Pace Car

for sale in West Palm Beach, FL currently bidding for $23,200 reserve-not-met with 7 days to go.  Tip from the original Scot C. 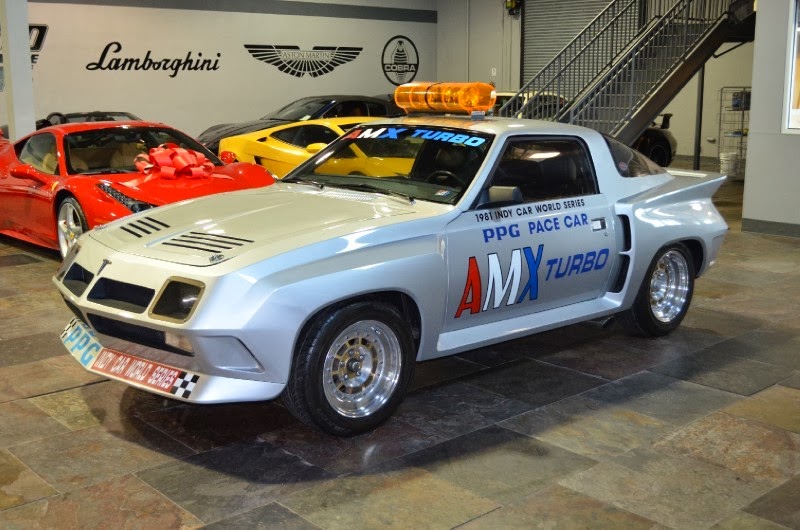 The PPG pace car was designed in part by Richard Teague, VP of design at AMC who later owned this very car in his collection of 500+ automobiles.  The PPG pace car retains very little of the stock Spirit AMX body work and looks more like a Mitsubishi Starion. 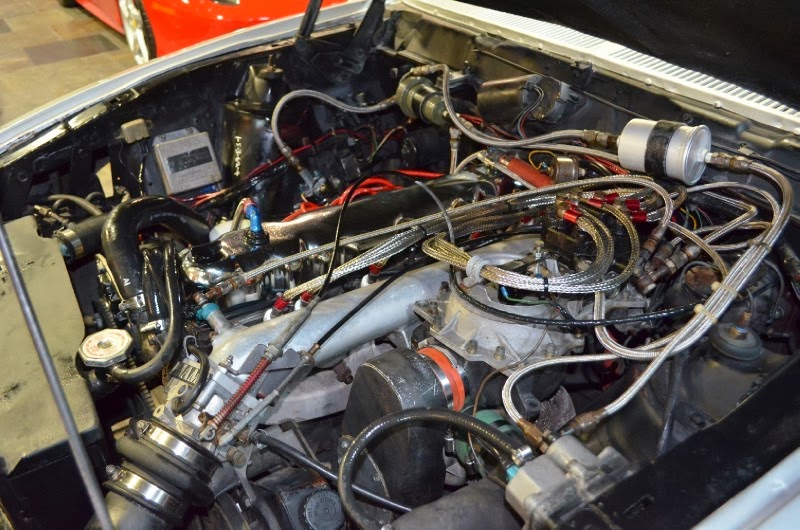 The Spirit AMX was powered by a 4.2 liter inline-6 but this one has been given a big boost of power with a turbocharger, fuel injection system and associated modifications to make everything work without grenading the engine.  The seller claims 450 horsepower and even though it is mated to an automatic gearbox it should be a very exciting ride. 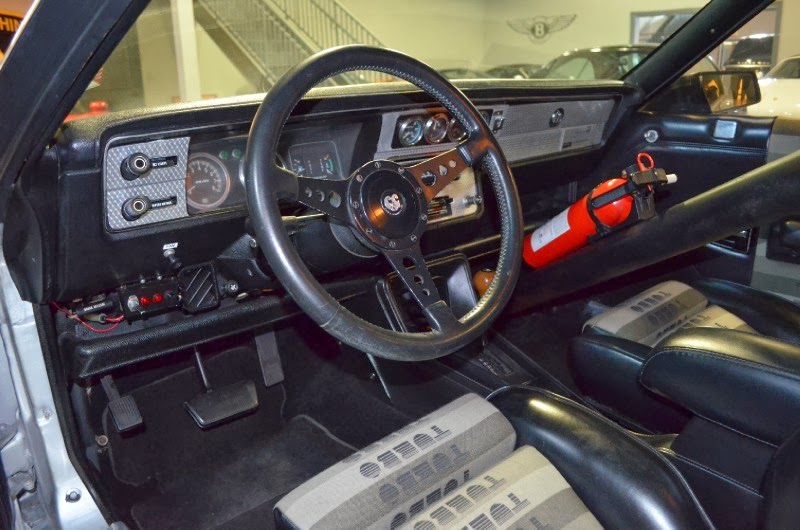 The driver shares interior space with a rollage, fire extinguisher and other items you’d expect to see in or near a real race car.  Pace cars are often used as medical or safety cars, so an automatic transmission is usually selected not for performance but for ease of use during stressful situations. 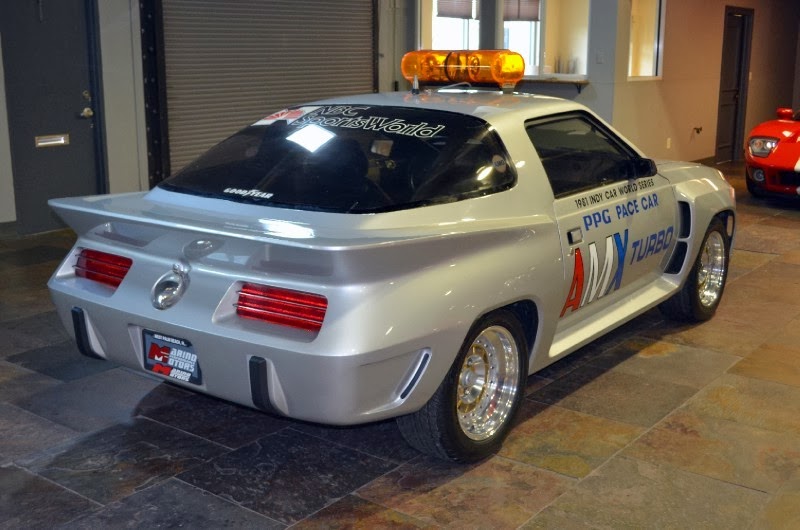