The Iron Man character created by comic legend Stan Lee comes into being when a millionaire playboy and weapons engineer Tony Stark is kidnapped and forced to create a weapon of mass destruction.  Instead, he builds a first generation mobile armor suit and breaks his way free, people get blown up, et cetera.  Imagine for a minute that Mr Stark was an engineer at Carrozzeria Ghia and stuck in a hell-hole cave in whereveristan with access to a Lincoln Mk VI body and welding supplies…this is the Iron Car he would build.  Find this his 1982 Other Custom Steel Thing

currently bidding on ebay for $26,600 in an undisclosed super secret underground lair via ebay. 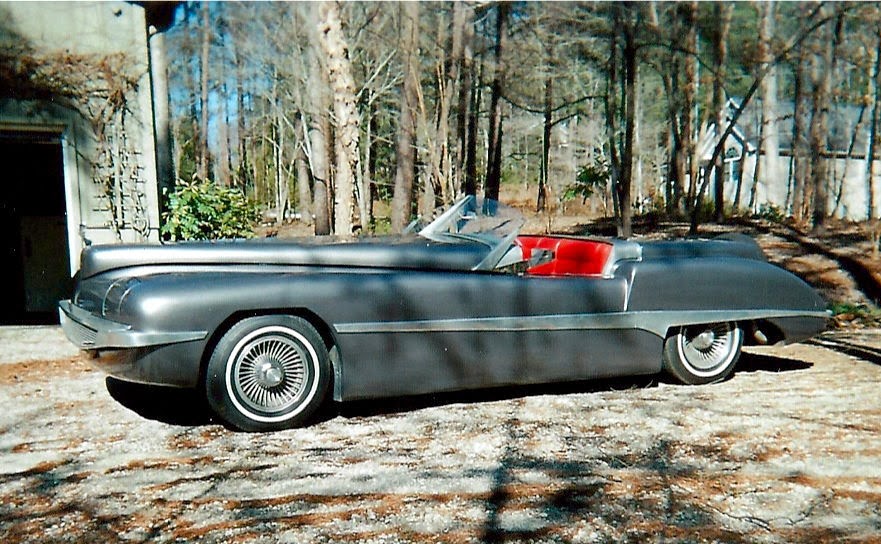 When I first saw this advertisement and read the sellers comments about how this was built in the style of Ghia I almost spat Jameson & club soda all over my keyboard.   Ghia?  The coach builder responsible for the Alfa Romeo 6C, Karmann Ghia & Volvo P1800 (well they were credited for the Volvo anyways) – not exactly what you think of when looking at this…thing.  Perhaps it was the booze, but the more I looked at this the more I liked it and started to see lines from the other Ghia creations like the Lincoln Futura and Chrysler Norseman with a hint of influence from the Art Deco movement. 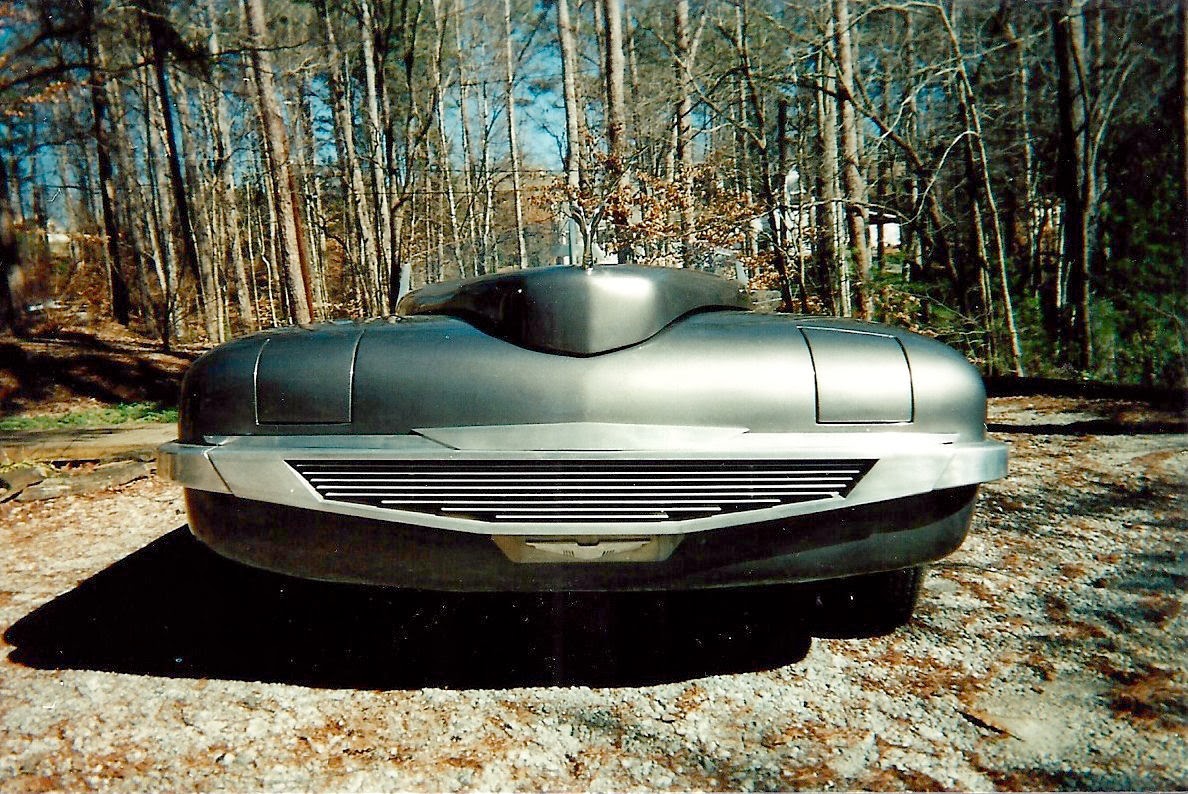 The car has the face of an eternal optimist – smiling, when the truth is there isn’t much to smile about because you’ve got 5000 lbs of steel mounted on top of an ’80s Lincoln chassis.  The Lincoln Mk VI (the seller incorrectly identifies it as a Mk IV – but those were sold from 1972-1976 and much more gargantuan) is a Panther platform monster powered by Ford’s 302 cubic inch V8 tuned for about 134 horsepower. Slow doesn’t begin to describe the way this thing will drive.  There are tectonic plates in California that move faster than this thing. 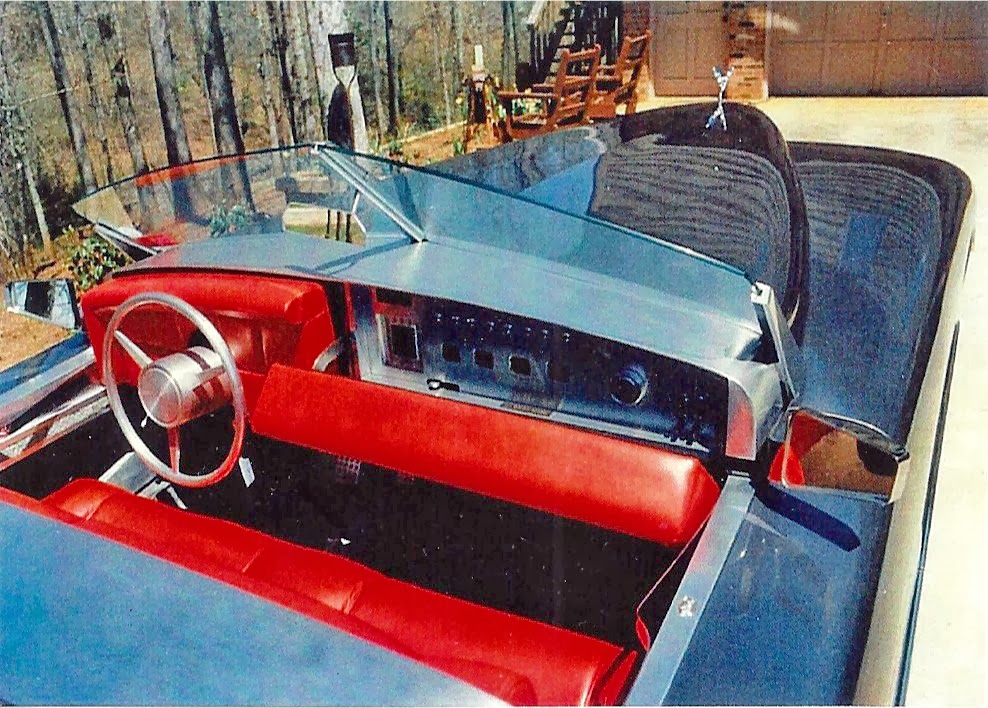 Many custom machines like this simply use custom fenders/hood/roof, but the craftsman build custom stuff continues to the inside where we are greeted with a bright red interior, a concept car looking steering wheel and the coolest drop-down doors around – they look like something from a BMW Z1. 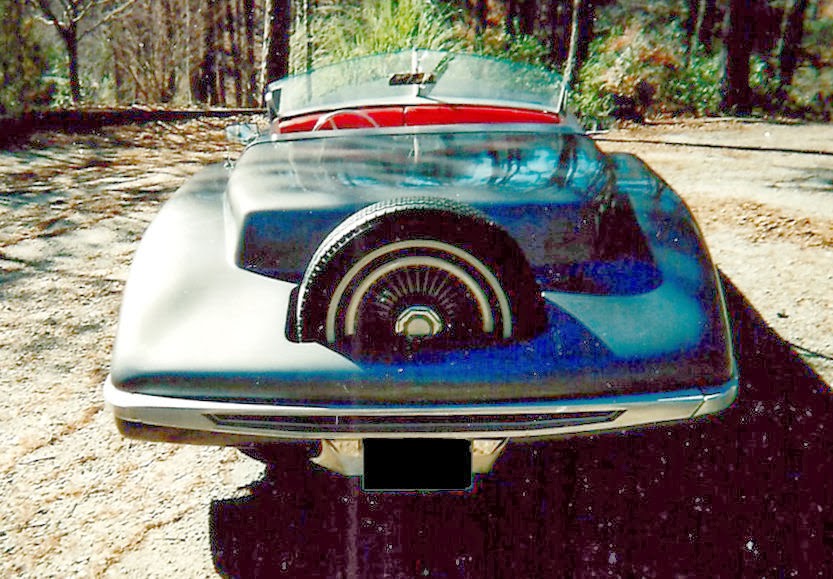