US President Lyndon Baines Johnson was a proud Amphicar owner and would drive at high speeds down hills in his Texas ranch screaming to his terrified passengers that the brakes had failed.  The Amphicar would splash into a small lake and LBJ would erupt into fits of laughter as his passengers soiled themselves.  We can’t help you be the next POTUS or get the country into another intractable war in southeast Asia, subsequently refusing to accept a second nomination for your political party of choice…but…we found one of the few remaining Amphicars for sale, so you could give your friends/family a heart attack.  This 1967 Amphicar

is for sale in Wellington, KS for $29,000 buy-it-now via ebay.  Tip from Kaibeezy.  Daily Turismo Omologato (DTO) is where we showcase cars
that are above the standard DT price range, but are unique and worthy of
a feature. 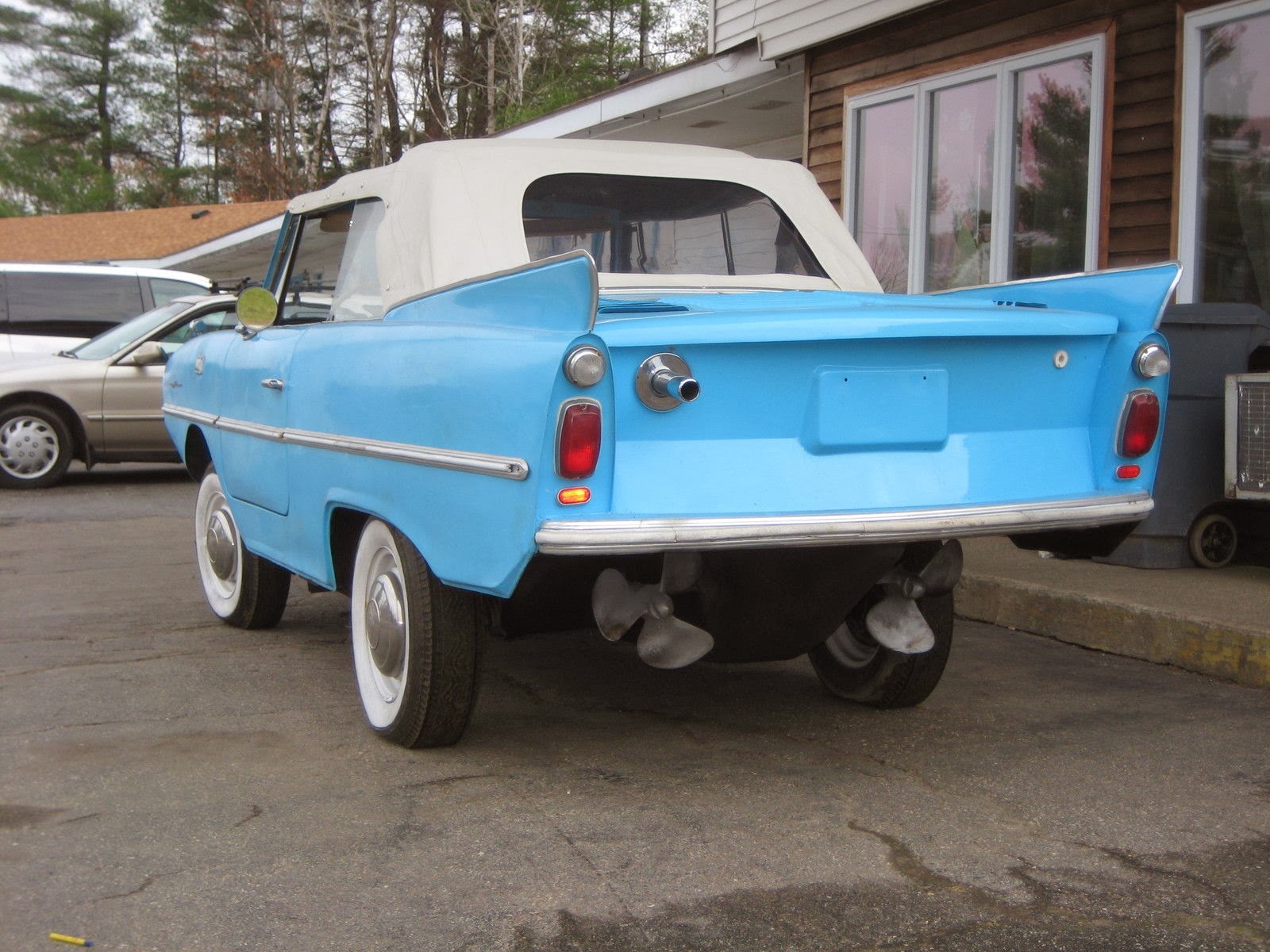 We wouldn’t normally feature such a high dollar car of questionable usability, but typical Amphicar prices run closer to $50-60k as seen by the seven active listings on hemmings.com.  The number of Amphicars built by the Quandt Group for world wide distribution between 1961-68 was approximately 4500 and the number that get regular use is 500 (according to Amphicars.com). 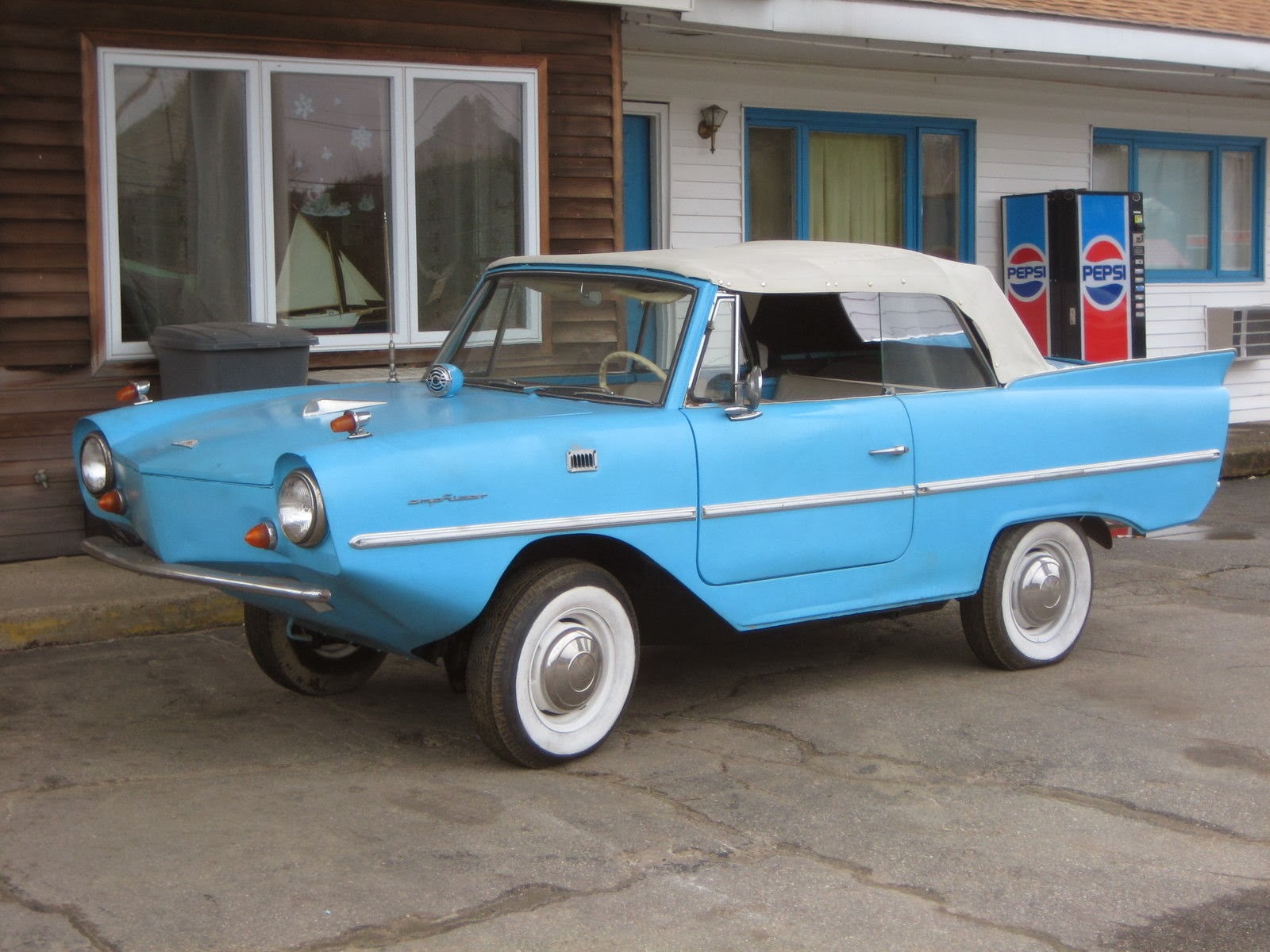 The Amphicar is a totally watertight floating car that is powered by a 1.2 liter inline-4 cylinder engine borrowed from the Triumph Herald 1200.  The engine puts out 43 horsepower and can be connected to either the rear wheels or twin prop-shafts out the tail. 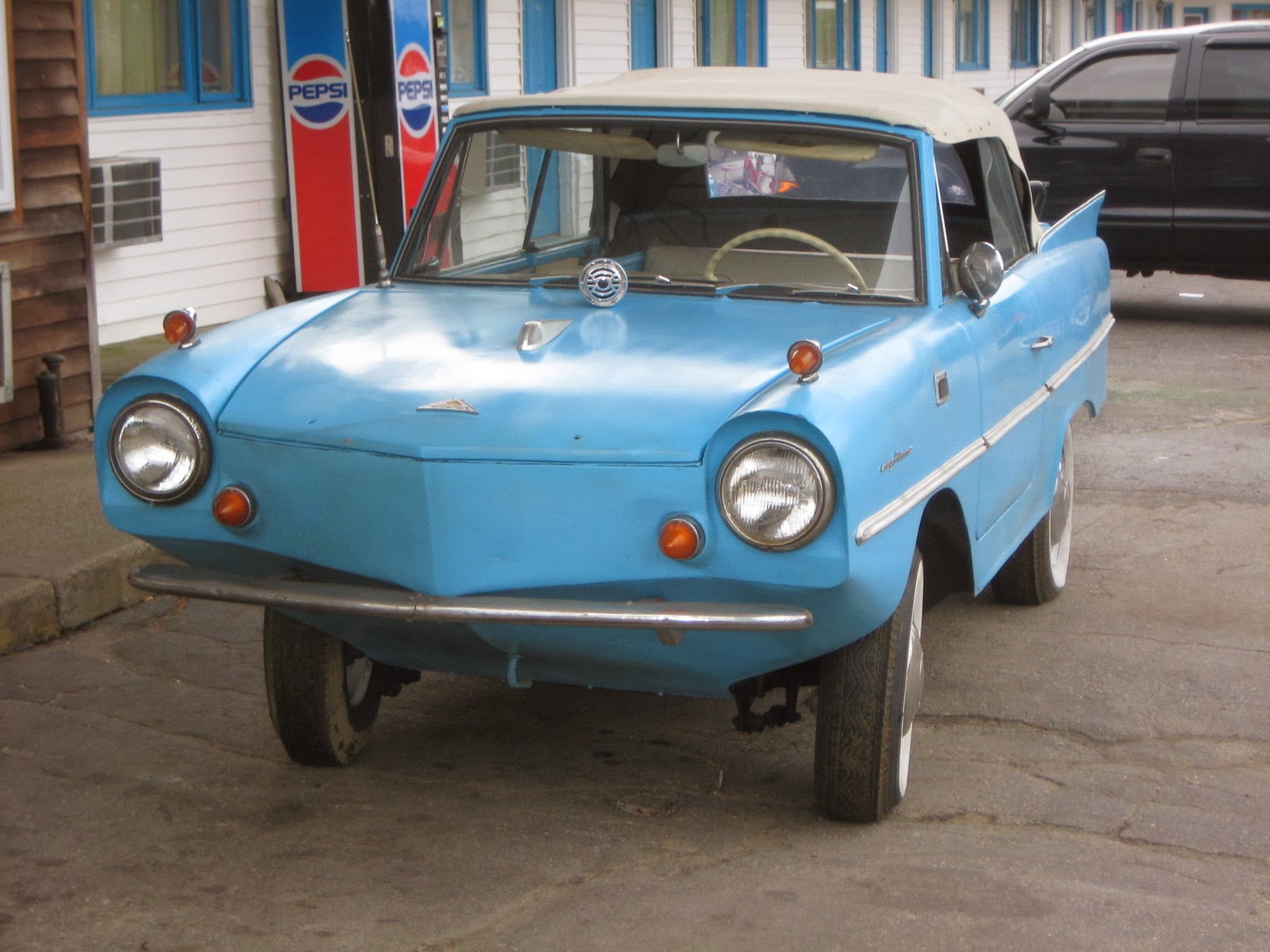 What is up with the locations people pick for their ebay/craigslist photo shoots?
Honey, I’ll wait in the car while you check us into this motel — no
wait, instead, I’ll grab my camera phone and take some pics of the
Amphicar because I forgot to at the last gas station. This same car is offered for $29k via craigslist here.