Does anybody remember that ulta-realistic third installment of the Fast and Furious series where high school kids (poor Texans and Yakuza members alike) drive 500 horsepower drift machines with easily $100k in aftermarket parts?  Between the RX-7s, Evos, Zs, and Tourans you might have missed the star of the movie, an RB26DETT swapped 1967 Ford Mustang fastback, except that isn’t this car.  The Japanese inline-6 powered fastback was used for some static shots, but the real star of the climatic drift scene was a 403 cubic inch V8 powered beast that was bashed up on screen — that’s what we’ve got here today. 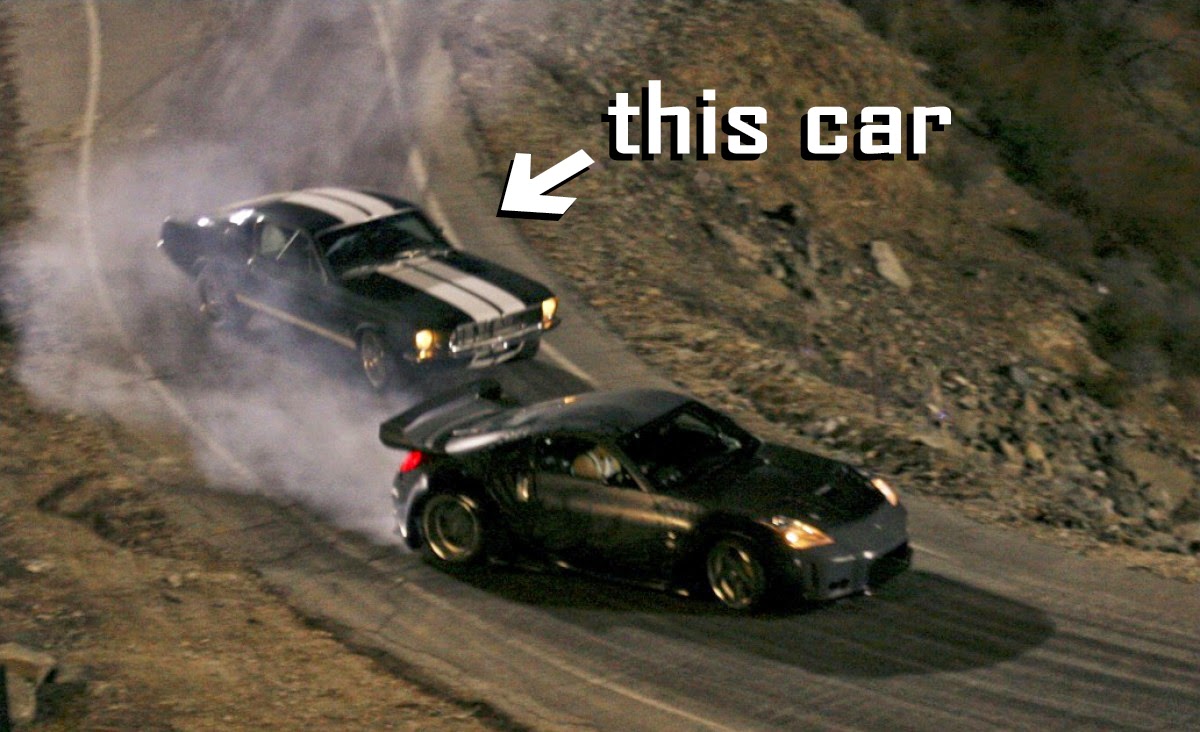 Anyone with an internet connection should know that the 7th installment of the Fast and Furious franchise comes out in the theaters this weekend — Furious 7.  I haven’t seen it, so I can’t give it a two bloody knuckles up at this time, but if you are looking for an actual Fast ‘n’ Furious movie car, you’ve come to the right place.  Find this 1967 Ford Mustang from The Fast and the Furious, Tokyo Drift offered for $45,000 in Sun Valley, CA via craigslist. 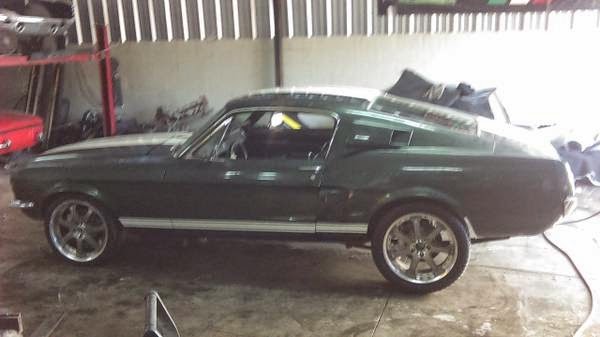 The on screen car was supposed to be Skyline RB26DET powered, but according to this 2006 Edmunds story, the director used a 403 V8 powered example for much of the filming.  Apparently the big cubes were preferred to make the drifting scenes easier over the turbo inline-6. 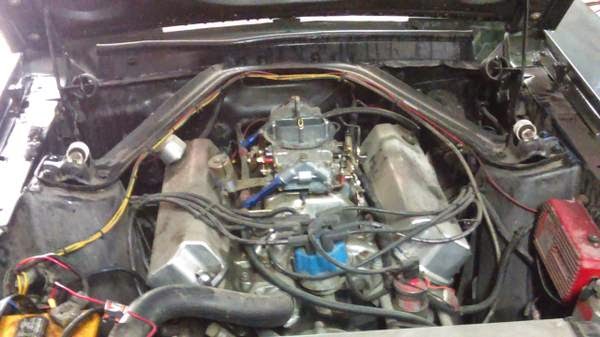 I was first suspicious that this might be a recreation or a fake, but the pictures don’t seem to be harvested from some other place and they show the tell tale signs of being located at a body shop (more about that later).  According to the Edmunds article (and inside line video) the V8 pushes out something in the realm of 500 horsepower and the car is equipped with rack-and-pinion steering and setup for drifting. 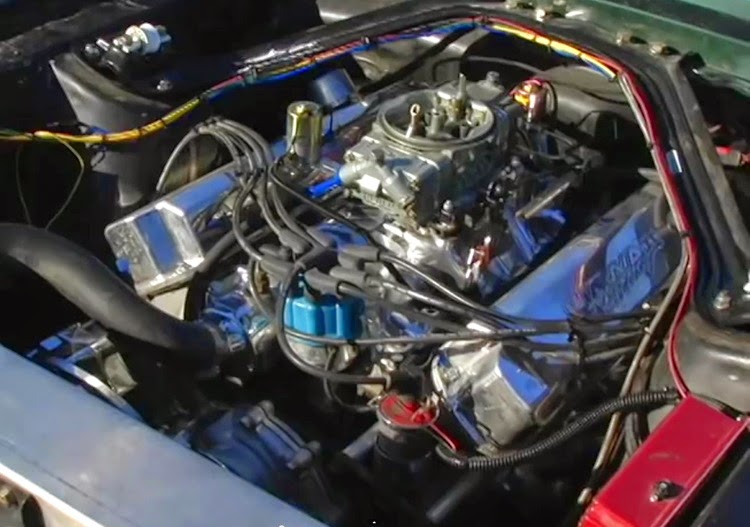 The above photo is a screen capture from the Edmunds video, which pretty much confirms that this is the same car.  The wire colors, valve covers, MSD box, zip ties and everything are spot on identical, except the seller’s photo is covered in sanding dust from a paint shop.  If you watch the video (or the movie) you will notice that this fastback was seriously banged up in the course of filming, but looks to have been thoroughly reconditioned in its current state. 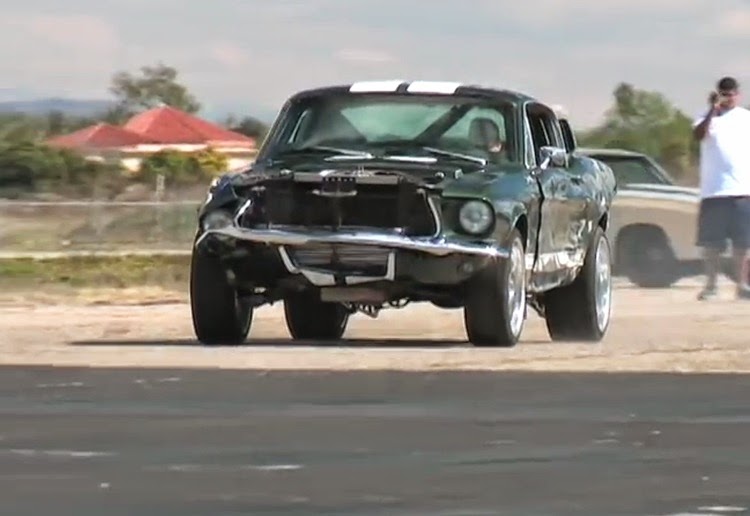 Another screen capture from the inside line video shows just how much abuse the Mustang received in the course of filming.  If my memory serves me, the car in the movie ended up flipped and generally wrecked in the final scene, so it would need complete reconditioning. 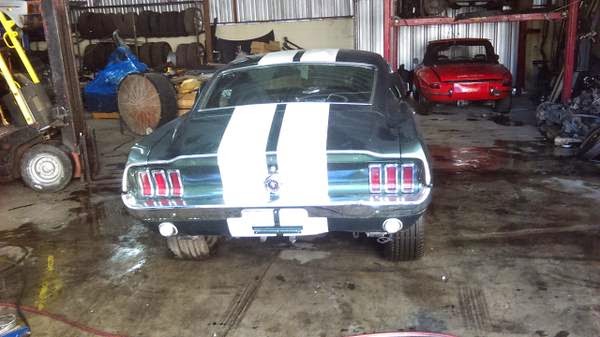 If this is really the movie car it will probably be purchased by a quick thinking opportunist and be up on eBay with nice photos and a high reserve.  See another FF movie car? tips@dailyturismo.com