If you were one of the dozen or so people who read Tom Wolfe’s latest novel, Back to Blood, you may recall an excerpt in which one of the main characters, a prissy WASP named Mac, is involved in a road rage incident with a young Latina.  The provocateur is shouting at her in Spanish when Mac blows up and says “YOU’RE IN AMERICA NOW! SPEAK ENGLISH.”  The young Latina calmly replies “No, mia malhablada puta gorda*, we een Mee-ah-mee now! You een Mee-ah-mee now!”  Wolfe’s novel is a tale of race, blood, and tears set against the multicolored backdrop of Miami and is rumored to have cost the publisher $122 for each copy because it sold about as well as Rob Ford’s latest self help book.  As someone who has read it, I can honestly report that it wasn’t too bad, aside from some inaccurate automobile lingo, including a reference to a Ferrari 403 (huh?) and another person trying to replace an overhead camshaft on an 80’s Camaro.  You don’t need to read the novel to know that Miami is indeed a strange place or to discover that the Miami craigslist is littered with bizarre classics located in Cuba.  Join us as we explore the reasons as introduced to us by a Miami resident known as “El Gringo.”

Private vehicle ownership was not allowed in Cuba until 2011 when the law was changed, but with a complex permit process, few folks achieved motoring bliss.  However, on Jan 1, 2014 the permit process was eliminated and anyone with the means is free to buy/sell — but it wasn’t all gravy as the government increased the fixed prices; a new Kia will cost upwards of $40k.  This brings into the mix some odd dynamics, including a murky black-greyish market for Cubans living in Miami to buy cars for their relatives still in the old country.

El Gringo explains it better in his note:

I’ve lived in Miami for nearly 20 years and
although I’m not Latino I have blended into the local landscape quite
well. I’m known locally as El Gringo (slang term for American). I’ve
traveled to Cuba twice and have spent a reasonable amount of time
exploring the automotive past and present on the island. Along with
taking hundreds of pictures and talking to almost as many car
enthusiasts I’ve learned of a black market auto sale plan worked out
between Cubans in Cuba and Cubans living in Miami.

It
is nearly impossible to buy or sell any vehicle in Cuba. This has led
to money exchanges in the US between relatives for vehicles still
located there. Everyday there are new postings on Craigslist for these
cars. 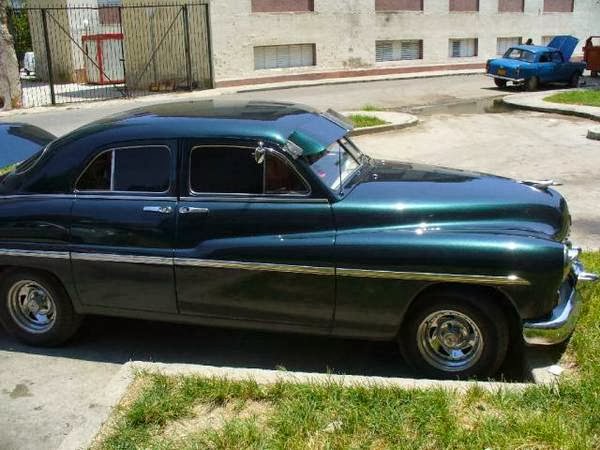 The first example of Cubangineering comes in the form of this 1949 Mercury Sedan that is powered by a Nissan TD27 turbo diesel engine (Muy Silencioso!!) offered for $30,000 USD.  Thirty large may at first glance seem like an outrageous price, but it is a bargain compared to a brand new $40k Chinese built Geely.

The cars are being offered in Miami usually
by family members of those who legally own them in Cuba (confusing
array of laws and usually no one is sure who really owns anything
there!). Cars sell for huge money there because there are no options to
import anything else. In essence, there is a finite amount of vehicles
and that drives the market. 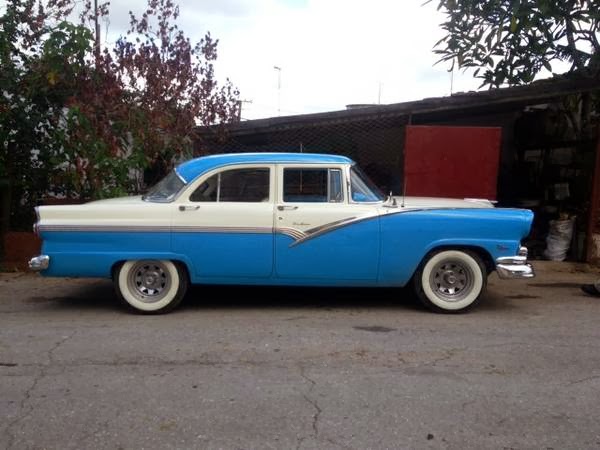 Next up is a 1956 Ford Fairlane that the seller hilariously refers to as a Ford Frightline offered for $22,000.  At least this one is still sporting a ‘Merican V8 and should give you nothing to be frightened about.

Another gem from our local expert:

None of these cars
can leave Cuba for export so the real question is why or how can people
earning $1000 a year afford to buy 1950’s cars for $20K+? It all lies
in the Miami Cuban community actually buying
them for other friends that are currently stuck there. Many shops here (Ed – Miami)
sell parts exclusively for US and Russian built cars in Cuba. 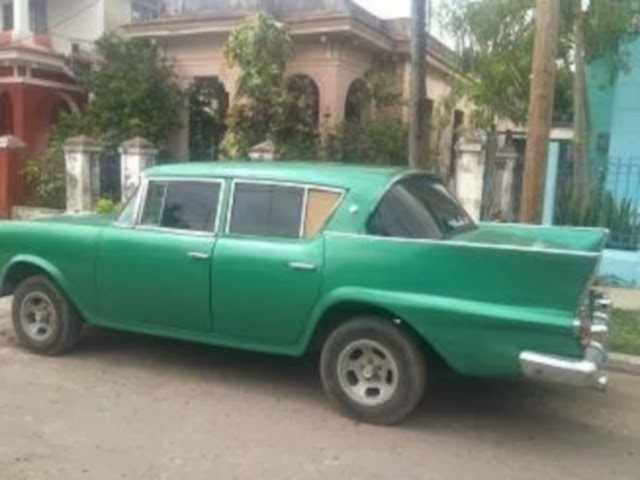 This AMC built 1959 Rambler Rebel  sedan is powered by an undisclosed Nissan motor and transmission and is offered for $14,000, a relative bargain.  Apparently there are no cheap cars in Cuba, and owning a running automobile means you are either a wealthy part of the elite or a taxi/delivery service.  Expect things to change as an emerging middle class gets more freedom in the post Castro era. Up next is a 1986 Moscovich 1500 (aka the Moscovich 2140) offered for $18,000 – indeed a princely sum for such a piece of Soviet era tin.  The 2140 is powered by a UZAM-412 1.5 liter 4-banger that puts out 75 horsepower and should last at least 10,000 miles between rebuilds.  The fact that this one is still running and on the road is a testament to the capability of the Cuban people when it comes to keeping cars running. 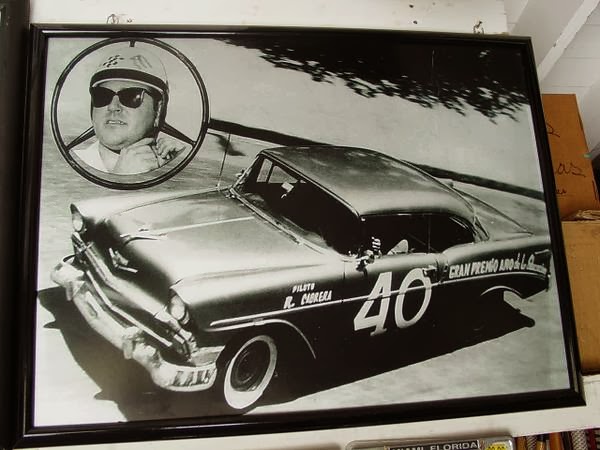 This last car is a bonus car, because it is not actually located in Cuba, but it was built by a famous Cuban racer.  This 1956 Chevy Bel Air 2-door is offered for a Havana price of $35,500, but is located in Miami.  The car is powered by a 350 cubic inch V8 and surprisingly features a clutch pedal and 5-speed manual gearbox, but the seller neglects to name this famous Cuban driver.

The simple conclusion is that you are not going to go out and buy a 50’s classic to import into the US market, but as the Tabacco-leaf-curtain comes down, it will be interesting to see what the import/export market for interesting automobiles becomes.

See another hidden black-market living in your local craigslist…errr…not that sort of stuff…keep it related to cars please! tips@dailyturismo.com