Get ready for another awesome episode of the DT Radio Show.  Friday August 12th,
7PM Pacific 10PM Eastern, we’ve got Doug Malewicki — author, inventor of Nuclear War, designer of the Robosaurus, futurist, and a man who put 431k miles on a Porsche 914 with the 1.7 liter engine.  Listen live on TalkRadioOne.com or via Tunein radio app for your phone or listen to previous uploaded shows anytime on PodBean or iTunes. 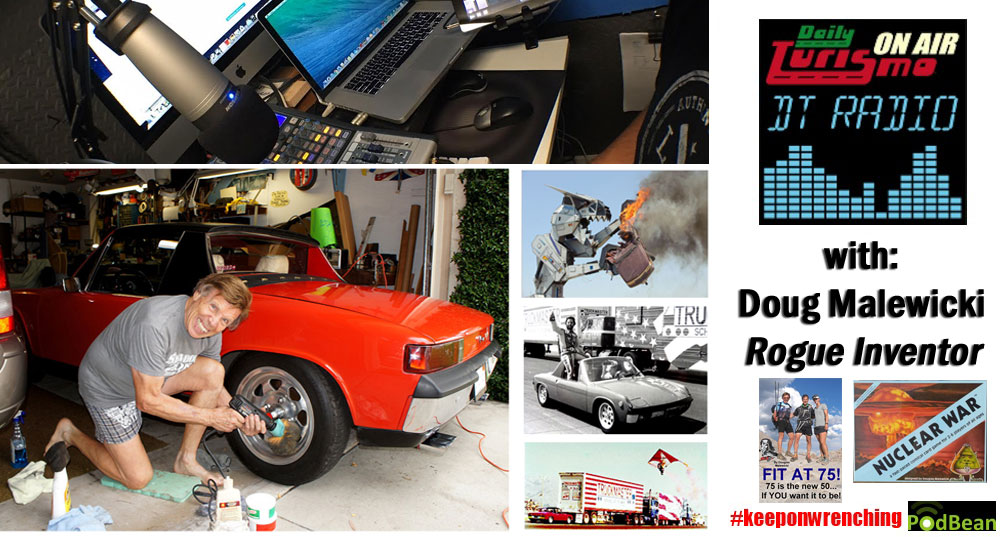 Doug is the real deal when it comes to doing all sorts of insane engineering experiments starting with a car-crunching, fire-breathing Robosaurus, but continuing to the X-1 rocket Skycycle commissioned by Evel Knievel to jump the Snake River canyon, a
155 MPG commuter car that bears a striking resemblance to Luke
Skywalker’s landspeeder, and a never-ending quest to build a personal MagLeg transportation system called SkyTran.

Be sure to listen live call in with your questions/comments/vitriol when Doug is on the air — our number is 213-291-9410.