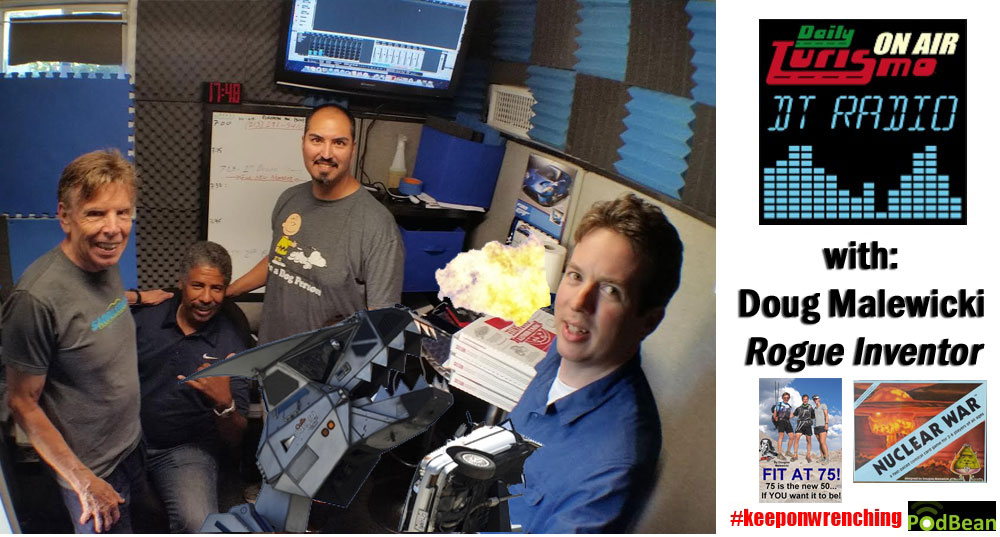 Inventor, Engineer, and self-described “healthy geezer” Doug Malewicki
joins us LIVE in the studio – we talk Robosaurus, Evel Knievel, Everest,
Nuclear War, SkyTran, the Bonneville Salt Flats, staying Fit At 75, and bureaucrats
ruining the world. CFlo returns for his news, and Producer Ben is
conspicuous in his absence.

mm:ss By the minute

06:30 Doug talks about Sherpas hauling 18 6-packs of beer on his recent trip to Mt. Everest.

38:30 We talk California Commuter, a 155 mpg recordbreaking high mileage machine in the 1980s.

82:00 We talk about what is happening next week.

Listen live on TalkRadioOne.com or via Tunein radio app for your phone (and search TalkRadioOne) at 7PM Pacific time (10PM Eastern) June 10th– or listen anytime on PodBean or iTunes.