DT COW: Commenter of the Week

Another week gone down the drain- the staff at DT spent our time surfing the web for old cars, learning new swear words on urbandictionary, and causing mayhem in electric karts around the track at K1-speed (electric karts remove the inequalities associated with speed governors & clutch setup on arrive-and-drive gas karts and replace those with equally frustrating battery charge and depletion issues…but at least it doesn’t stink so much).  Anyway – it is time to pick the Commenter of the Week (COW!)!!

This commenter won our hearts with the following comment: “I was told once “never buy an X1/9 with rust in the windshield
surround.” Don’t remember why exactly, but I’ve heeded the advice so
far.”

Congrats to DT reader Erich!  We would ammend Erich’s advice to “never buy an X1/9” but that is another story. Congrats to Erich and here is the prize – a photo of a Mazda RX-792P cresting the corkscrew at Laguna Seca. 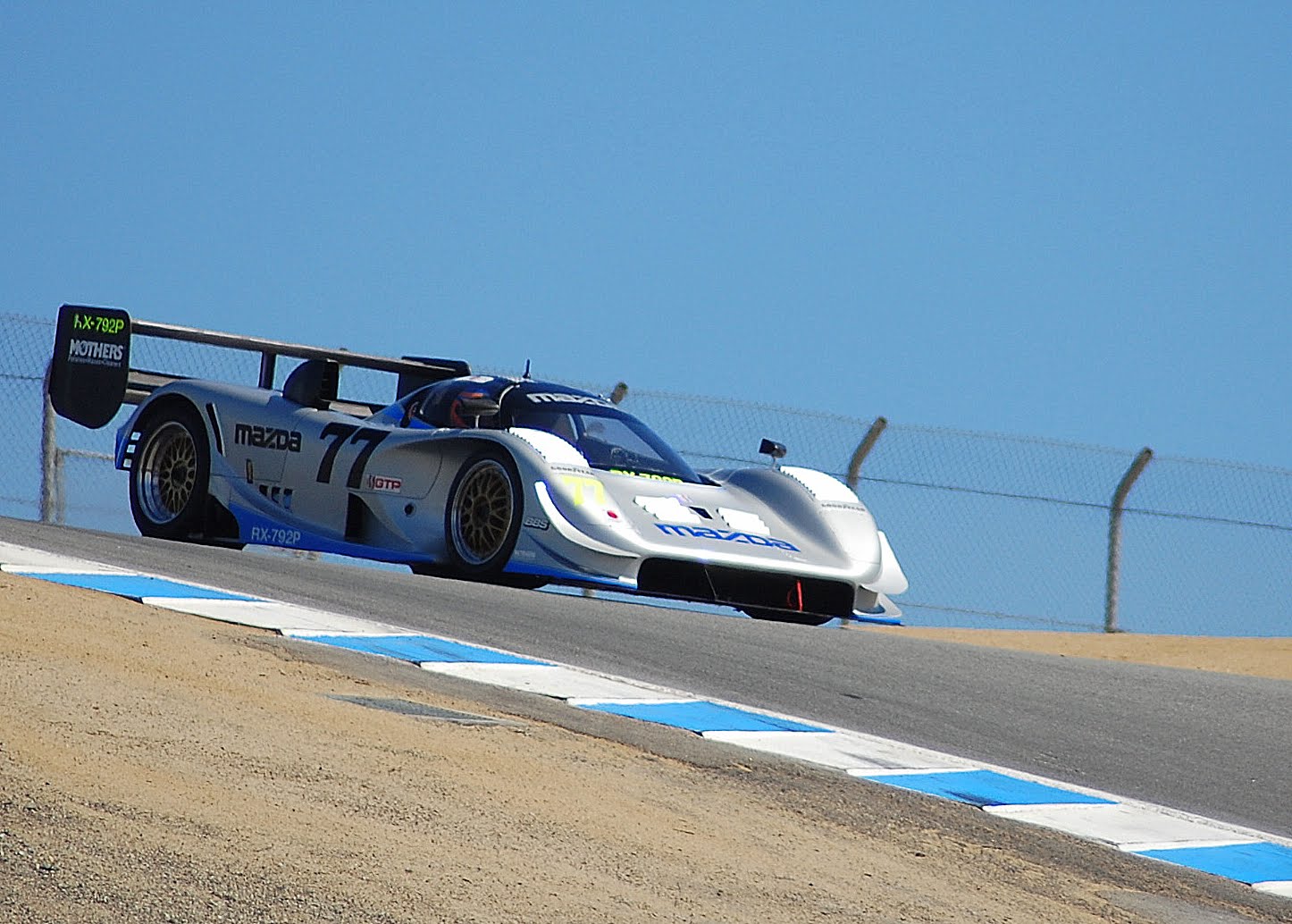 Edit 9/29/2012 7:55PM PST: We have previously and erroneously reported that Erich was indeed named Mike and said the following nasty stuff:

…if you take a look
at his blogger profile – Mike started a few blogs in 2006 – one of them
the Casco Bay, Maine Boater’s Blog
which has a regular (repeated daily) posting about how to get rid of
Herpes HSV2 –  we think those Maine boaters must be really
promiscuous…or that site has been taken over by a hacker.

We are assured that Erich is not named Mike and does not have HSV2 or any other kind of transmittable STDs.  -Ed