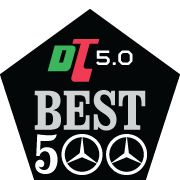 The Mercedes 500 series has been around in some sort of way since the 1970’s.  These were premium cars with big boy V8 engines.  Today’s piece covers car from as old as 1991 to as new as 2003 in the E, SL, CL, and SEC class of cars.  Generally speaking, these Benzes suffer from pretty severe and quick depreciation when a newer model with more power and power gizmos replaces it (with a few exceptions).  This post is part of DT’s 5th Birthday Celebration. 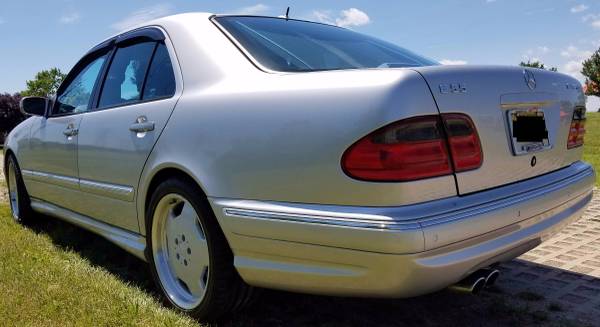 First up is this 2001 Mercedes E55 AMG in Sayreville, NJ for $5,500 via Craigslist.  The W210 E Class AMG cars can be found at DT friendly prices all day long.  These cars may have a face that only a mother car love, but make up for it with a lusty 350 hp 5.4 V8 engine.  This car has had the same owner since 2004 and now has 122,000 miles.  It looks exceptionally clean and has some desirable options on it like Command navigation system and heated/cooled seats.  Hard to beat for the price right? 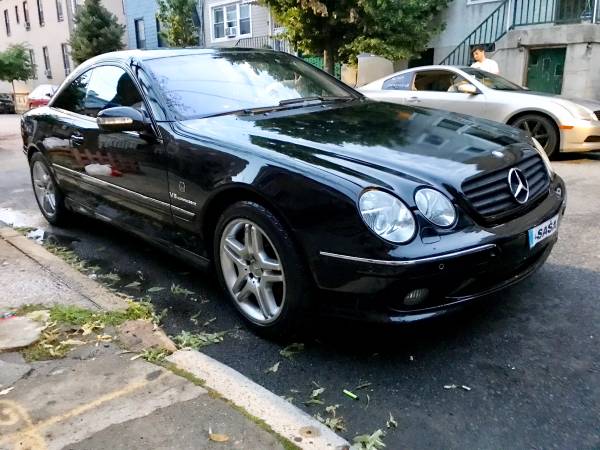 Second up is this 2003 Mercedes CL55 AMG in Ridgewood, NY for $10,500 via Craigslist.  The CL personal luxury coupe is blessed with a supercharged V8 engine that produces an absurd 493 hp.  This CL is the newest of the five cars featured here and certainly looks the most modern.  The seller notes he has spent a lot of money maintaining the car and that everything works as it should.  The car has new tires all around which is reassuring given how easy it is to use your right foot to turn the rears into smoke! 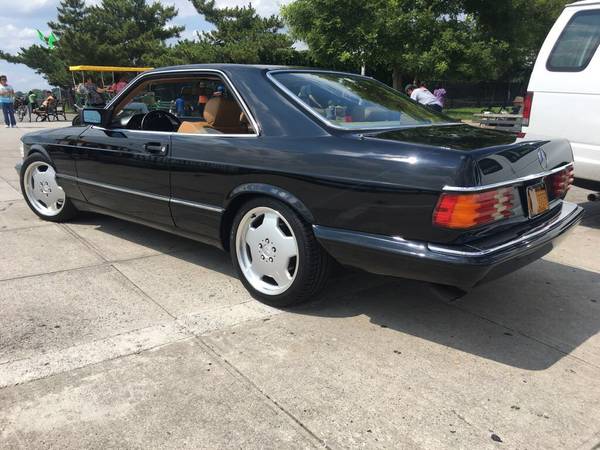 Next up is this 1991 Mercedes 560 SEC in Brooklyn, NY for $19,000 via Craigslist.  When I see these classic SEC coupes, my brain immediately says two things:  Patrick Swayze and the movie Road House.  1991 was the last year for the all W126 S class cars.  This car looks the business with the lowered stance on 18″ monoblock wheels and euro spec headlights.  The seller claims everything works perfectly and the car has garaged exclusively.  They are asking top dollar for the car, but this one looks right on if these are your thing.  I believe the asking prices of these are only going to keep escalating. 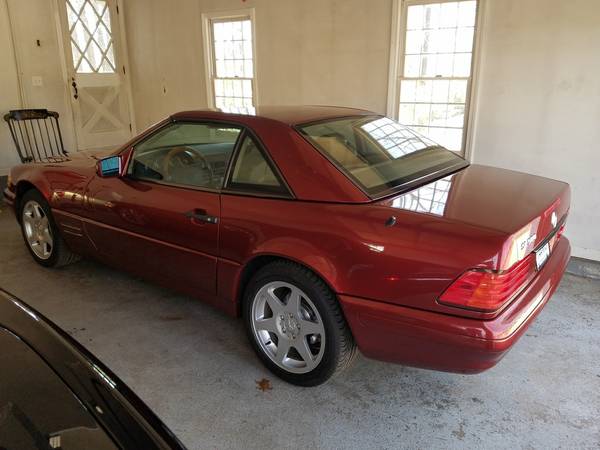 Next up is this 1997 Mercedes SL500 40th Anniversary Edition in Vernon, CT for $7,500 via Craigslist.  The R129 convertibles were based of the W124 E class car and offer a far more modern driving experience than its neo-classic R107 predecessor.  This Designo red SL500 is only one of 250 cars produced for the US market.  The most noticeable feature of the 40th Anniversary edition is the addition of the 17″ EVO 2 wheels which were one of the best looking wheels Benz ever made.  The interior also benefits from upgraded leather trim and handsome wood/leather steering wheel.  The biggest potential headache with this model is the hydraulic top cylinders, but they have recently been addressed by the seller.  Great way to go topless! 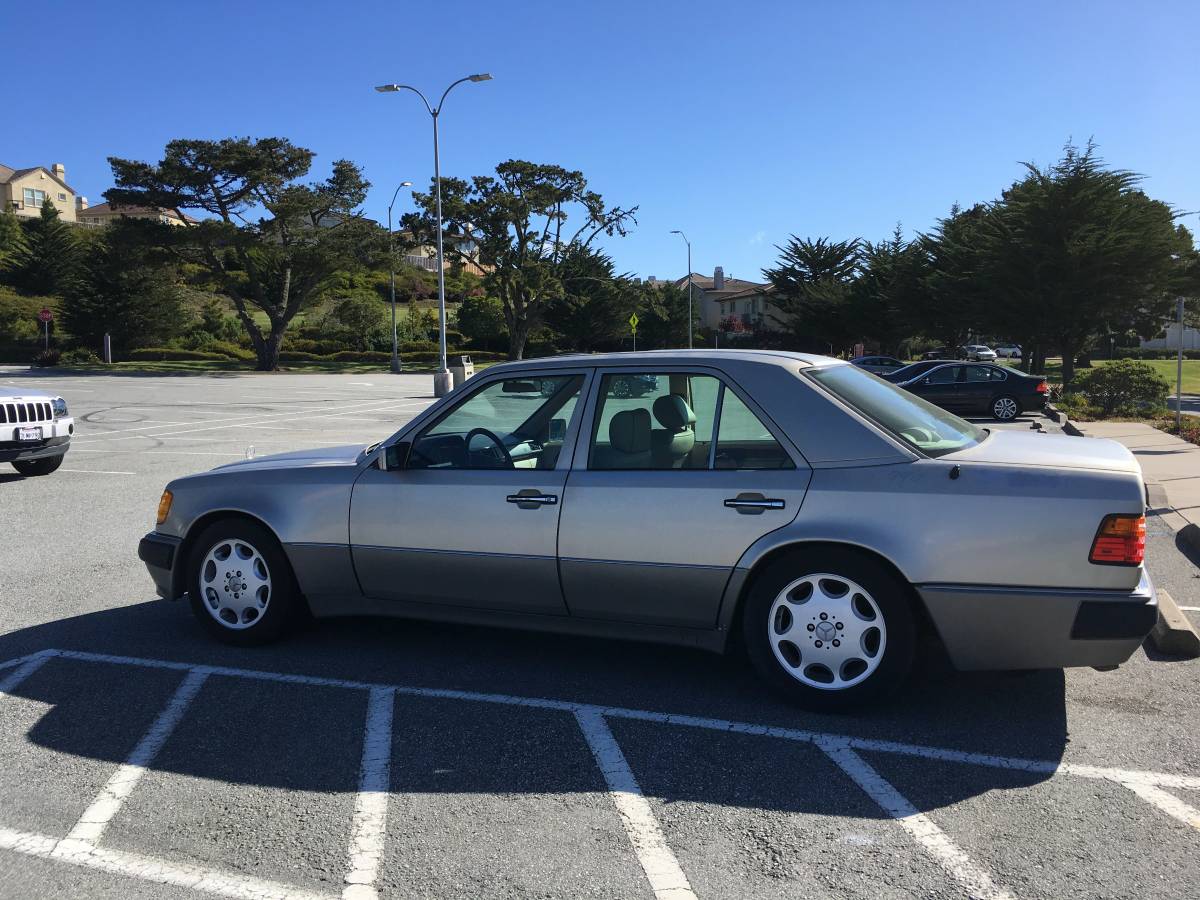 Last up is this 1993 Mercedes 500e in San Bruno, CA for $15,000 via www.500eboard.com  The list would not be complete without the original “wolf in sheeps clothing”.  Porsche had a hand in assembling these super sedans, but they were made from the Mercedes parts bin.  These cars were built in very small numbers from 1991-1995.  This car has a interesting story about the salvage title attached to it that the 500eboard documents very well.  The car is in need of paint and the new owner should start budgeting for a tranny rebuild as the reverse delay is not going to improve over time.  The 500e is so subtle that it flies totally under the radar of everyone except enthusiasts.  Prices have been on the rise the past few years and will likely continue that way.

See another 500 series Mercedes that would get our attention?.  Post it up in the comments.

Cory drove his 1995 C36 AMG up to his buddies place to work on the car tonight and had to unexpectedly get a ride home when the coolant bottle cracked.  New radiator and coolant reservoir will be installed over the weekend.