A few years after Malcolm Bricklin made a decent amount of money importing Subarus in the USA, he launched his own auto company, which made the DeLoreanesque SV-1.  The SV-1 is a cool car, but was arguably a financial failure, so Mr Bricklin went back to doing what he did best: importing cheap cars for the US economy car market.  Except for the next project he didn’t find a reliable Japanese partner and instead partnered with the Serbian based Zastava Automobiles….and the rest is history.  Find this 1988 Yugo GVS offered for $4,600 in Pleasant Hill, OH.  Tip from FuelTruck. 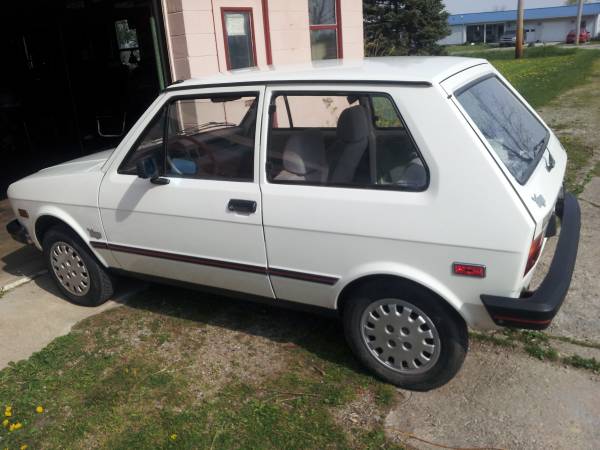 Zastava Automobiles started production in 1980 of a subcompact called the Koral, designed in Italy under the designation Fiat 144, which was a variant of the Fiat 127.  In 1987 Bricklin introduced five models of the same car rebadged as a Yugo under the model names GV (Great Value), GVC, GVL, GVS, and GVX, the last one allegedly sporting a 1300 cc “race-inspired” engine and 5-speed gearbox.  Importation of the Yugo was ground to a halt in 1990 when the EPA forced a massive recall due to its failure to meet emissions standards. 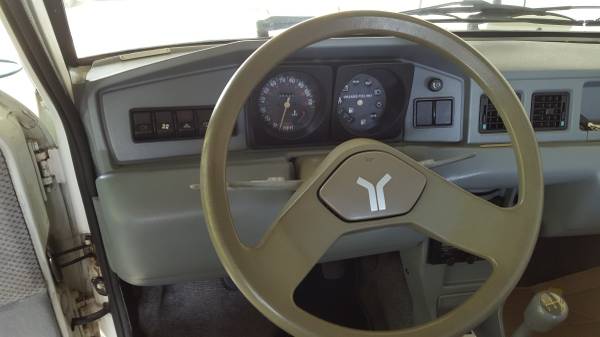 No more damning phrase can ever be written in a car ad than someone
describing an 1988 Yugo GVS as “runs and drives like new”. We could have
hoped, given 27 years to improve it, someone perhaps would have.
Nope.  Not here. 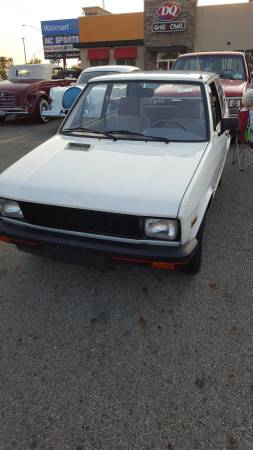 See another oddball economy car with low miles and in great condition? tips@dailyturismo.com