Down The Hatch: 1989 Mitsubishi Mirage Turbo

The 3rd generation Mitsubishi Mirage was sold in North America starting in the 1989 model year at Mitsubishi dealers, but you could also get the same exact car (albeit with different badges) from Dodge/Plymouth dealers as the Colt, and over at Eagle as the Summit.  They should have imported the top of the line JDM version that was called the Cyborg, but at least you could get the hatchback version with a turbocharged engine.  Find this 1989 Mitsubishi Mirage Turbo offered for $3,800 in Moreno Valley, CA via craigslist.  Tip from FuelTruck. 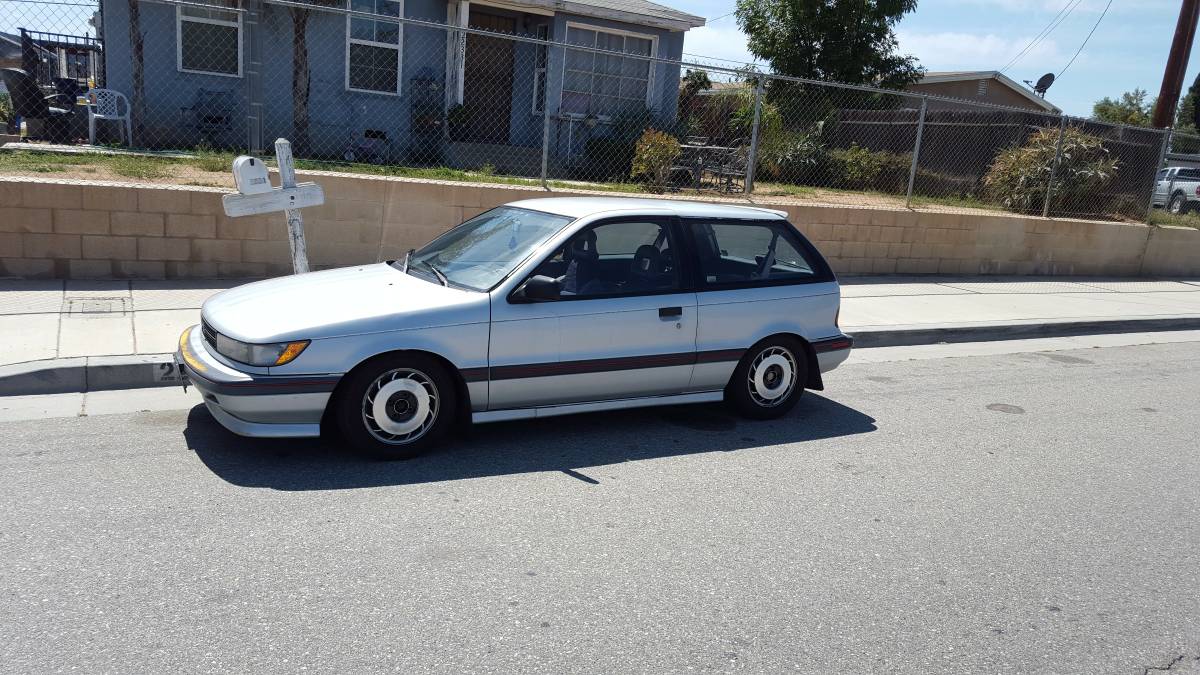 It is always interesting when a seller in a craigslist ad says something like “Supposedly Big 16 turbo”.  What do you mean “supposedly?”  Supposedly isn’t something I want to hear when I’m buying a car.  Supposedly this bank check is real.  Determining the bigness (or 16ness) of a turbocharger shouldn’t be more than a few minutes of poking around with a flashlight. 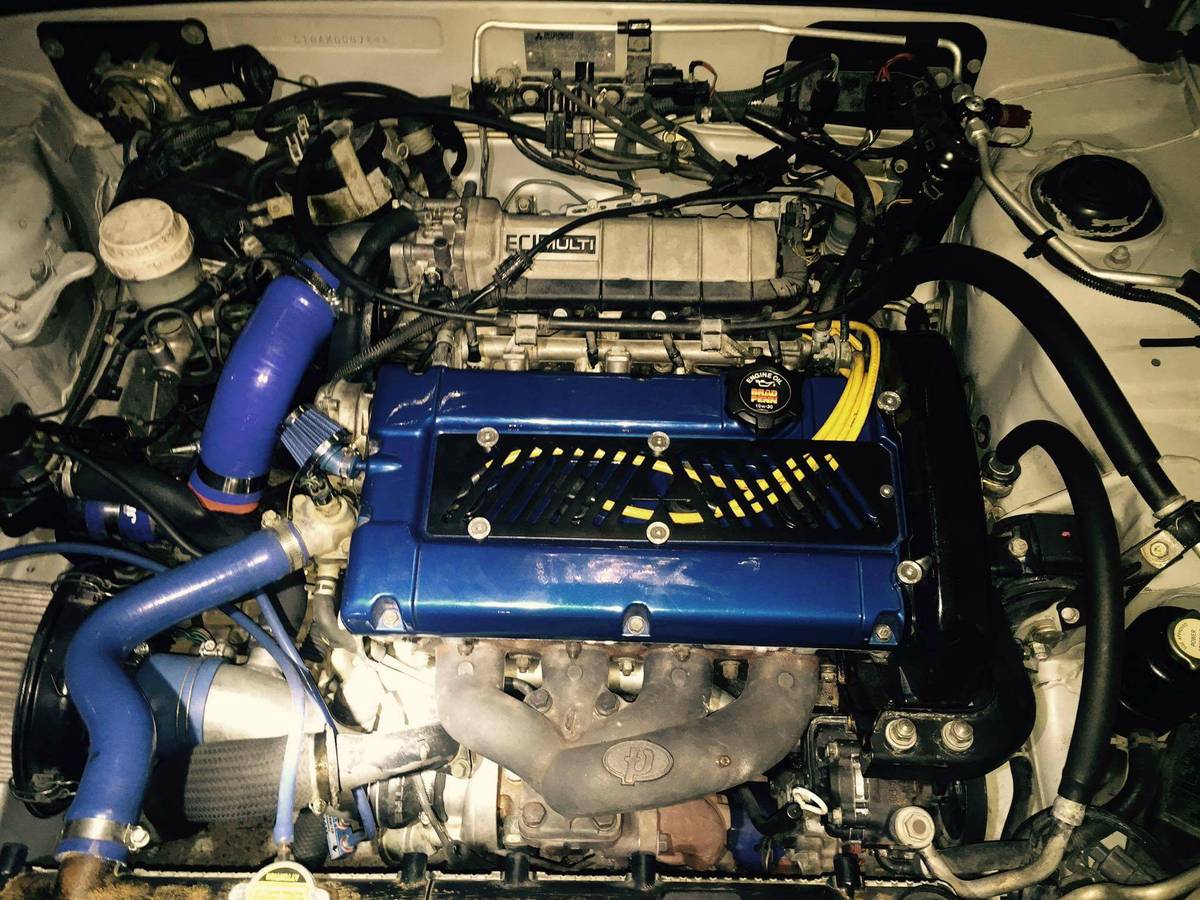 Under the hood is a 1.6 liter 4G61T inline-4 that is turbocharged to generate 135 horsepower when stock, but with a supposed Big 16 turbo, and some silicon hoses, it should be good for a few more.  Want an easy method to determine power?  Do a big smokey front wheel drive (one-wheel) burn out — you should get about 10 feet per 100 horsepower. 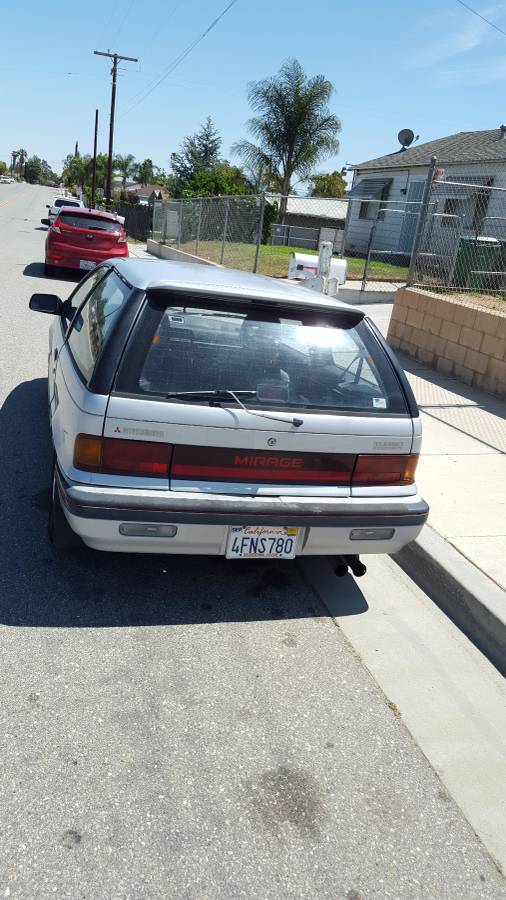 See another car that will get mistaken for a Civic hatch everywhere you go? tips@dailyturismo.com