The EV-1 might be the first car to wear the crown as a modern electric car from a OE manufacturer, but the truth is that electric cars were very common in the early days of the automobile.  As time marched onward, the speeds and distances required outpaced 1920s battery state-of-the-art, so the electric car went into hiatus, only to be revived in the 70s when technology allowed it.  But not OE technology…small guys in their garages and hacks around the world started building things like this 1980 Jet Electrica 007 offered for $4,000 in Millersville, MD. Tip from Chad in MD. 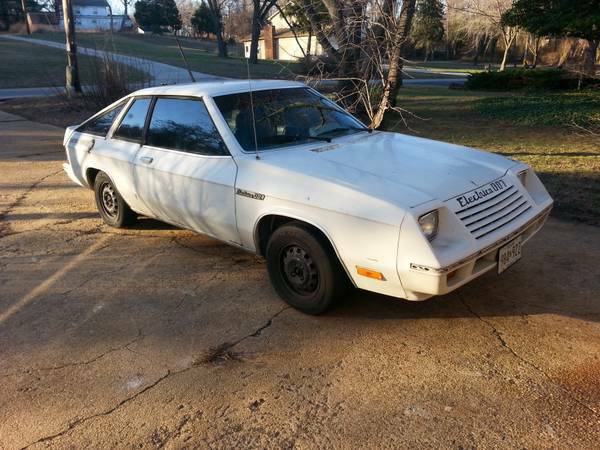 In fact, the Jet Electrica was built by an OEM…of sorts…it was snomobile builder Jet Industries out of Austin, Texas who was the first to get cash from the US federal government who wanted to promote electric cars as an answer to the fuel crisis of the 70s.  Ultimately the program was axed as oil prices normalized, but not before Jet converted a few thousand Dodge Omni/Plymouth Horizons into full electric lead-acid powered things. 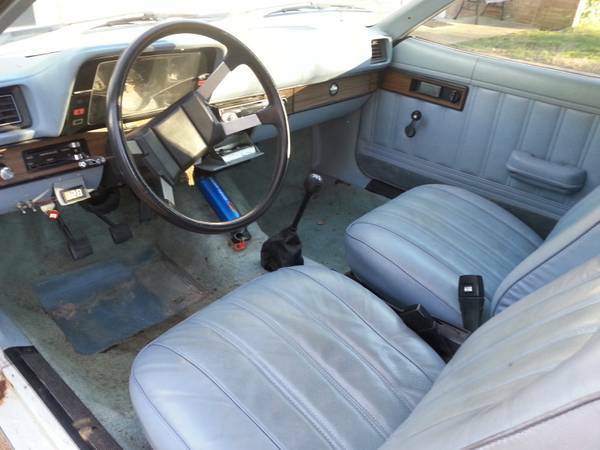 The Electric kept the original 4-speed manual gearbox and mounted a 23 horsepower DC electric motor where the gasoline engine used to be.  With batteries shoved EVERYWHERE possible (including the back seat space) the car is rumored to have a 45-60ish mile range, but the seller admits the older batteries installed only give a 20 mile range.  I’d be tempted to see if I could get a used Prius power pack (or two?) to make this thing lighter and better. 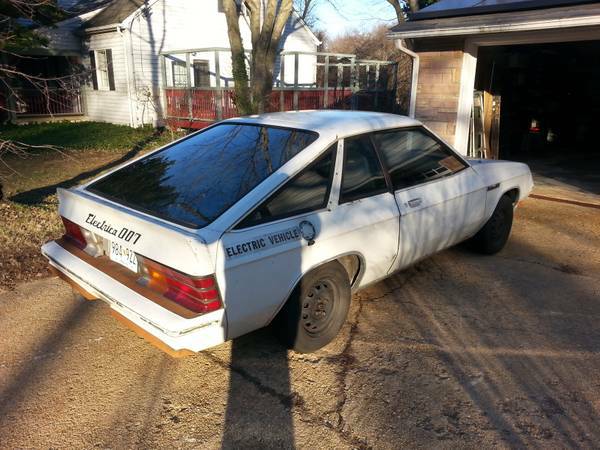 See a better way to one-up your neighbor with the new Tesla? tips@dailyturismo.com