Volvos haven’t always been boxy, but the car that started the trend was the 140 series. These were introduced in the mid/late ’60s and laid the groundwork for the 240 which was discontinued after the 1993 model year. If considered as one model lineup, it lasted for almost 30 years, meaning there are many different versions to choose from. The 2nd iteration of the 142 (2 door) has some of the sportiest styling of the bunch – what if you took it further and made a streetable racer? Aftermarket parts manufacturer/distributor ipd (Import Parts Distributing) did just that in the early ’70s, and this was their test car. Find this 1971 Volvo 142E on ebay with bidding near $10,000 (reserve met) in El Cajon, CA. Seller submission from Josh. 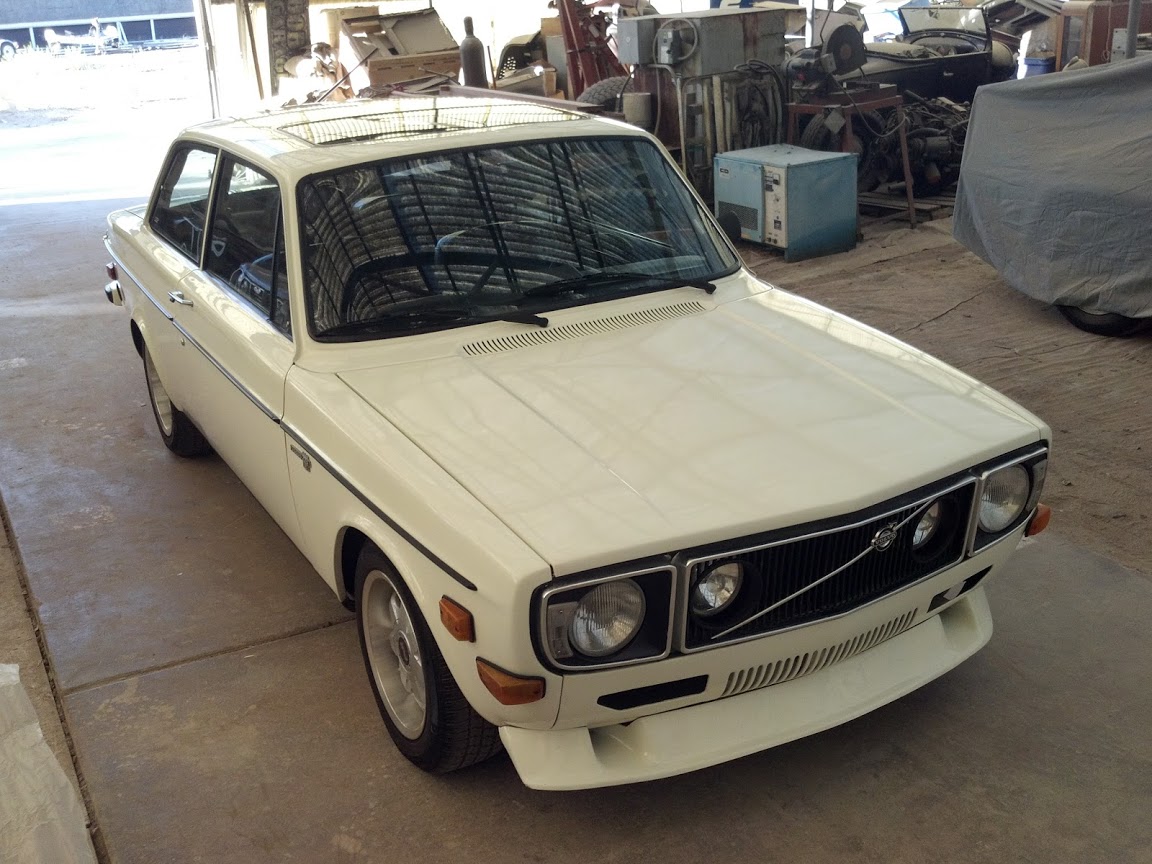 With the “shark nose” styling of the 140 and the revised fascia of the 1971-72 models, one could almost be forgiven for likening this car to a Swedish-American take on something like an Alpina-tuned BMW. And that’s pretty much what ipd was going for when they built it. Company owner Richard Gordon bought the car in the early ’70s, modified it for company use, and apparently kept it until 1999 when it was sold to a friend of the current seller. 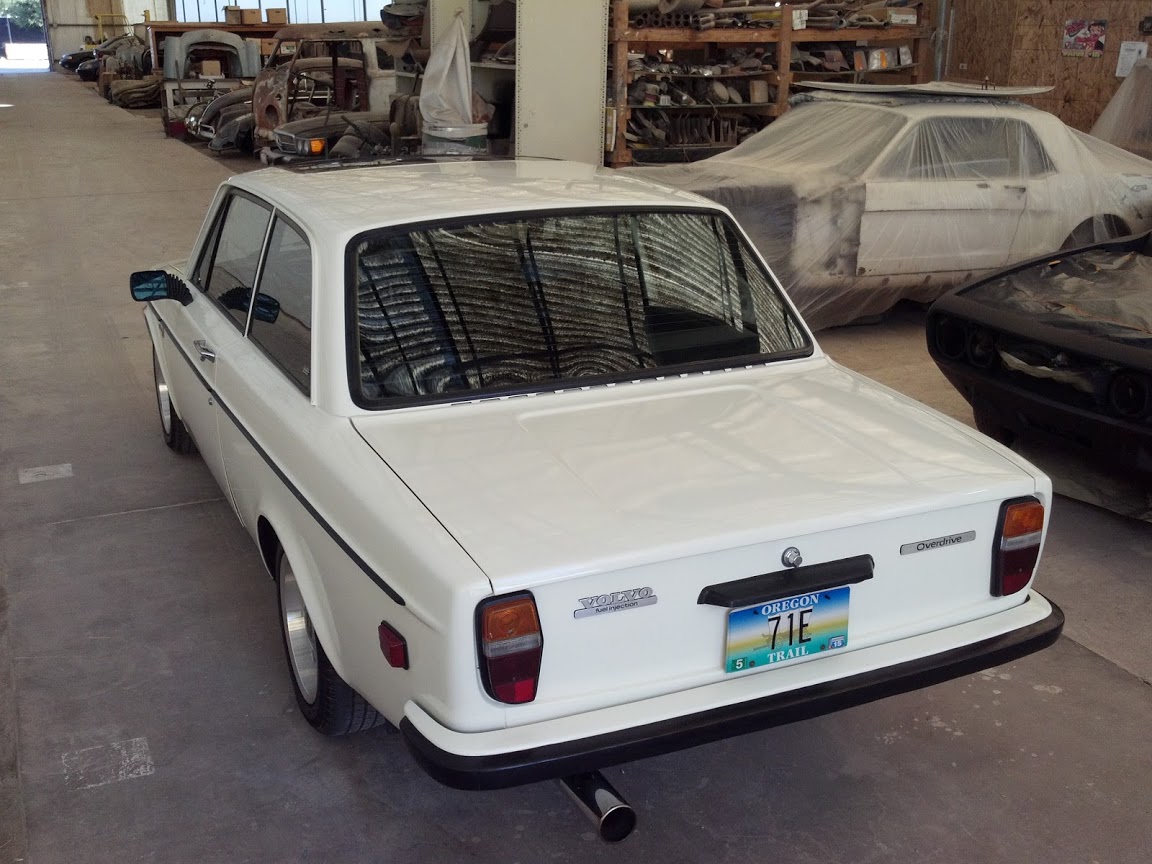 If you’re into older Volvos or 140s specifically, I don’t really need to tell you much about this car. But for those who aren’t: this was a development car for many of ipd’s 140 hop-up parts. It’s got a fully reworked suspension using ipd’s own anti-roll bars, springs, dampers and so forth. The engine was “built” although I’m not really sure what that entailed, and documentation is sparse. The Bosch D-Jetronic fuel injection system is still installed judging by the appropriate intake manifold and telltale honkuses on the injectors. 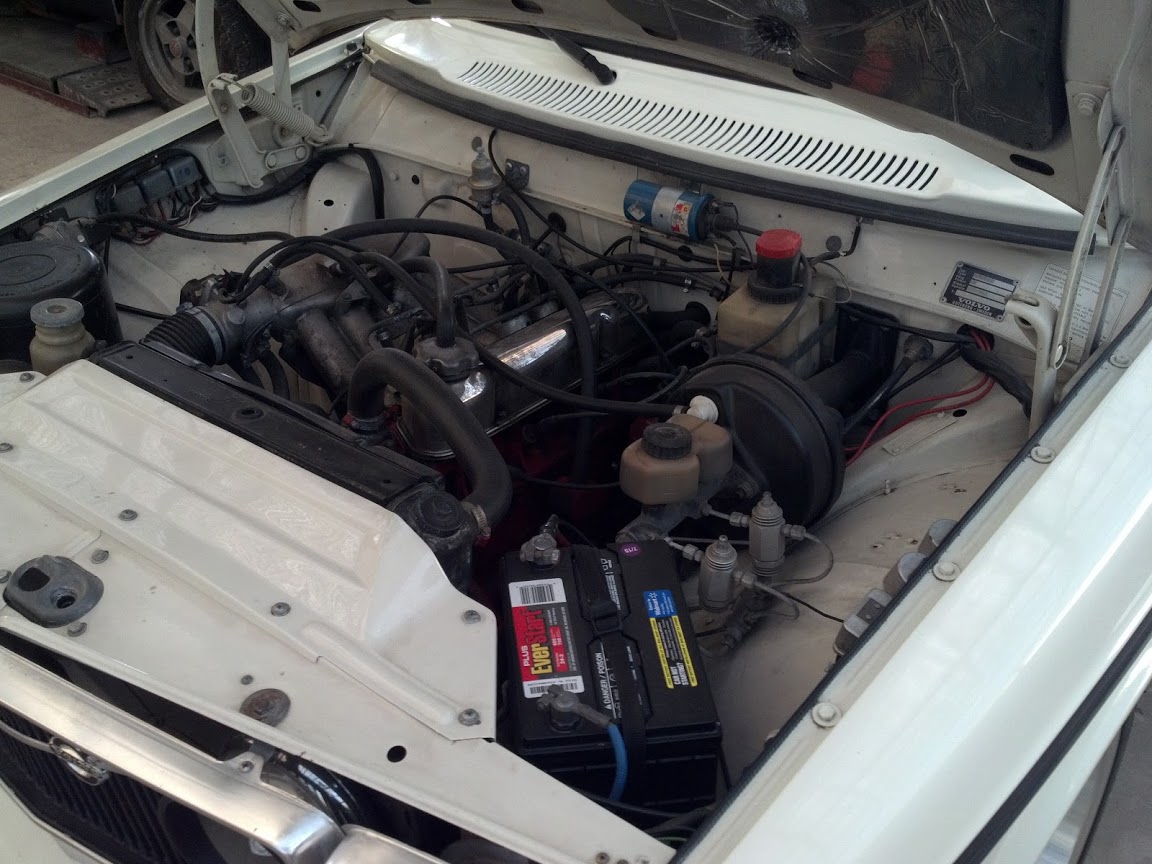 The exterior aesthetic gives off more of an ’80s vibe with the white/black theme, “turbo” mirror (only one), chin spoiler, and machined alloy wheels. The interior looks to be firmly stuck in the ’70s however which is not a bad thing. Road & Track featured this exact car in June 1974, which is a cool piece of trivia for impressing strangers at your neighborhood Halloween party, or for making them recoil in terror at your zeal for this old boxy curiosity. 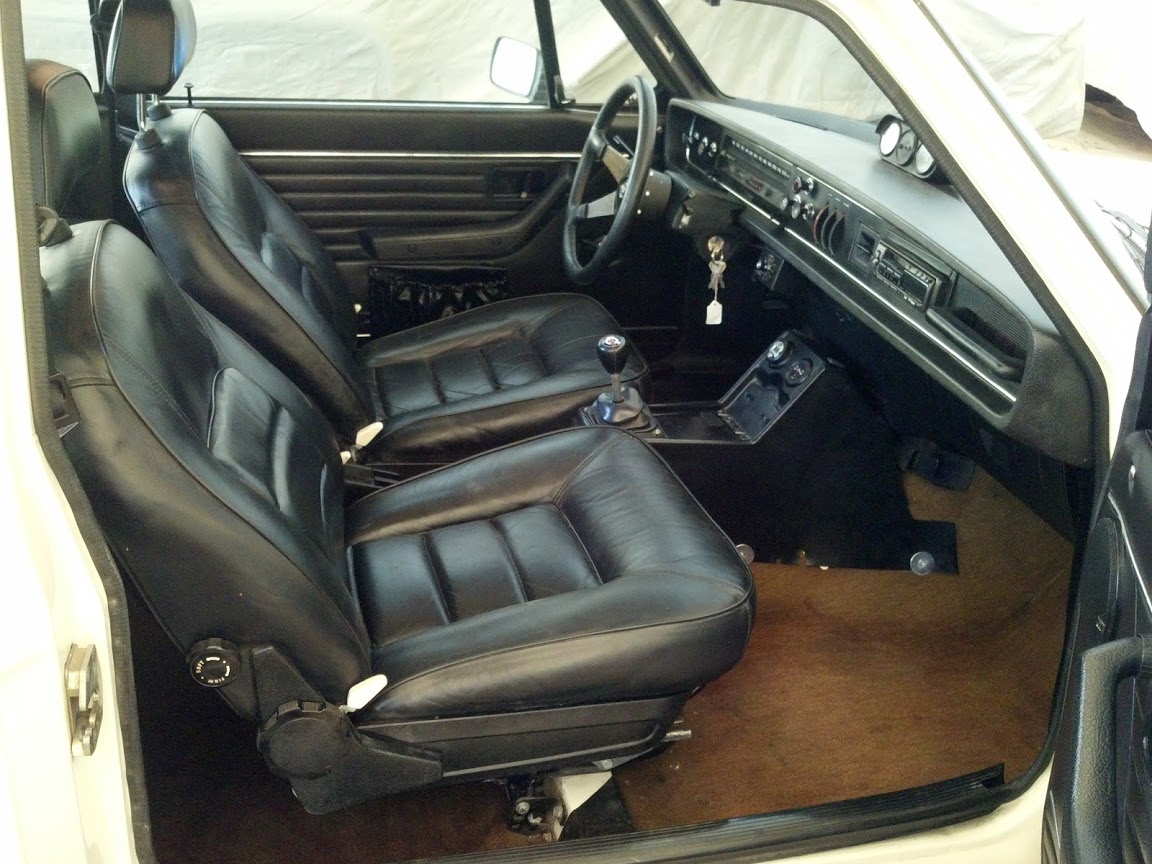 A bit more info can be found on ipd’s own page for this car, where the owner from 1999-on chimes in down in the comments saying that the car suffered a light wreck before being fully restored. The seller doesn’t mention that in the ebay ad, so I’d want specifics of the damage and how it was repaired if I was thinking about dropping 100 Benjamins or more on this 142. Interestingly enough, ipd also built an SCCA racer 142…which is not this car…but more on that one can be found here.

See a something something racecar something? email us here: tips@dailyturismo.com