Dick Dean was born Richard Dean Sawitskas, but ditched his unpronounceable and cringeworthy last name when an announcer at the 1959 Autorama car show gave it an impromptu shortening. A customizer by trade, Dick went on to run George Barris’ famous Kustom City, where he did much of the dirty work on classics like the Batmobile, Munster Koach, and others — but he also built a few custom VW based buggies, about 10 that were called the Shala-Vette.  Find this 1970 Shala-Vette offered for $15,000 in LA Inland Empire, CA via craigslist. Tip from Rock On! 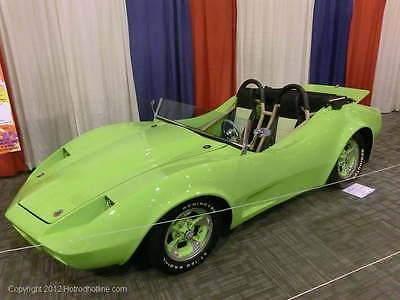 If you are wondering what a Shala-Vet is. It is a custom car built by Dick Dean. Dick Dean worked for George Baris of many vehicles for movies and TV. The Shala-Vet looks like a miniature Corvette with a VW engine. The first one was used in the original Death Race 2000 and driven by David Carradine as Frankenstein. Dick made 6 actual full Shala-Vet complete cars. He made many more kits to be used on VW’s. This Shala-Vet is one of the complete Shala-Vet’s Dick built. This is one that was used for car shows and has been restored. I don’t have the spare time to drive this as much as it needs. So, I’m selling it to go to a good home and someone that will give it the attention it deserves. I put up a few pictures and will have a video of it being driven soon. thank you 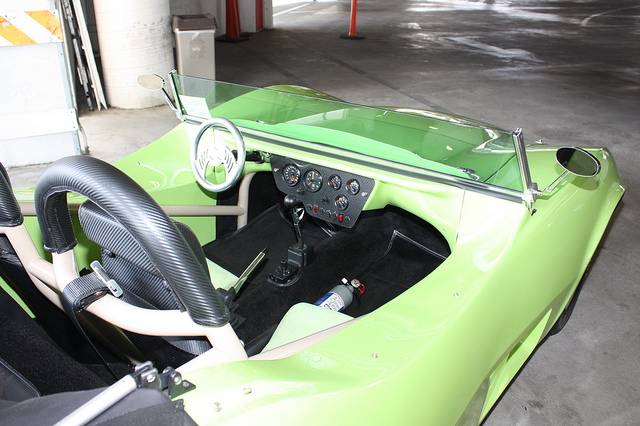