In the world of low volume ’50s roadsters, there are oddballs and then there are complete bizarro world lunatics.  This is the narwhal in the room…the twin tusked unicorn that was designed by French car builder Panhard to be sold into the US market — think of it like a poor man’s version of a Porsche 356 speedster, but setup like a Citroen DS– yup front engine, front wheel drive…and that engine is 2-cylinder boxer good for something like 35 horsepower give or take. With only 1390 lbs to haul around this little Frenchie should be fun to drive, just don’t expect it to be fast. Find this pair of 1953 Panhard Dyna Juniors here on eBay bidding for $3750 in Sacramento, CA with 4 days to go. 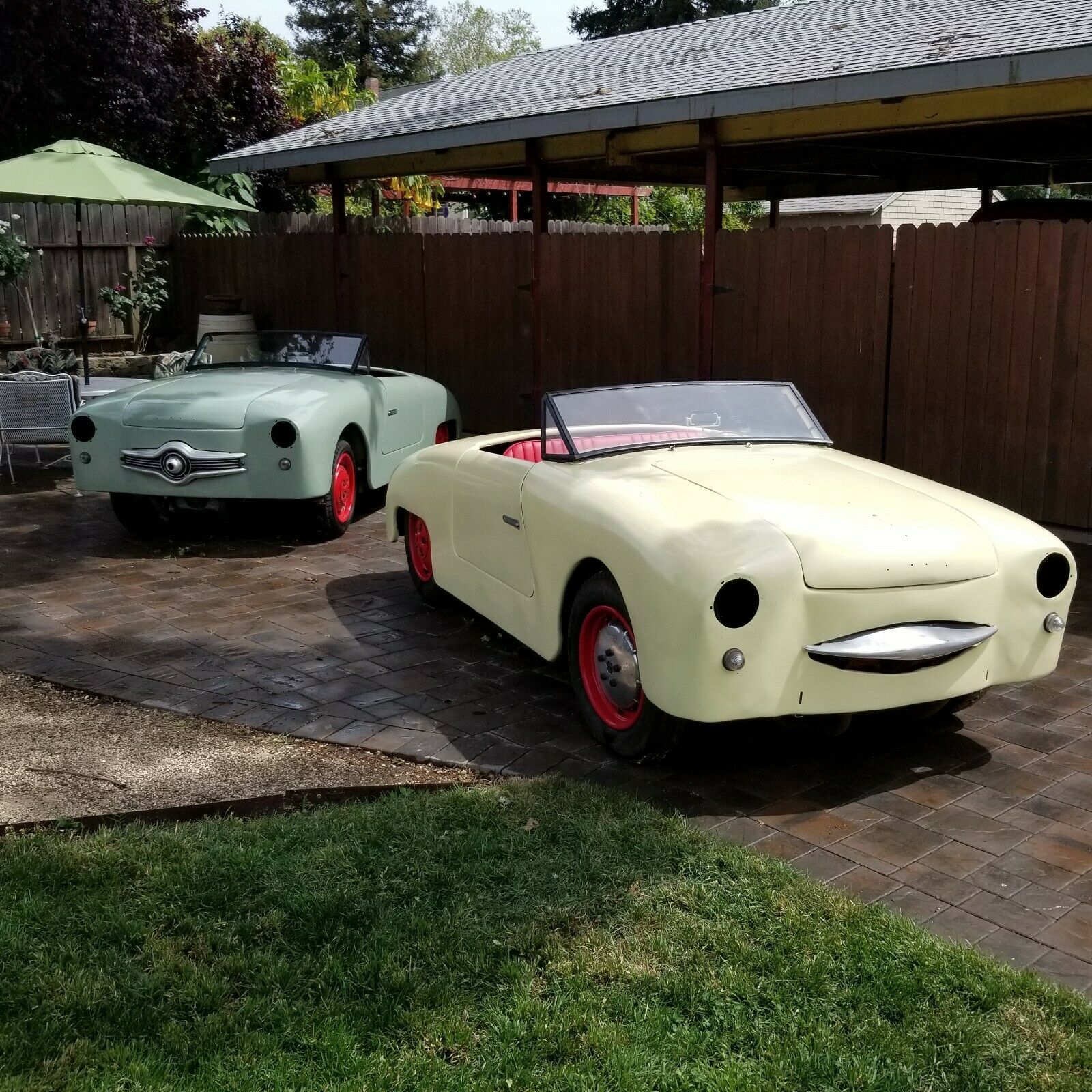 Please read this entire description before bidding on these two cars.  The winning bidder gets both cars for one bid, all the extra new and used Panhard parts, the Panhard tools, and all the Panhard manuals.  You will instantly become the Panhard Junior king of North America.

I decided years ago to restore a Panhard Dyna Junior.  After purchasing a 1953 Junior, I proceeded to acquire Panhard parts, manuals and tools. Then I acquired a second 1953 Junior. Note that each has a different grill design, as Panhard made changes mid-years.  These cars are all steel bodied and were manufactured in Paris, France.

I removed both one-piece bodies from the frame and spent considerable time and effort working on restoring these cars back  .  Unfortunately, many original parts were missing. 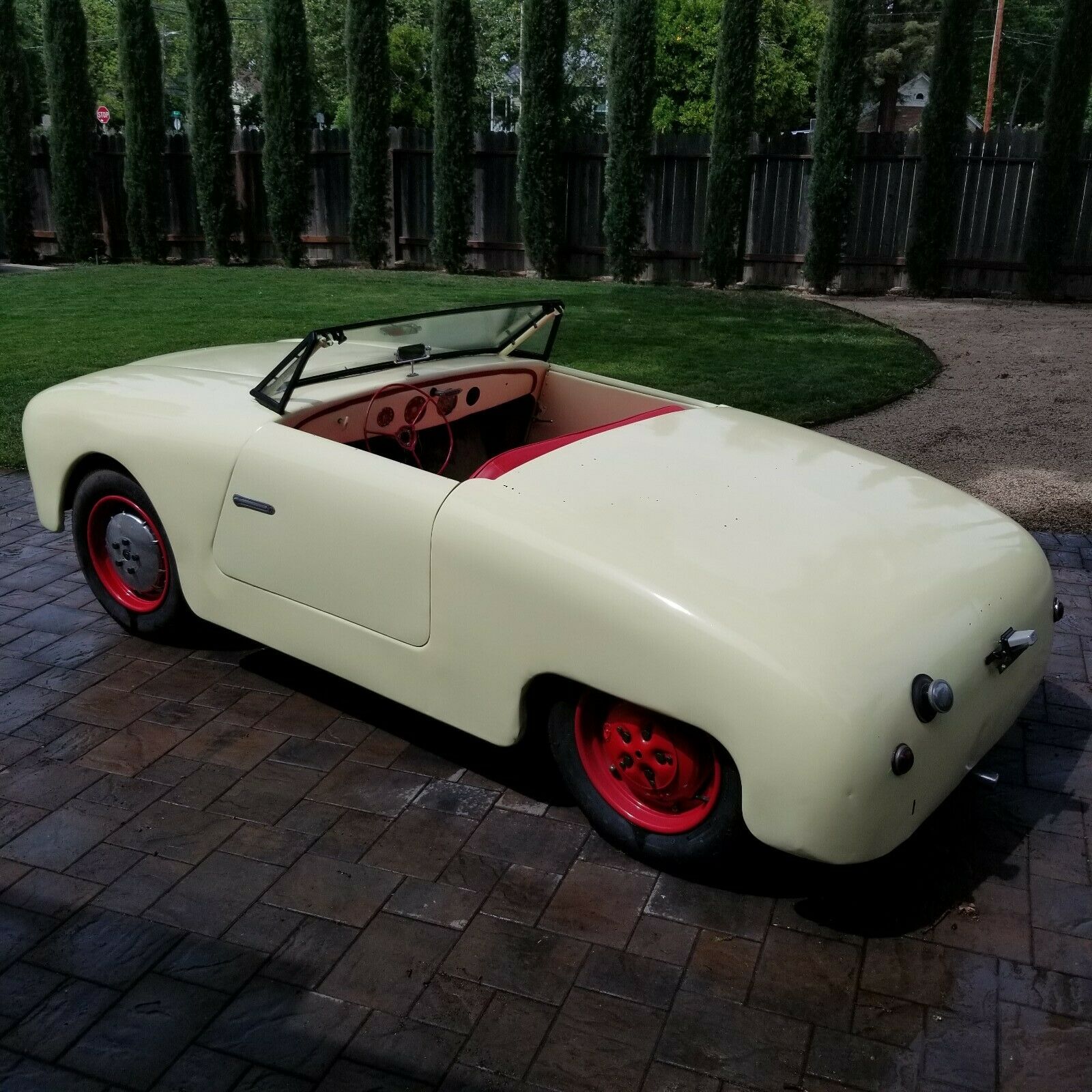 Yellow Junior (“Smiley”). The yellow Junior was a mere shell, but had the original dash instrument cluster and tachometer.  I had these two instruments professionally restored by Bob’s Speedometer in Michigan.  I was able to source the proper SEV distributer with mechanical tach drive from Joel Brunel in Paris.  Tach works great.  Smiley’s engine is upgraded with a larger carburetor and aluminum timing wheel. The four-speed transmission is a PL17 model adapted to the Dyna ball joint shifter.  Smiley has four original and very rare Junior wheel rims with new Excelsior Racing 5.00X15 tires and tubes.  Smiley has two front aluminum bigger brake drums from a later Panhard.

Green Junior (“Olive”). The green Junior was also a shell that had been modified for track racing.  It had no dash, no windshield, and had been altered to accept hydraulic tube shocks in the front.  I was able to repair the damaged shock mounts to original, and sourced an original Dyna dash with gages from Northern France. I fabricated a copy of the original windshield frame from Smiley’s original windshield. I had custom tempered glass made for this copy frame.  Olive’s engine also has the aluminum timing wheel installed.  The four-speed transmission is a PL17 model adapted to the Dyna ball joint shifter.  Olive has five original Junior wheel rims with new Michelin 135-380 correct tires and tubes. 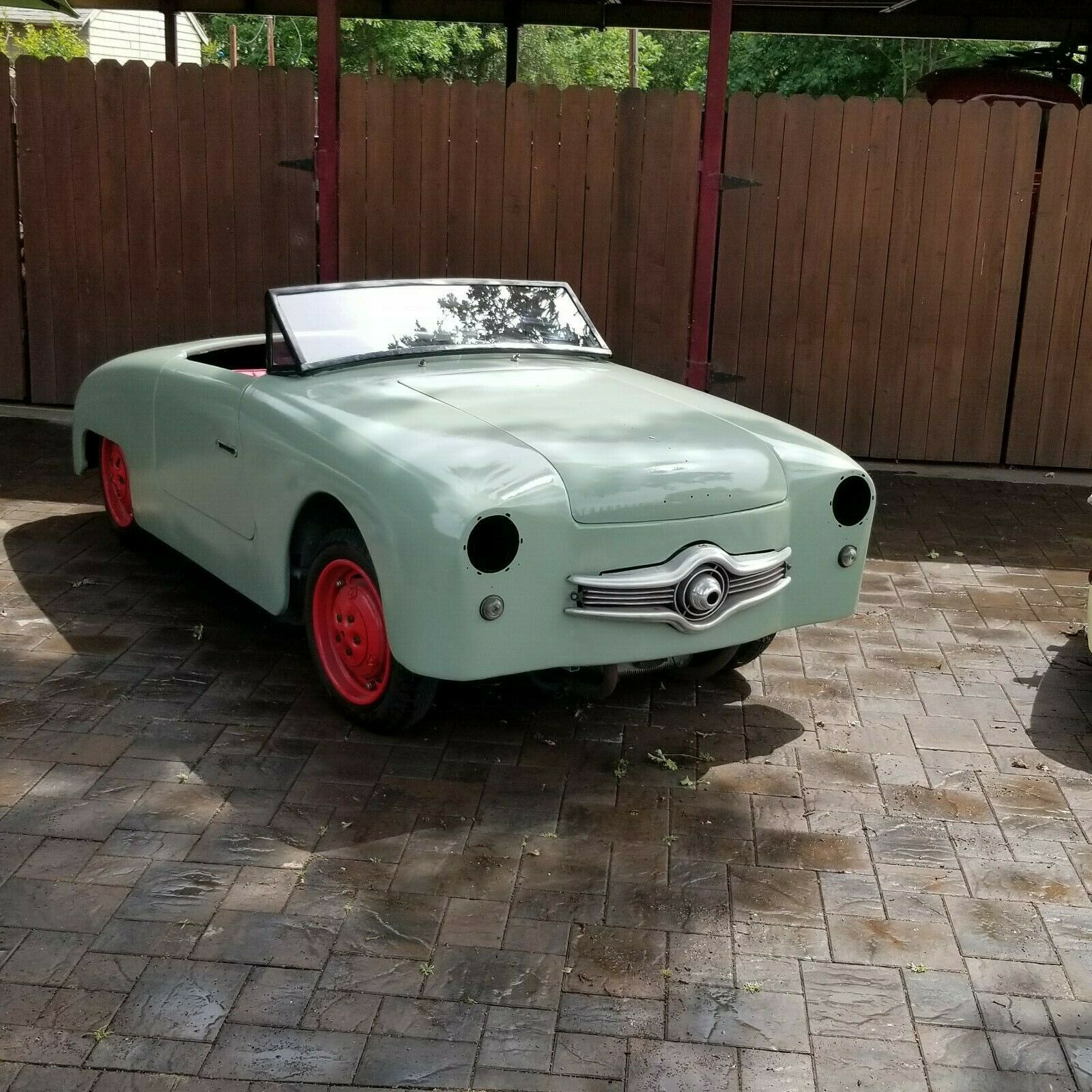 Smiley’s inside door panels were in rough shape (cabriolet had roll up windows), and Olive had no inner panels (roadster had no windows).  So I fabricated my own matching steel inner door panels.  The original door handles are all complete and work well, with one exterior handle missing.  I fabricated a complete and correct new floor for Smiley.  Olive’s floor pan was in good shape and required minimal repairs. Olive has a perfect body.  Smiley had suffered front end damage in the past and therefore has some bondo.  There are no bumpers on either car.  There are no headlights (5 inch diameter) for either car.  The hoods open well with the original support posts. 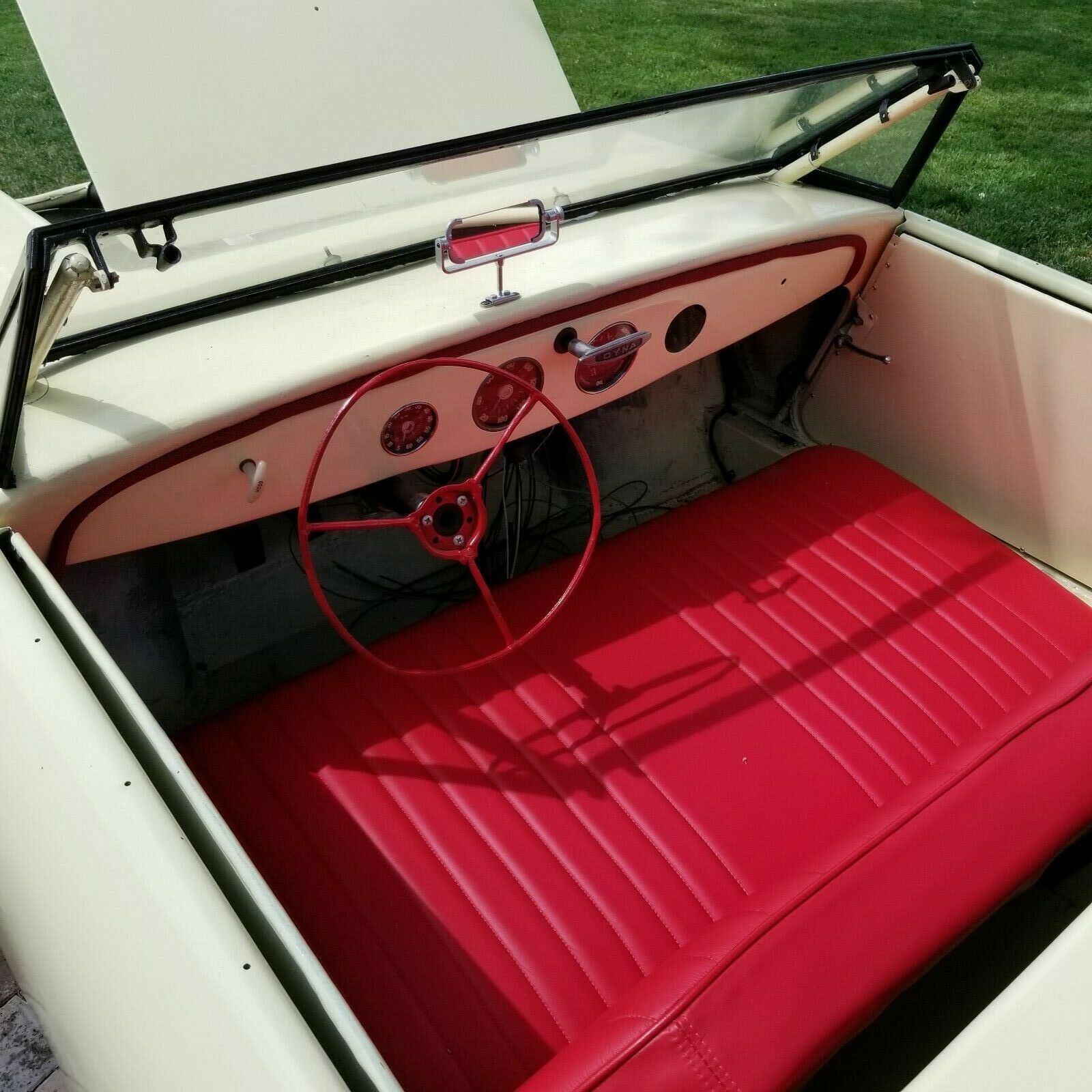 Several years ago I was able to get both cars running fine, and was in the process of rewiring them with modern harness kits (the original cars were wired without fuses).  Then all work stopped and the cars were put in storage under car covers.  Fast forward to today, and due to life changes, they will not be finished by me. Sad to see them go. 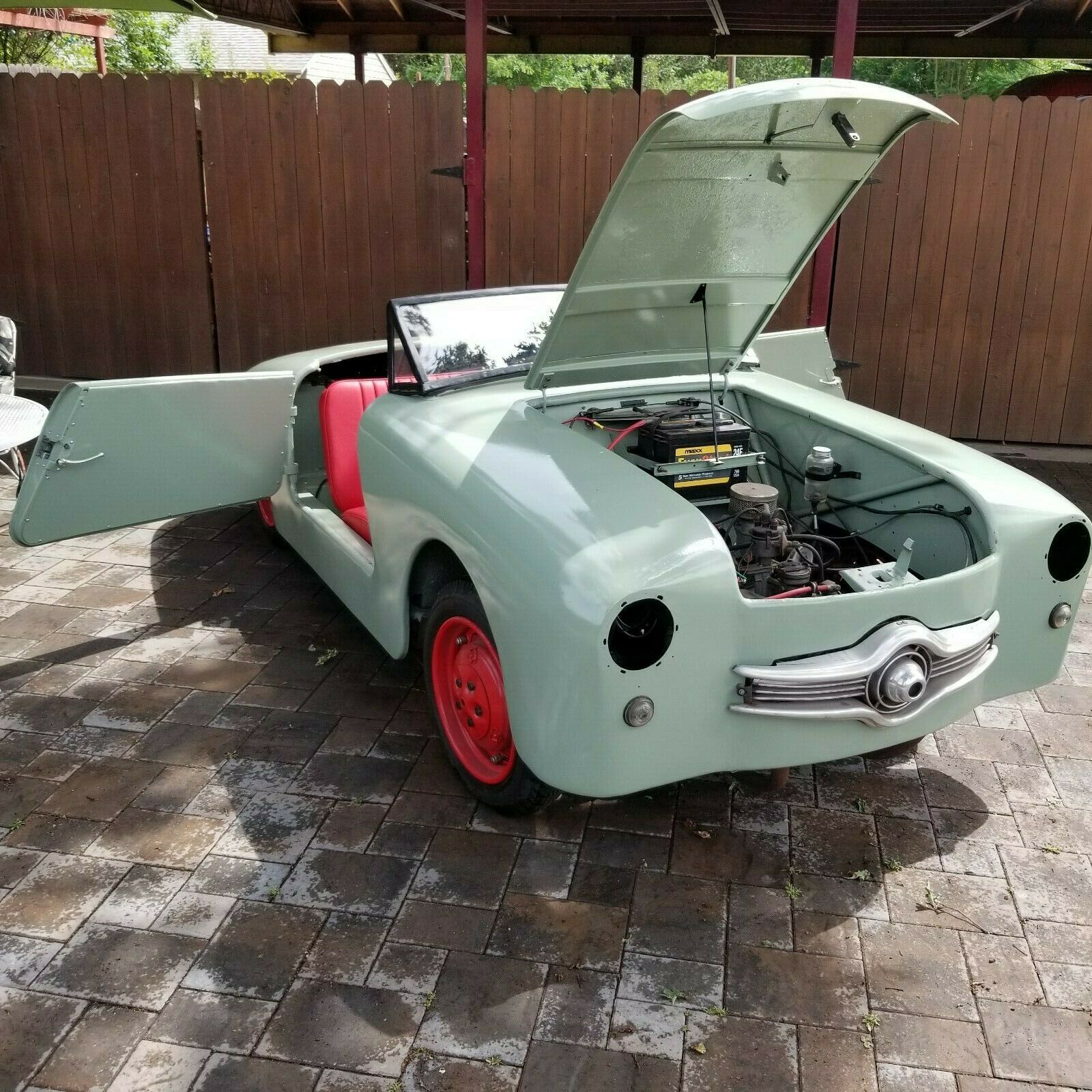 Along with these two cars go all the extra parts (new and used) accumulated over the years.  I have two engines and another transmission.   I have an extra new aluminum timing wheel. Boxes of used parts.  Included are many original and modern Panhard manuals. The tools include many factory tools, as well as some homemade tools.

I have clear California titles in my name for both cars with the title VINs matching both the VIN numbers on the firewall data plate and stamped on the frame.  The cars can be stored at my house for 30 days after sale.  Please send me an email of you have any questions. Jeff 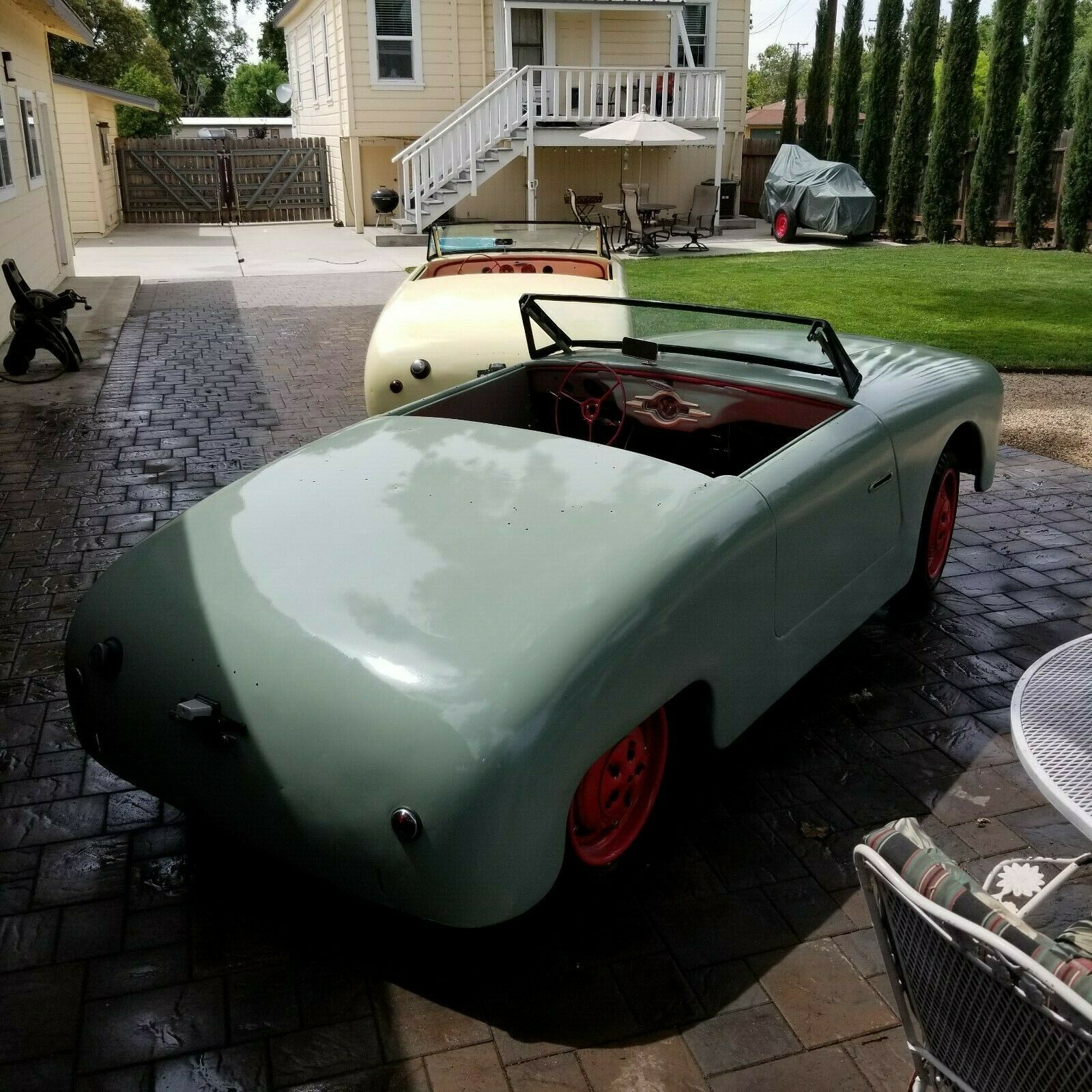 See a better way to drive something rare? tips@dailyturismo.com